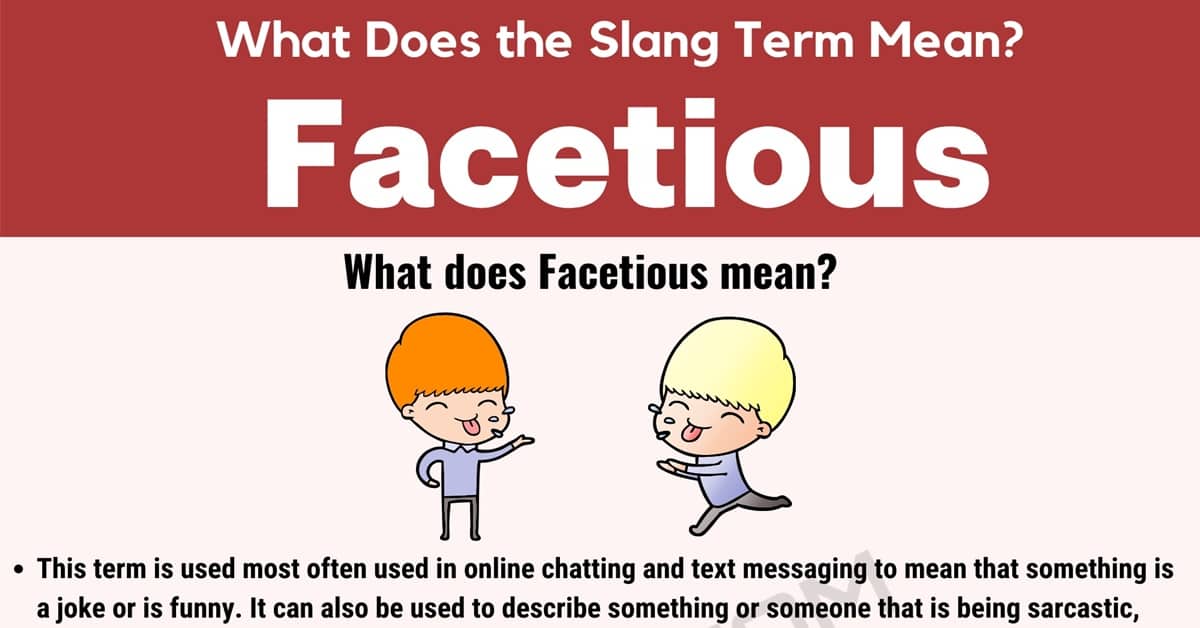 The term “facetious” is not a slang term. It is an actual word that is used as a part of every day vocabulary by some. If you have recently heard or seen this word used and were wondering its meaning, then you have come to the right place.

Here you will find the meaning of this slang term, the story of its origin, and other meanings it could possibly have. Some example conversations are featured here as well to highlight the proper usage of the term and hopefully aid you in gaining a deeper understanding of its meaning. Finally, you will learn some alternative words that share the same or similar meaning with the original term that you can use in place of the original to convey the same message.

What Does Facetious Mean?

This term is used most often used in online chatting and text messaging to mean that something is a joke or is funny. It can also be used to describe something or someone that is being sarcastic, witty, or amusing often inappropriately.

This term is derived from the French word “facẻtie” which means “joke.” This French term was derived from the Latin terms “facetus” and “facetia” meaning “witty” and “jest” respectively. The term has been used since the late 16th-century in the manner of the meaning stated above. 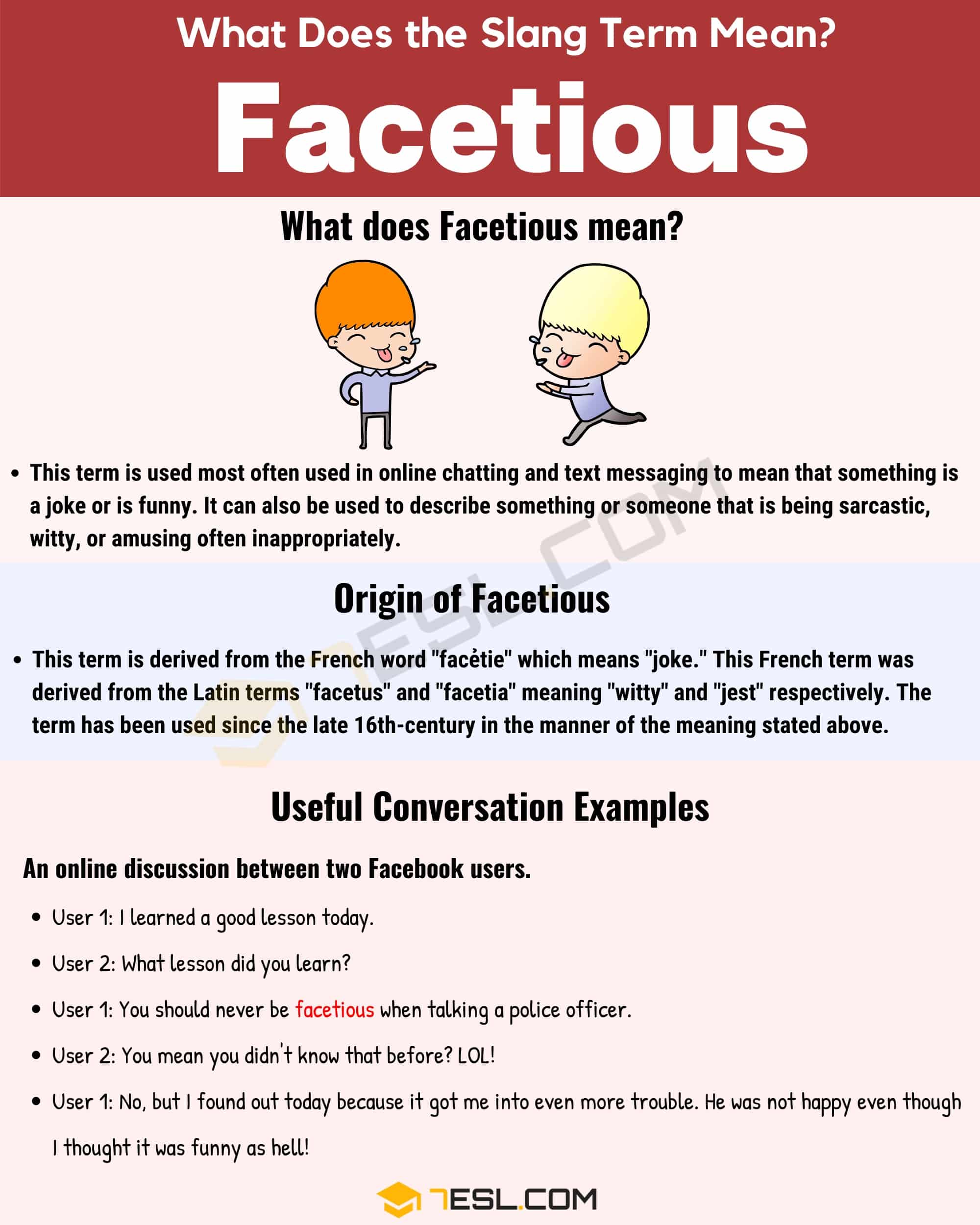