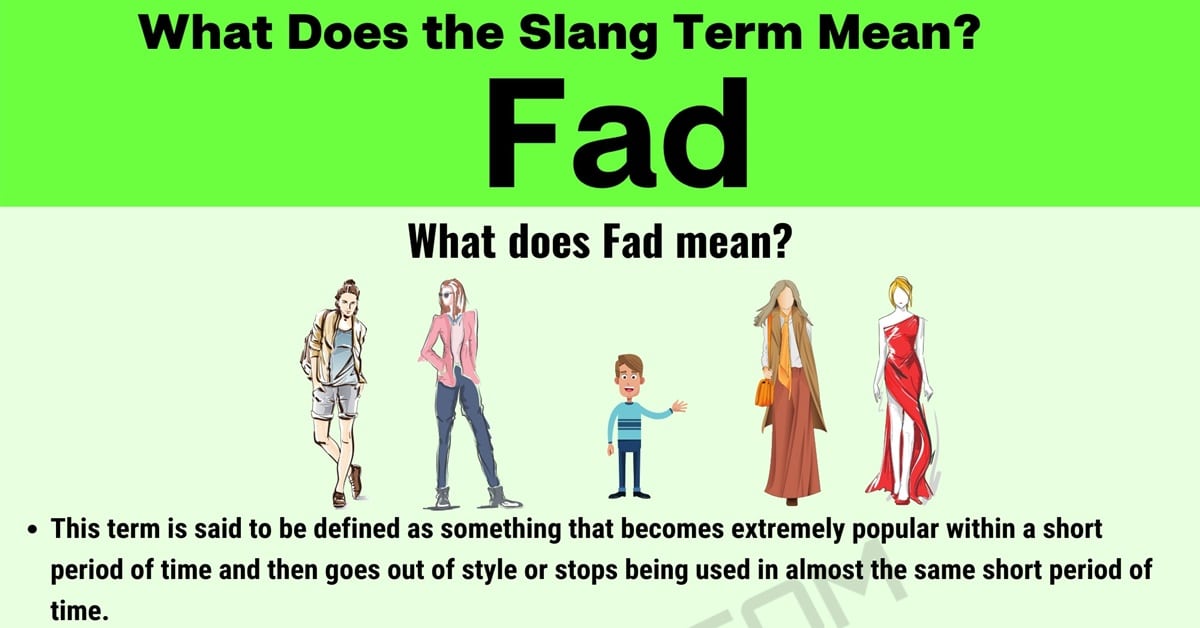 What does Fad mean? Nearly everyone you meet could give you some kind of example of a fad. However, if you found yourself here because you are wondering what does this term mean exactly, then you have come to the right place. Here you will find the meaning, but in addition, you will also find some information regarding the origin of this slang term and some other meanings.

You will also find some conversation examples showing how to properly use this term in context so you can get a better understanding of its definition. Finally, you will see some synonymous words or phrases that you can use in place of this term to relay the same or similar message.

What Does Fad Mean?

The term that is used in this manner of speaking to mean some sort of “fashion craze” or just a “craze” can be dated back to 1881.

There are many other alternative meanings listed for this term as an acronym. There are too many options to list them all here, but a few examples of what this term can represent as an acronym are “from a distance,” “Friday afternoon drinks,” “Facebook addiction disorder,” “find a dress,” and “fu**-a-duck.”

There are several synonyms that you can use to replace this slang term in a sentence to convey the same meaning. Some of the alternative words you could use include: 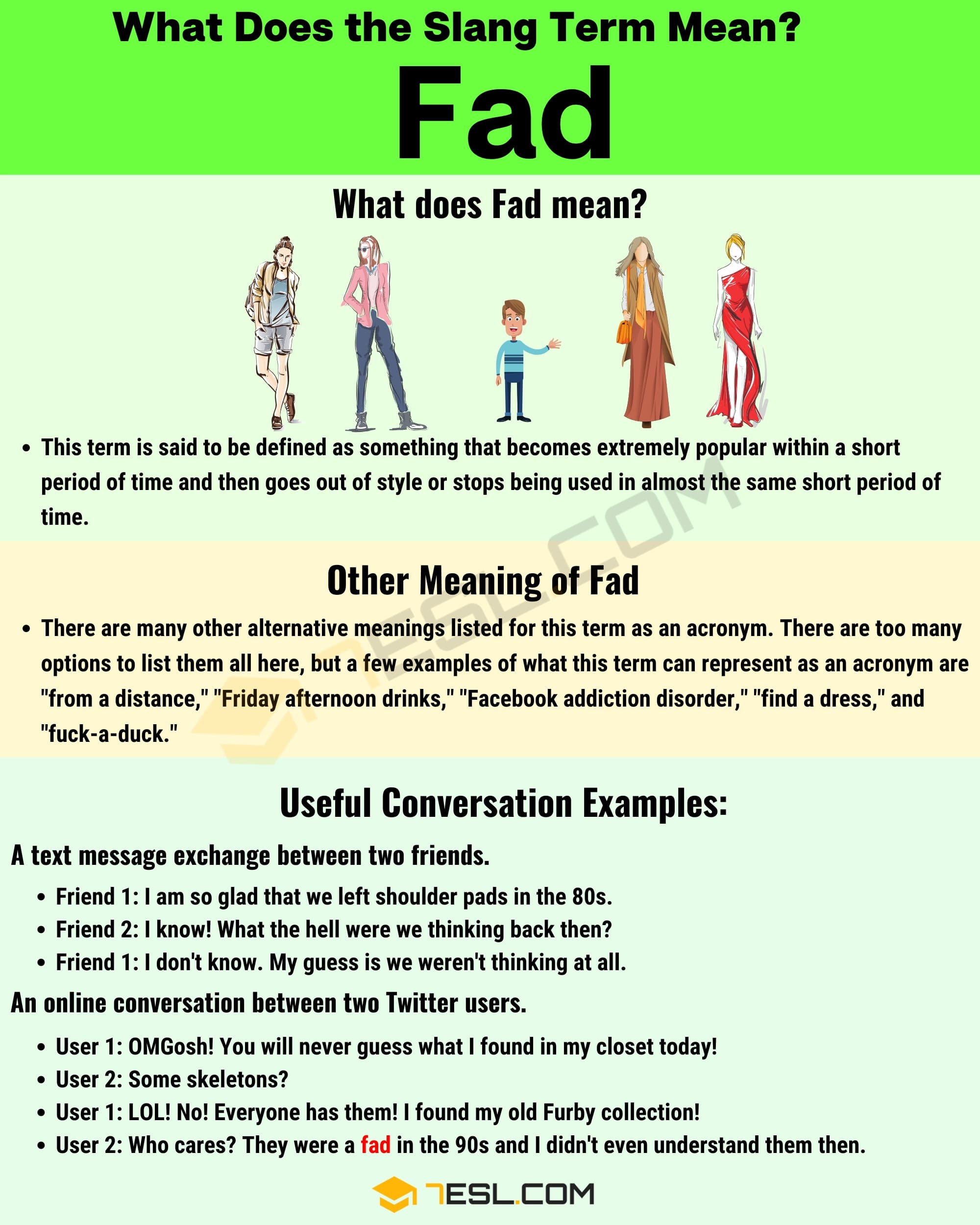