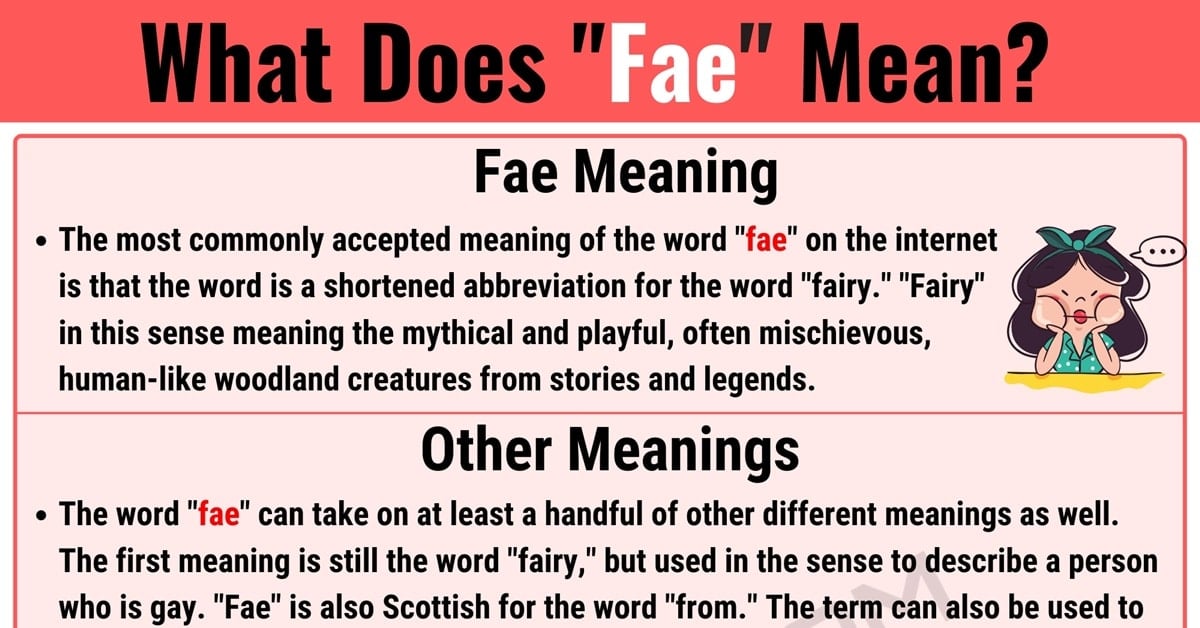 Depending on where you tread on the internet, you may have come across the unique term “fae” at some point. If your journey led you to this word and then led you here because you were wondering about this term, then you have come to the right place.

Here you will not only the meaning of this slang term, but also the story if its origin if there happens to be one and other meanings that exist. As a means to assist with further comprehension, you will see some example conversations using this term properly and find some other words or phrases to use in place of the term “fae” that relate the same thought.

What Does Fae Mean?

The most commonly accepted meaning of the word “fae” on the internet is that the word is a shortened abbreviation for the word “fairy.” “Fairy” in this sense meaning the mythical and playful, often mischievous, human-like woodland creatures from stories and legends.

There is no known information on the origin of the term “fae” at this point.

The word “fae” can take on at least a handful of other different meanings as well. The first meaning is still the word “fairy,” but used in the sense to describe a person who is gay. “Fae” is also Scottish for the word “from.” The term can also be used to mean a very good friend. “FAE” can also be an acronym for the job title of a “Field Applications Engineer.” Finally, the word “fae” can be used as an abbreviation for the word “female” and appears commonly in roleplaying scenarios and online gaming.

There are several words that you can use in substitution of the slang term “fae.” Some of these alternate words you can use to convey the same meaning include: 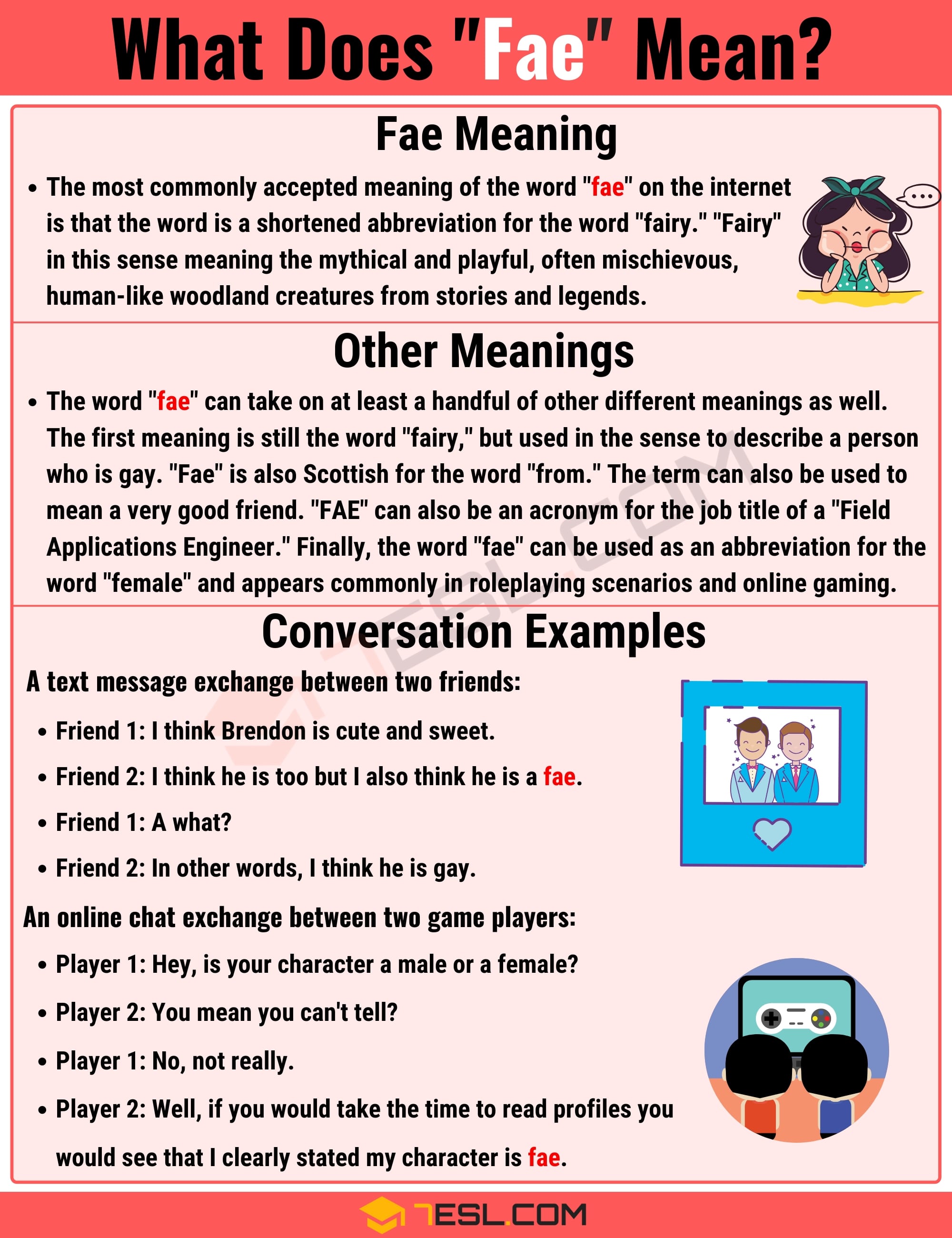 You missed a meaning…. This from my very Irish and French Grandmother: she used the word to mean “touched in the head” or in today’s vernacular, emotionally or rationally unbalanced.