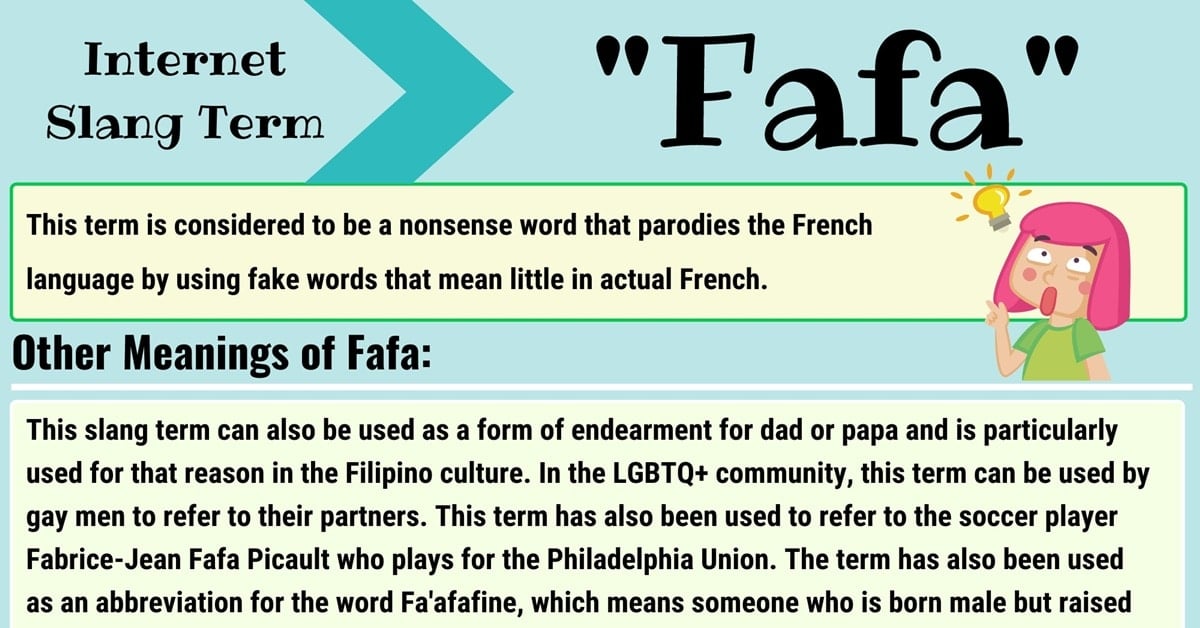 You will also see some conversation examples for you to read through to help you further understand the meaning of this term in its most commonly used form. Finally, you will see some synonyms for this term if there are any other words or phrases that can be used in place of this term and still convey the same meaning.

What Does Fafa Mean?

This term is considered to be a nonsense word that parodies the French language by using fake words that mean little in actual French.

The term originated from a popular television show called Flight of the Conchords. This comedic television show airs in New Zealand and one of the episodes featured one of the main characters singing a song called “Foux Du Fafa” to try and impress a girl. The song consisted of simple, beginner-level French words strung together and made no sense. The song made viewers in New Zealand and throughout the world laugh and it became popular for this reason as a nonsensical word.

This slang term can also be used as a form of endearment for dad or papa and is particularly used for that reason in the Filipino culture. In the LGBTQ+ community, this term can be used by gay men to refer to their partners. This term has also been used to refer to the soccer player Fabrice-Jean Fafa Picault who plays for the Philadelphia Union. The term has also been used as an abbreviation for the word Fa’afafine, which means someone who is born male but raised as a female. 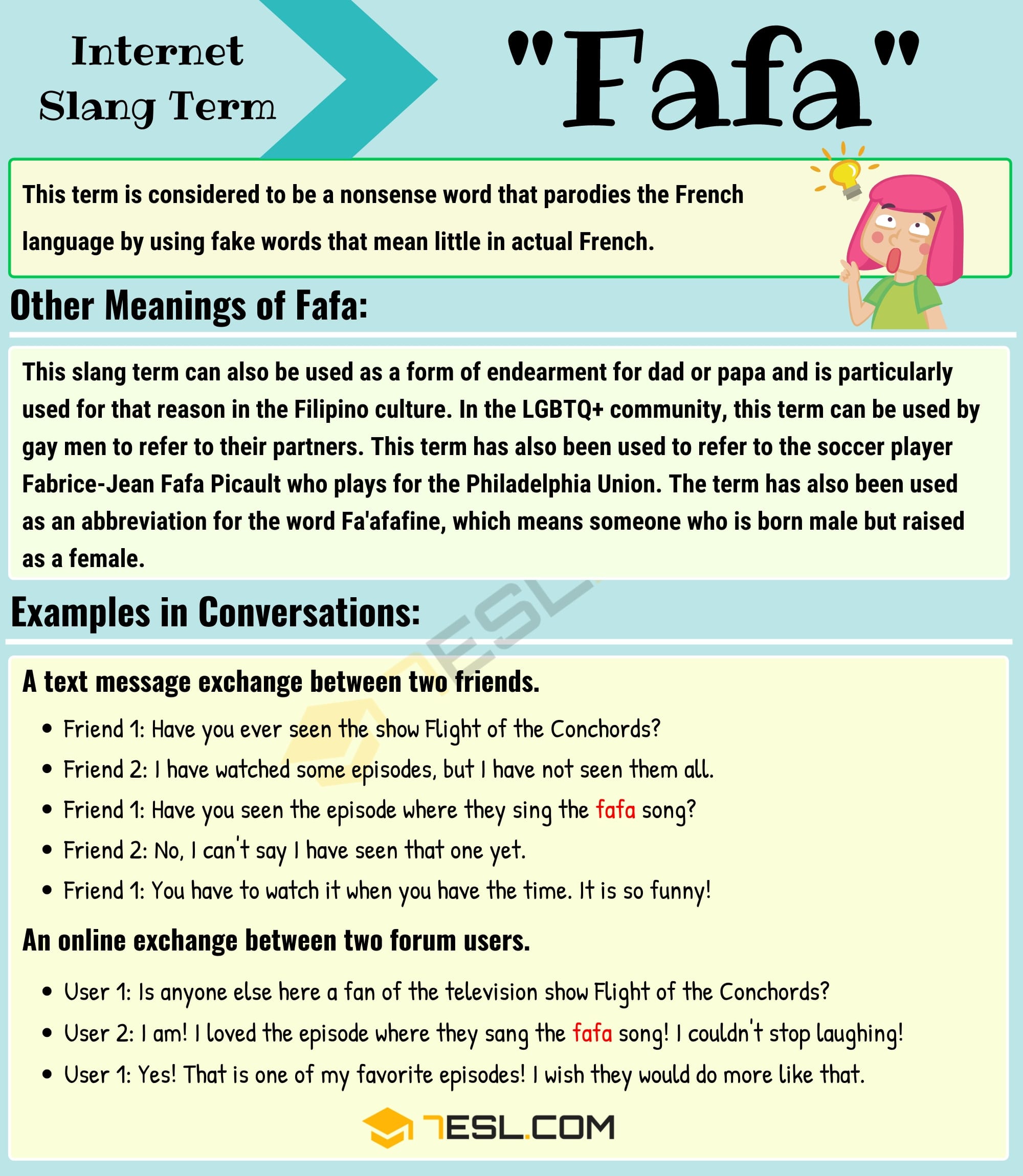