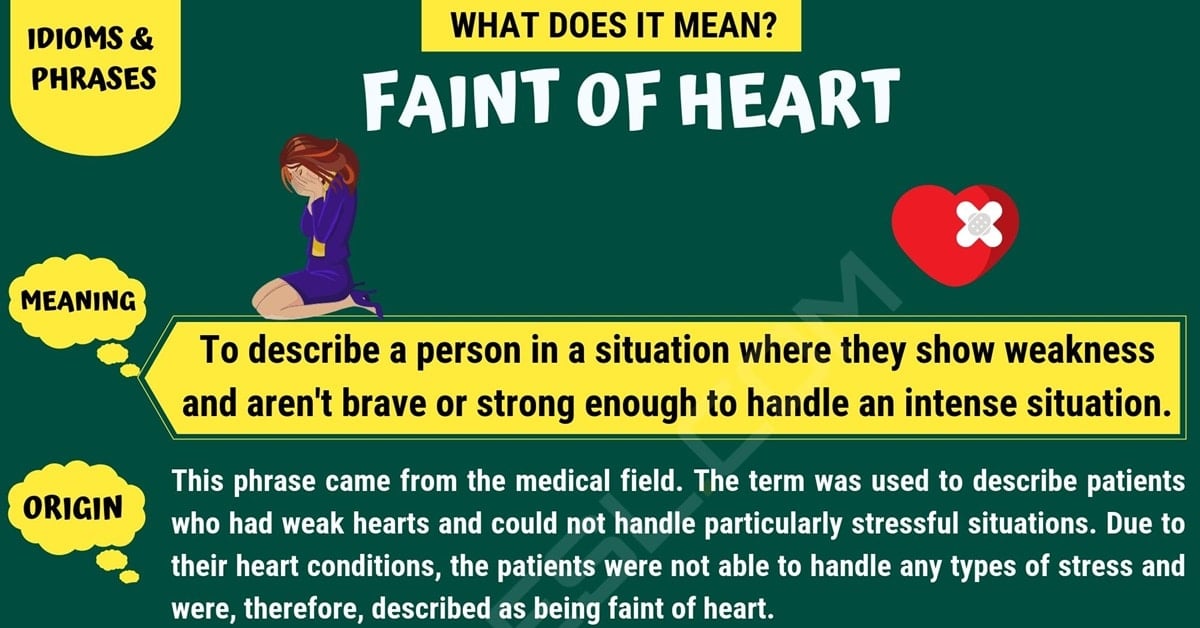 Faint of Heart! Idioms are phrases that use figurative language to relate a thought or feeling. “Faint of heart” is a popular idiom used in regular conversation every day. Here you will find the meaning of this phrase, the origin of the phrase, examples of how it is used in conversation/statements and other ways you can say to convey the same meaning.

The meaning of the phrase “faint of heart” is used to describe a person in a situation where they show weakness and aren’t brave or strong enough to handle an intense situation.

This phrase came from the medical field. The term was used to describe patients who had weak hearts and could not handle particularly stressful situations. Due to their heart conditions, the patients were not able to handle any types of stress and were, therefore, described as being faint of heart.

An example using this phrase in a news story on television.

An example of this statement used by pro football player.

An example used in conversation between two friends.

An example used in conversation between a mother and daughter.

Other Ways to Express “Faint of Heart”

Some of the other ways you can express the same meaning in conversation include stating someone is a coward, chicken, not brave, weak. 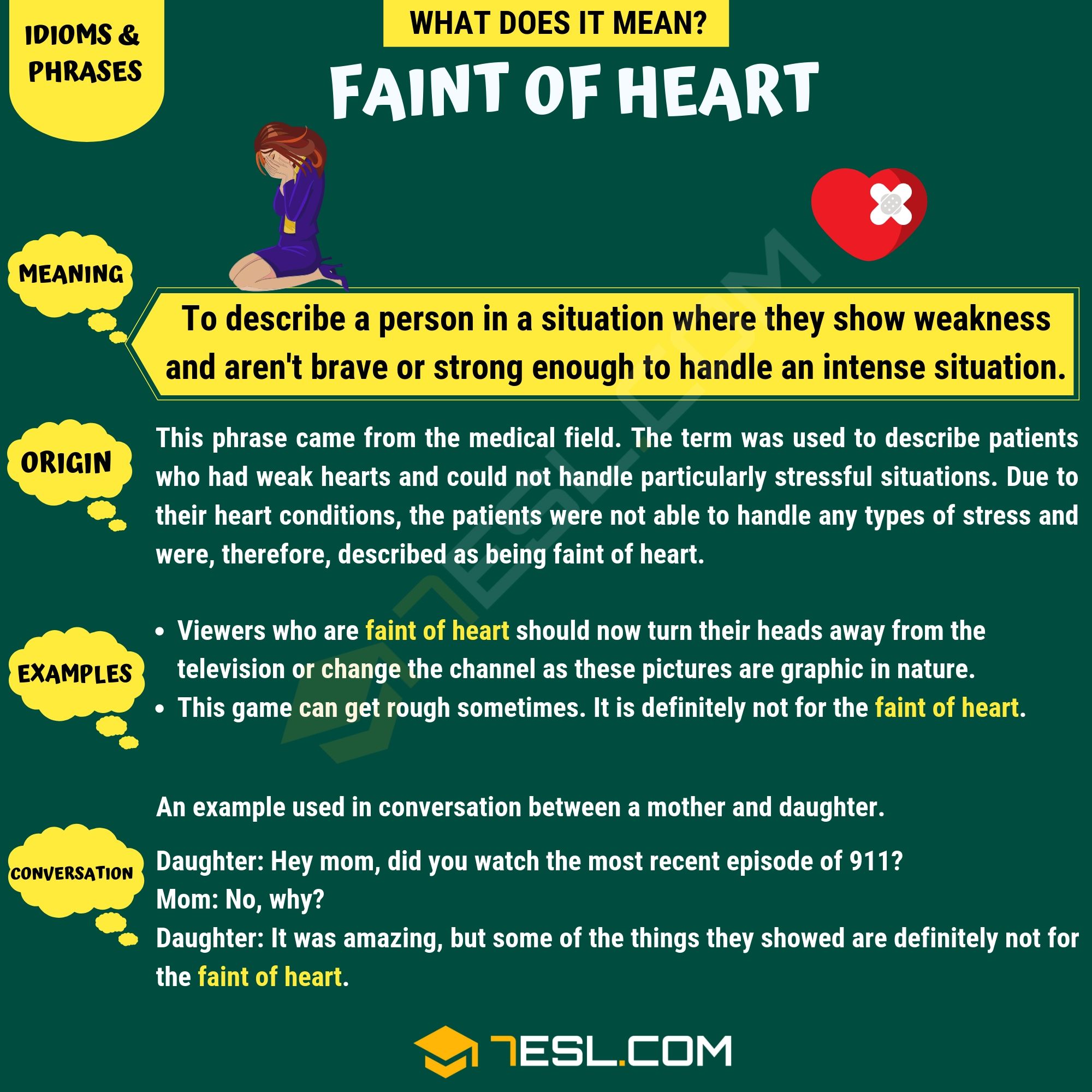 wait i am not strong enough.

sooooooooooo you are not strong enough!