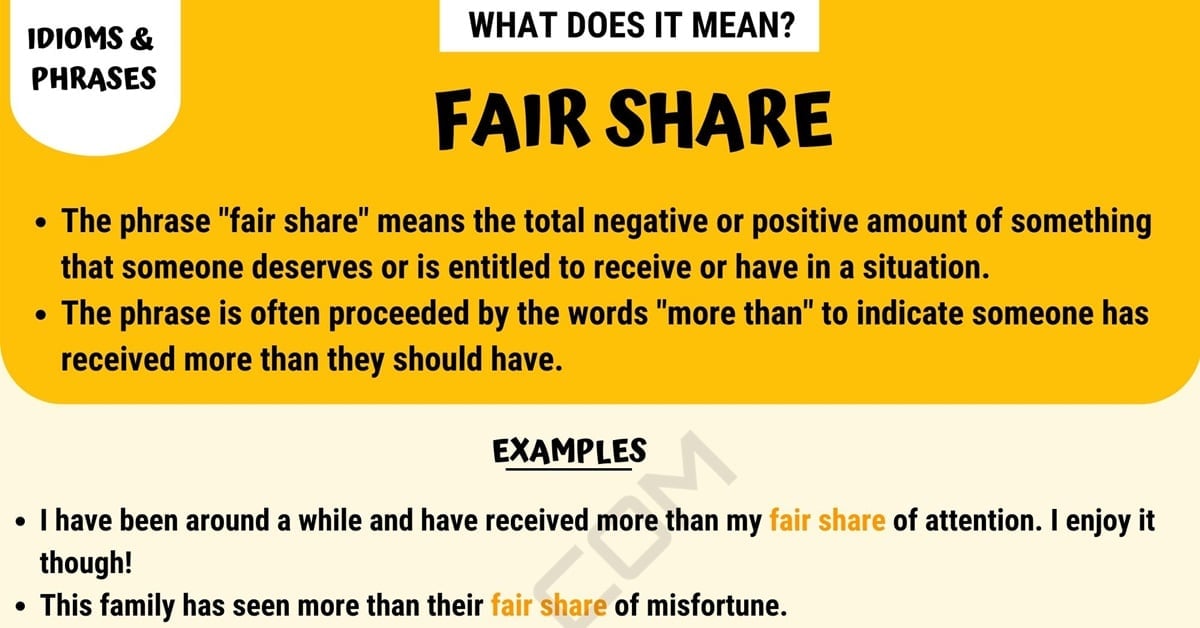 The phrase “fair share” may be a phrase that you encounter often in everyday conversation and writing. Here you will find the meaning of this phrase and the information regarding its origin. You will also find examples of how to properly use this phrase in conversations/statements and discover alternative ways to say this phrase while still conveying the same meaning.

The phrase “fair share” means the total negative or positive amount of something that someone deserves or is entitled to receive or have in a situation. The phrase is often proceeded by the words “more than” to indicate someone has received more than they should have.

The phrase “fair share” is simply two words paired together based on their meanings to make the meaning of the phrase. The definition of the word fair here is used as an adverb to mean don’t cheat and take more than you are entitled to.

The word “share” in this phrase is used in this phrase as a noun to mean an equal part of something. Used in combination it means that you have received the right amount or part of something without cheating and taking more than you deserve. The word fair has been used in this sense since 1776 and share has been used since the 1590s. One can only assume that the phrase “fair share” began being used after 1776.

An actress speaking on the red carpet during an interview.

A statement made in a local news report about a family.

As is the case with most phrases, the phrase “fair share” can be said is many different ways. Some of the other ways you can say this phrase and convey the same meaning include: 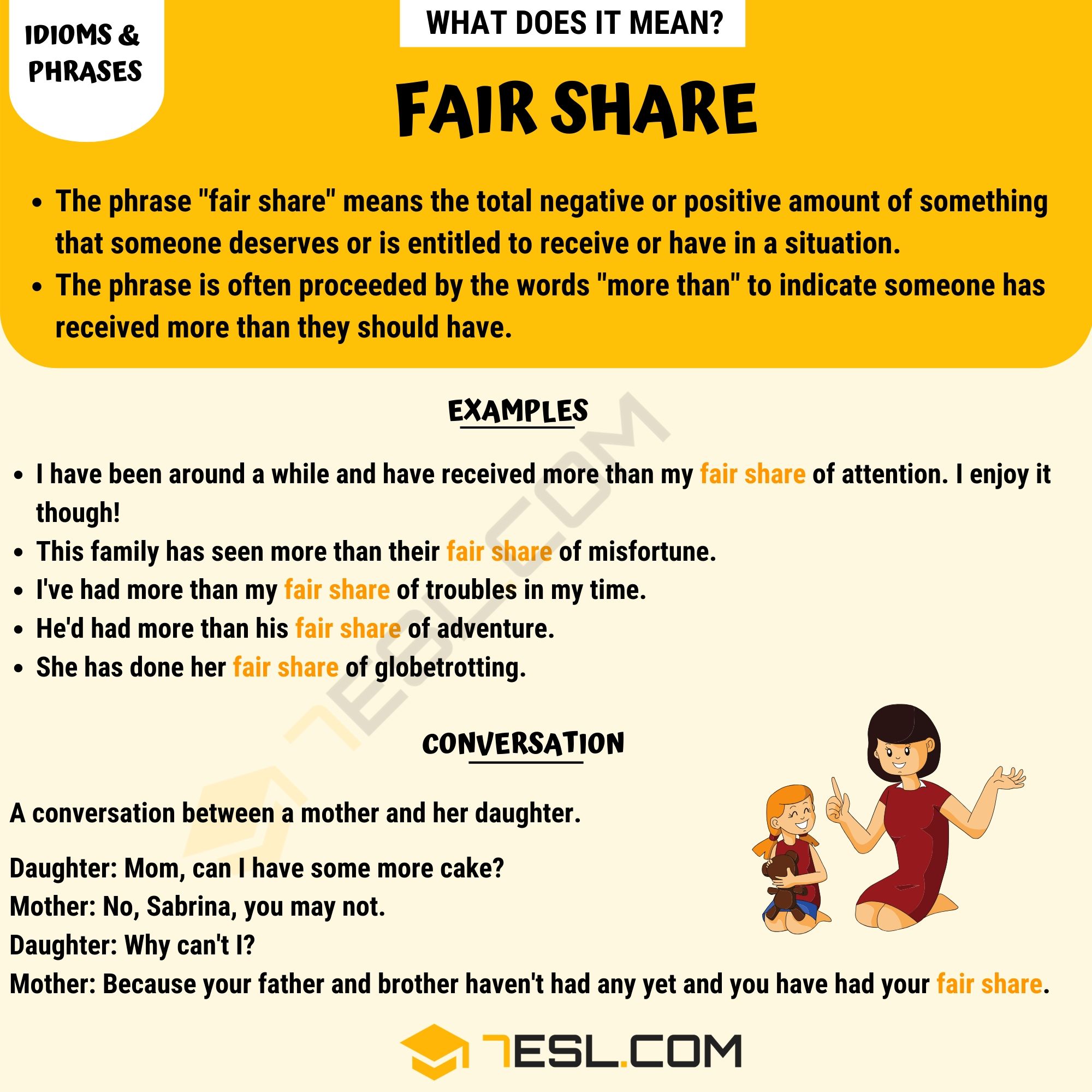