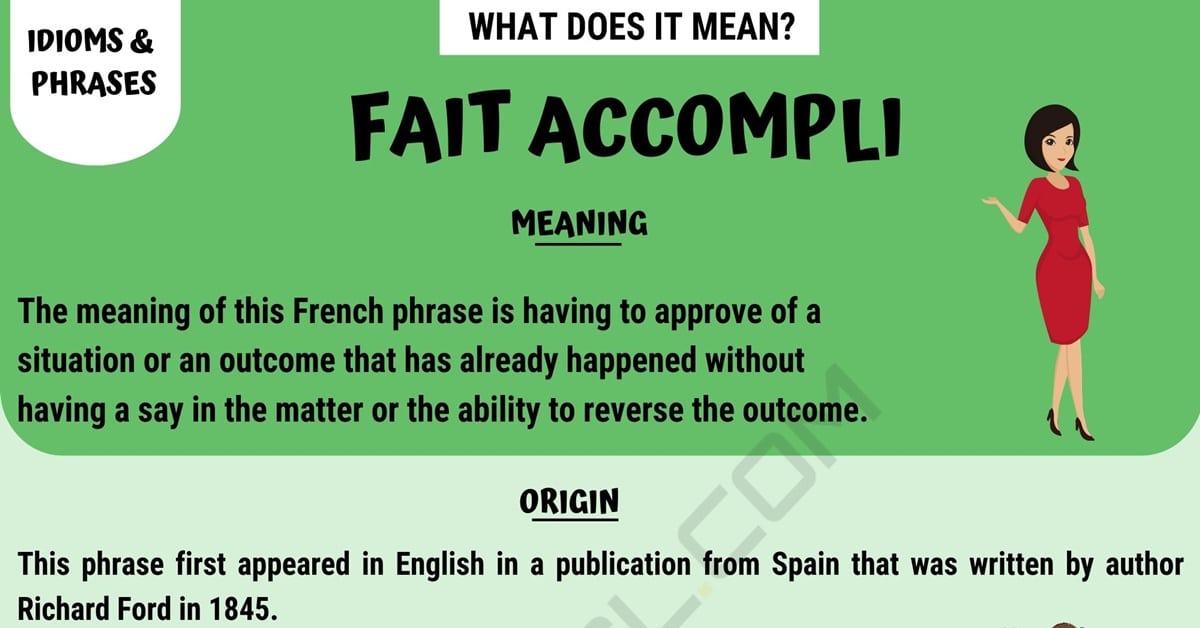 Learn the definition of the idiom “Fait Accompli”. All idiomatic phrases are figurative language that is used to convey thought and/or feeling during conversation. These types of phrases are generally considered informal and should only be used in informal speech or writing. One of the idioms used today is the phrase “fait accompli.” Here you will find the meaning of this idiom, the origin of its use, examples of how to properly use the phrase in everyday conversations/statements and other ways to state the same meaning in a literal sense.

The meaning of the French phrase “fait accompli” is having to approve of a situation or an outcome that has already happened without having a say in the matter or the ability to reverse the outcome. When directly translated from French to English, this term means a proven fact that has been accomplished prior.

This phrase first appeared in English in a publication from Spain that was written by author Richard Ford in 1845.

A statement made in the local paper about a recent business merger.

A statement made by a sportscaster on the radio.

Other Ways to Say “Fait Accompli”

There are many other ways “fair accompli” can be said in a literal sense. As a matter of fact, the term itself is quite literal, it is just in a different language. The term “fait accompli” can also be said what’s done is done or it happened and there is nothing that can be done to change it. 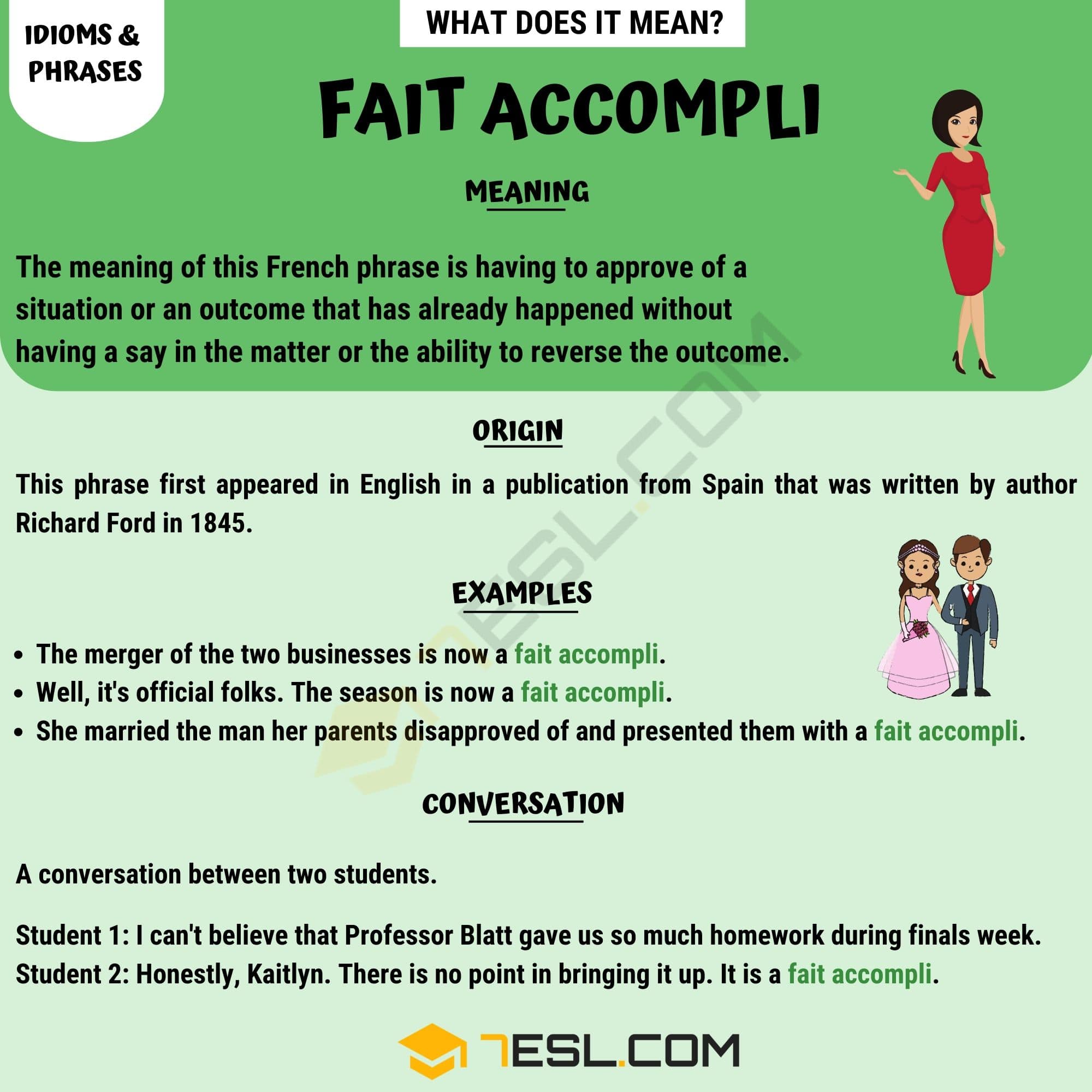