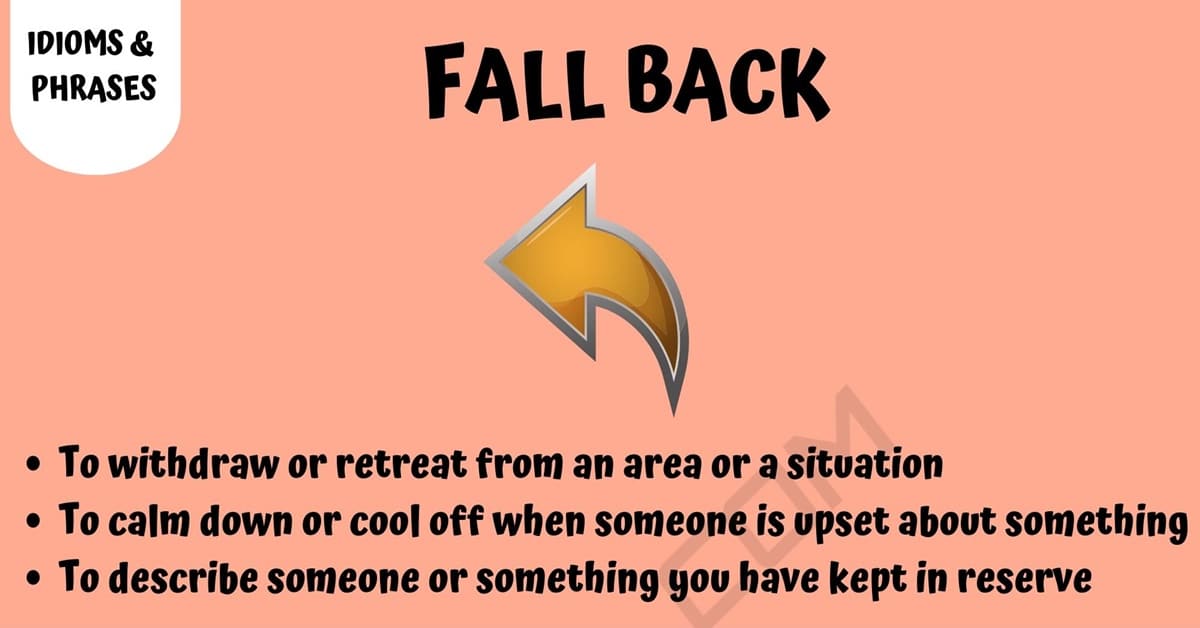 The idiomatic phrase “fall back” is one that you may hear used frequently in everyday conversation and writing. Here you will find the meaning of this phrase and the information behind its origin. You will also find some examples of how to properly use this phrase in conversations/statements and example of how this phrase can be said in other terms to convey the same meaning.

The idiomatic phrase “fall back” has multiple meanings. The first meaning is to withdraw or retreat from an area or a situation. It can also mean to calm down or cool off when someone is upset about something. The third meaning is used to describe someone or something you have kept in reserve. When the phrase is used, you must listen to the context it is being used in to successfully identify the meaning that is implied.

Although there is little information about the origin of this phrase, it is believed to have been derived from the military meaning to retreat in the 1600s. The other meanings have been derived over time as the phrase was used for other purposes.

A statement made in the local newspaper about the town’s finances.

A statement made by a celebrity during an interview for a popular entertainment magazine.

A conversation between two friends talking about their upcoming camping trip.

Other Ways to Say “Fall Back”

Like all idiomatic phrases, “fall back” can be said in many different ways. Some of the other things you could say to convey the same meaning include:

What does “Fall Back” Mean? | Picture 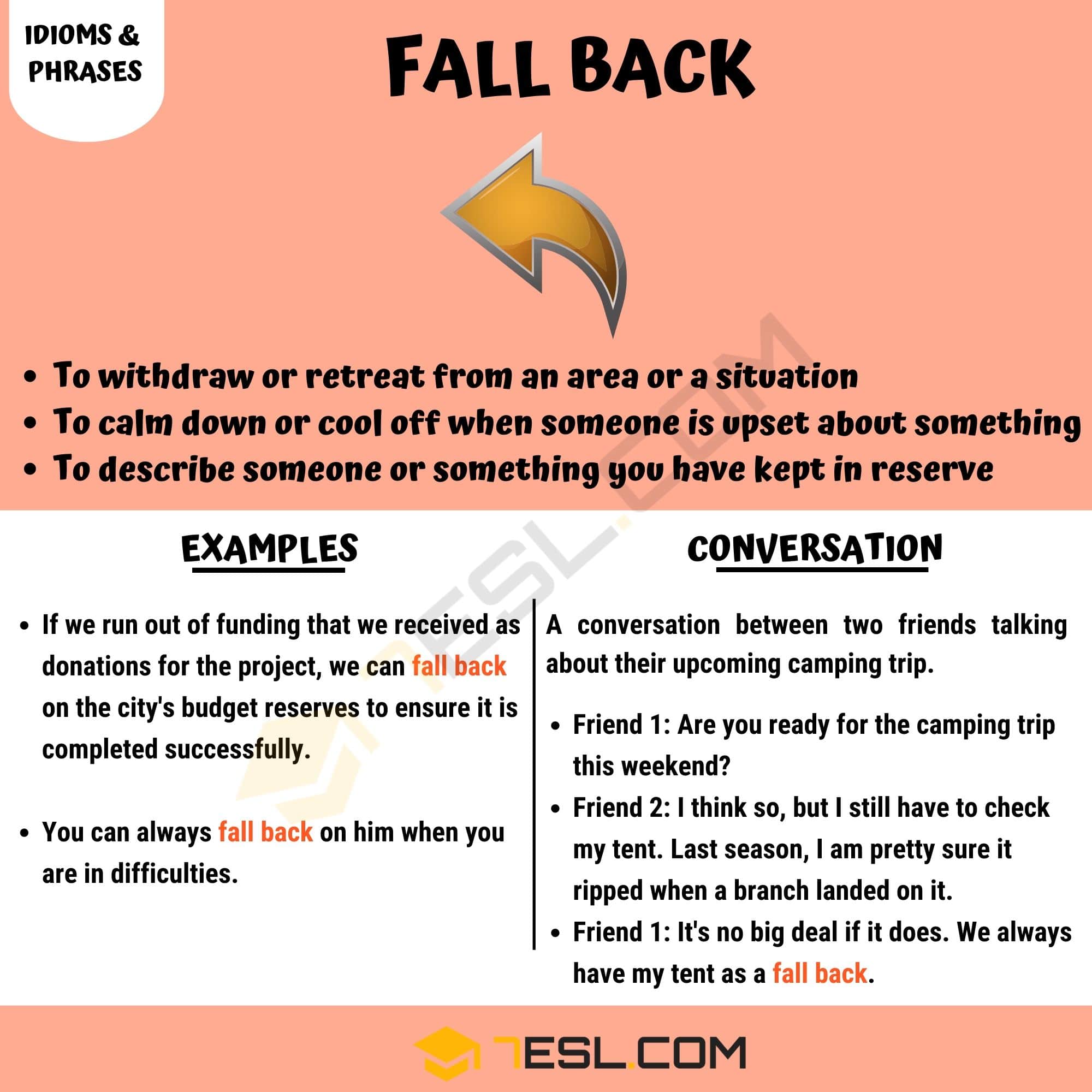