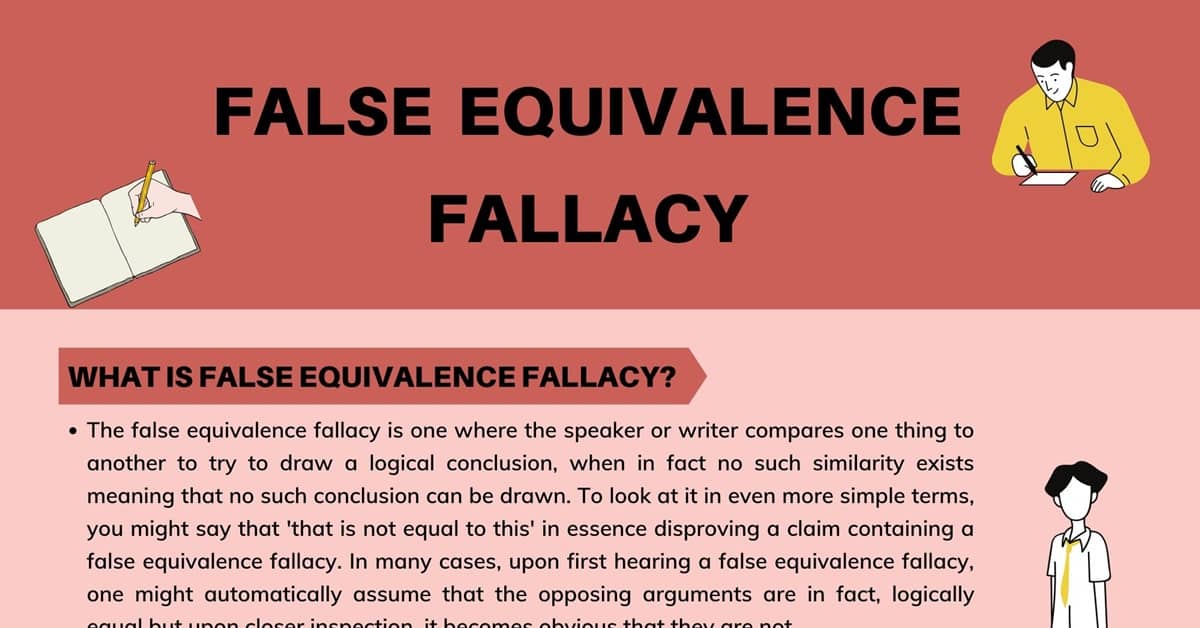 What is false equivalence fallacy? When thinking about logical fallacies in the English language, there are many different types and this can be confusing when trying to understand them all. However, one of the best ways is to learn about each one in depth, therefore gaining a greater understanding.

In this article, we are going to be looking at false equivalence fallacy a little more closely. We are going to take a look at what it is and how it works as well as taking a look at some examples to further show its function.

What Is False Equivalence Fallacy?

This type of fallacy shows a cognitive bias in which ideas, situations, objects or events are compared to one another by the writer or speaker who claims that they are the same as each other when in reality there are many differences between the two. The differences within a false equivalence fallacy can be made up of anything such as quantity, appearance, and many others. It is very easy for this type of fallacy to make its way into the conversation and it quite often makes an appearance in the media.

Now that we have a better understanding of what this type of fallacy is, we need to take a look at some examples to further demonstrate how it works within a conversation.

One of the most common examples is made when describing the false equivalence fallacy as ‘comparing oranges to apples.’ One might assume that this could be done as the two have one thing in common – they are both fruit, but this does not mean that they are at all similar. On closer inspection, we see that they are two completely different things. Let’s now take a look at some more examples of the false equivalence fallacy.

The false equivalence fallacy is one which shows up regularly in day to day conversation as well as in written pieces such as newspaper articles and other media. Quite often, it is not an intended fallacy and one may assume to begin with that the comparison between two things is logical, however upon closer inspection, these are seen to be illogical and therefore a fallacy. 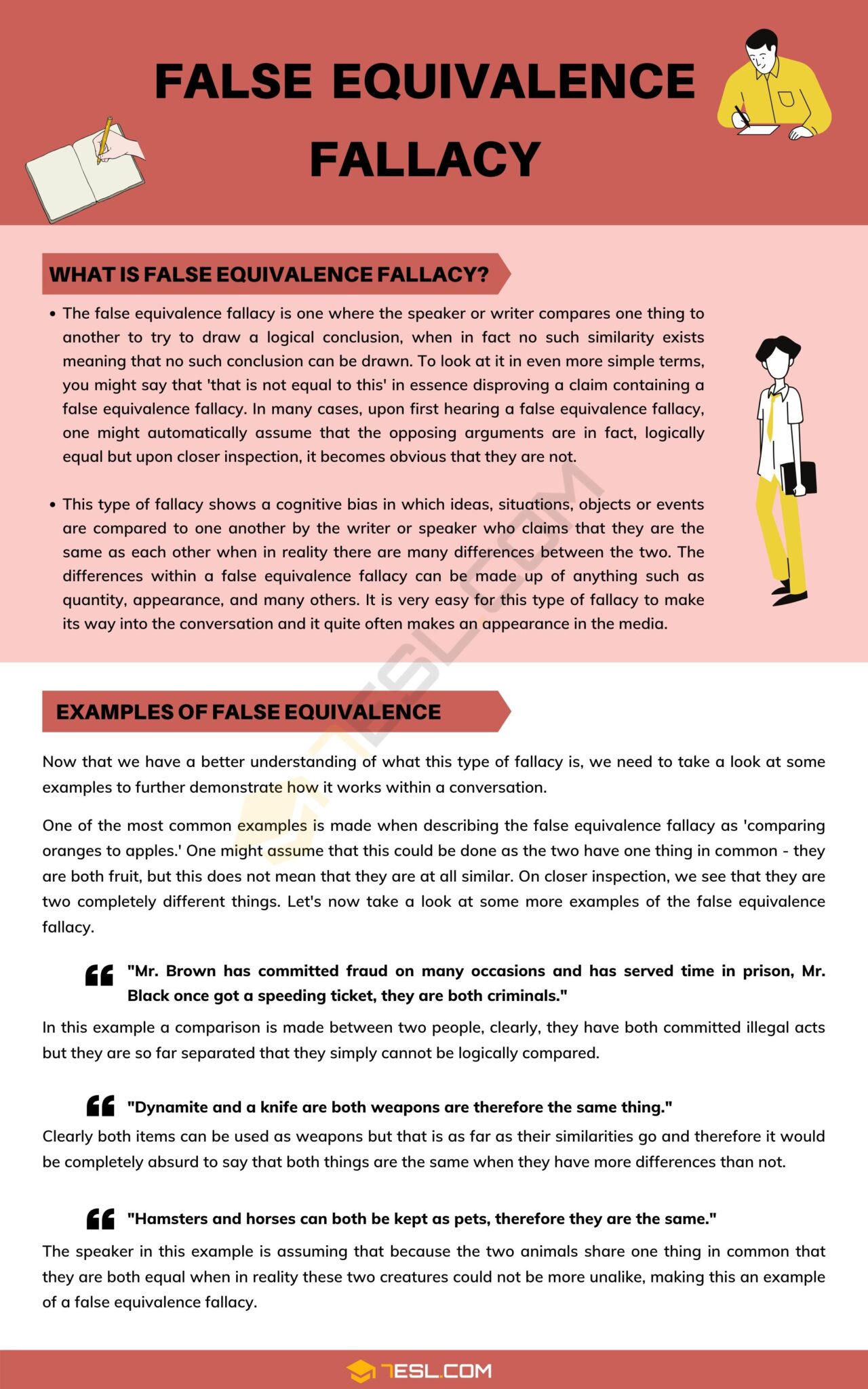