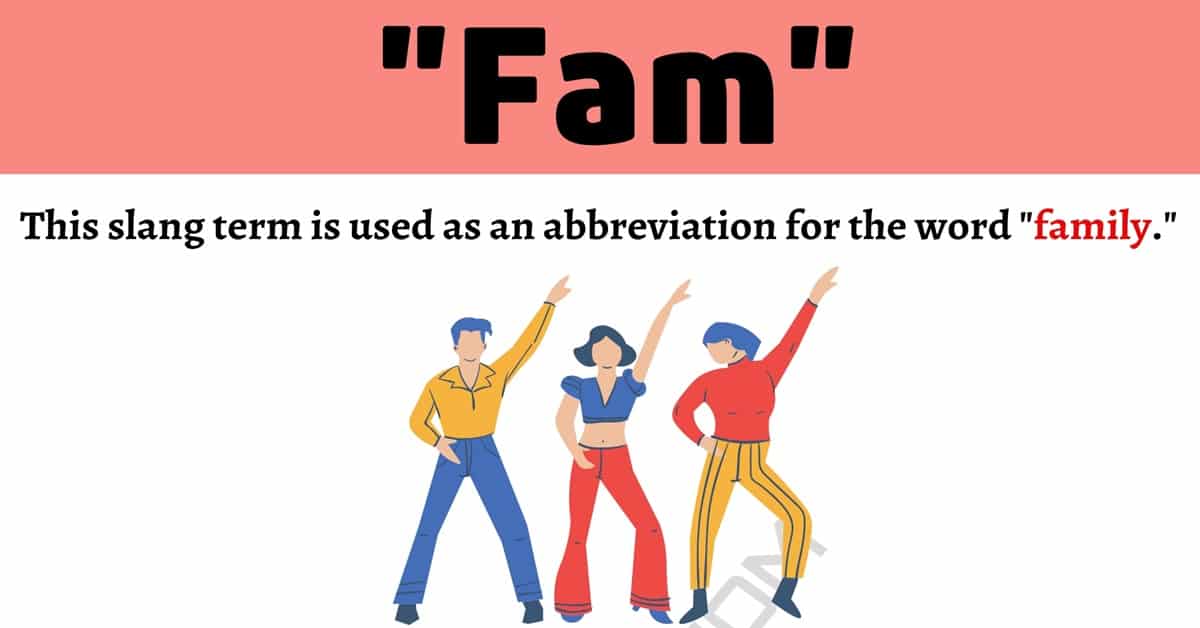 The slang internet term “Fam” is one that is used widely and popularly on the internet and in every other form of conversation today. If you came here wondering what the meaning of this term was, then you have come to the right place. Below you will find the meaning of this term, along with information about its origin and some other meanings if there are any. Some example conversations are shown as well to help you gain a better understanding of how the term is used in context and its definition. Finally, you will see some other words that can be used to replace this term without changing its meaning too much.

What Does “Fam” Mean?

There are currently no other known meanings of this internet slang term.

There are several other words that you could use to replace this slang term in conversation that would mean the same thing or something very similar. Some other words you could consider using include: 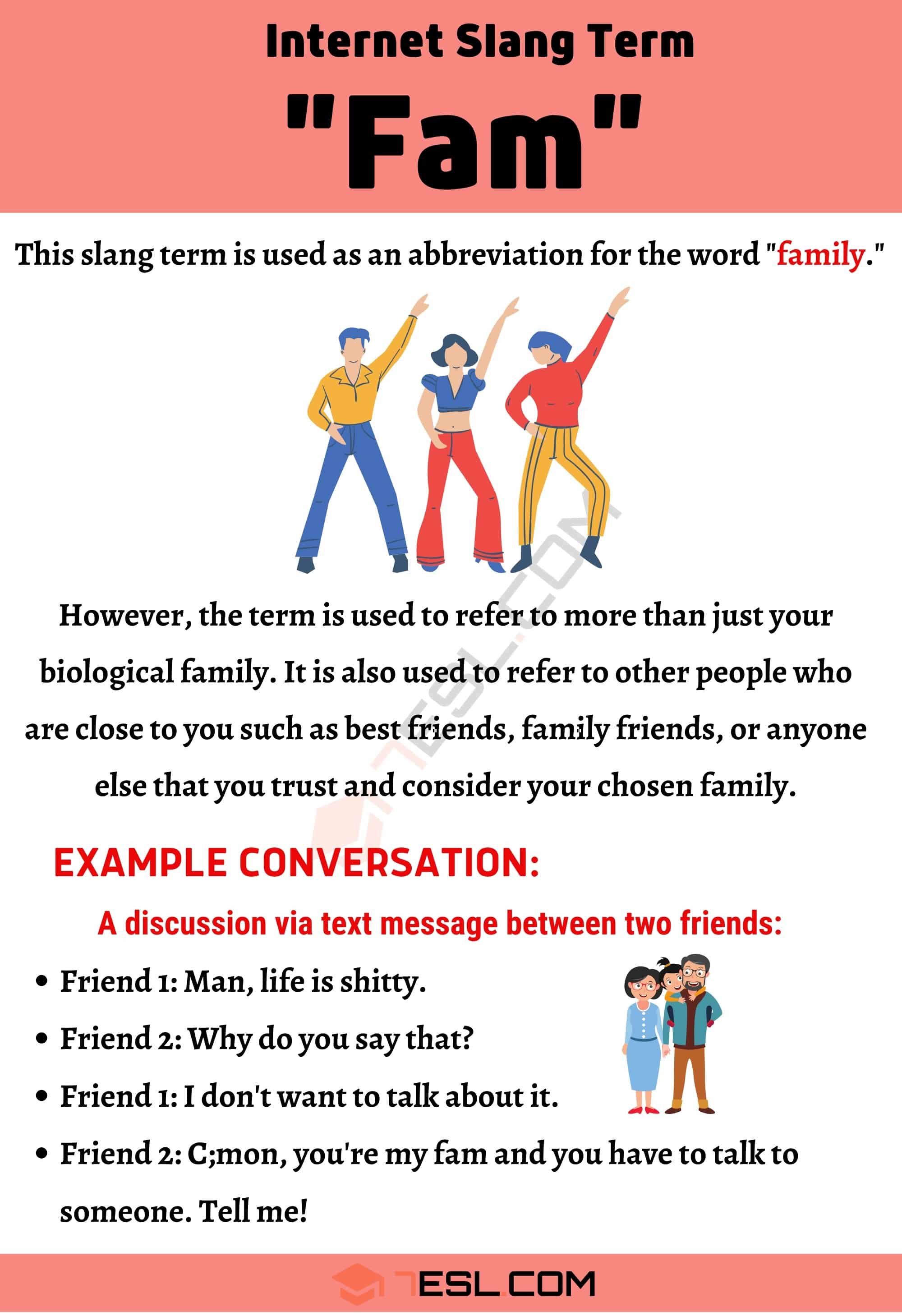