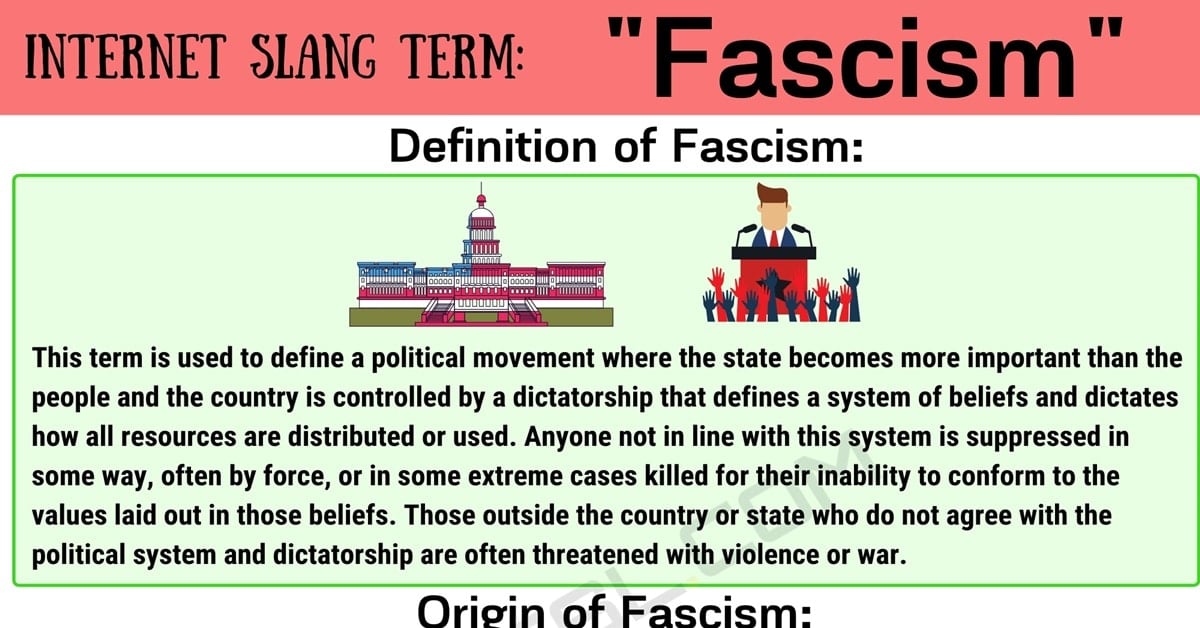 One only needs to follow the political happenings of today in America to be familiar with the slang term “fascism.” Here you will find the meaning of this term, the origin of the term, and some other definitions if there are any that exist.

You will also see some example conversations that are used to illustrate the word in context to help you better understand the term. Lastly, you will discover some synonyms for this term that can be used interchangeably in conversation to convey the same meaning.

What Does Fascism Mean?

This term is used to define a political movement where the state becomes more important than the people and the country is controlled by a dictatorship that defines a system of beliefs and dictates how all resources are distributed or used. Anyone not in line with this system is suppressed in some way, often by force, or in some extreme cases killed for their inability to conform to the values laid out in those beliefs. Those outside the country or state who do not agree with the political system and dictatorship are often threatened with violence or war.

This term comes from the Italian word “fascismo” which means a bundle or a group. The idea of this political movement was used first in 1914 to refer to members of a certain political group and their beliefs. In 1915, it was used to describe Benito Mussolini and his organization in Italy, who took control of the country in 1922. Under his rule, he required all to be obedient to the state and a core system of beliefs. Anyone who was not obedient was often suppressed or punished in some way.

Several terms can be used in place of this term during a conversation. Some other words that you could use to replace it include: 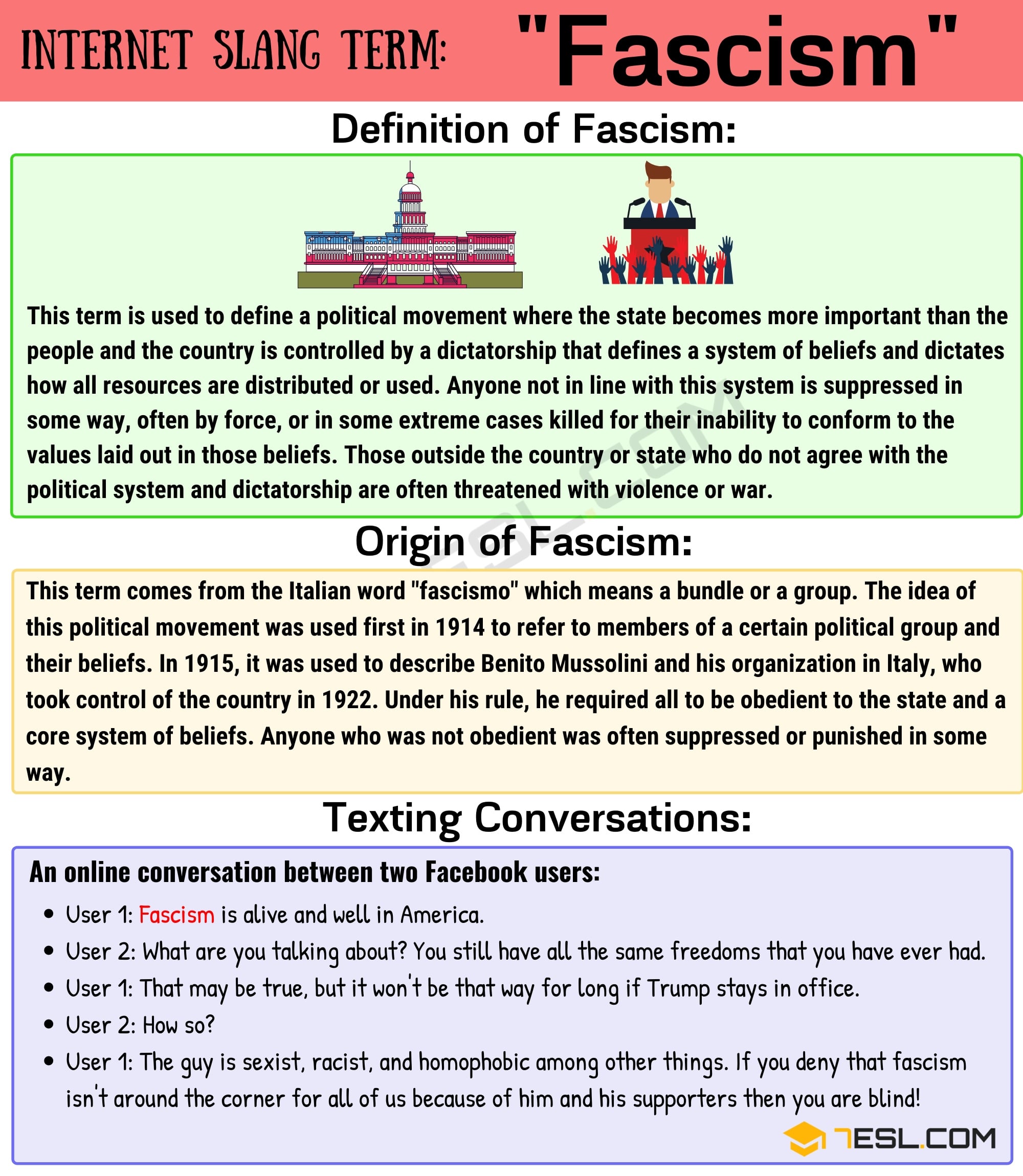 i wish trump was a fascist.