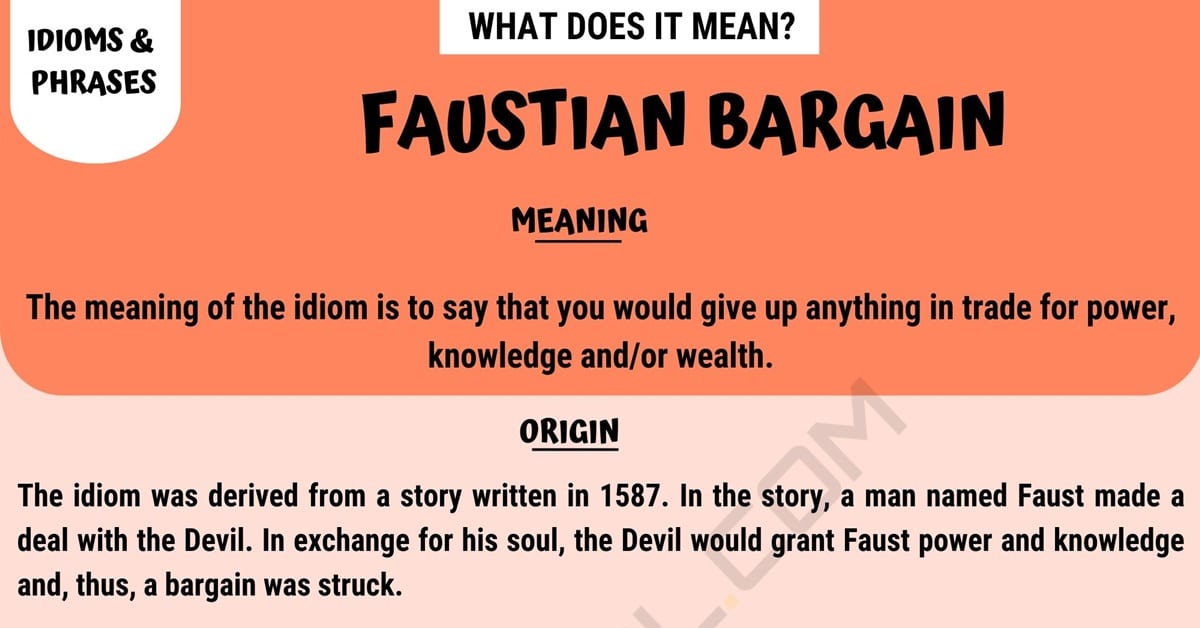 The idiomatic phrase “Faustian bargain” may be a phrase you hear or see frequently in everyday conversation and writing. Here you will find the meaning of this phrase and a brief explanation of its origin. You will also find some examples of how to properly use this phrase in conversations/statements and find other ways to say the same thing while conveying the same meaning.

The meaning of the common idiom “Faustian bargain” is to say that you would give up anything in trade for power, knowledge and/or wealth.

The idiom was derived from a story written in 1587. In the story, a man named Faust made a deal with the Devil. In exchange for his soul, the Devil would grant Faust power and knowledge and, thus, a bargain was struck.

A statement made in the local paper by a football team’s coach regarding their losing season.

A statement made by a woman during an interview with a local newspaper.

A conversation between two students regarding the upcoming finals at school.

A conversation between two female friends regarding one’s husband.

Other Ways to Say “Faustian Bargain” 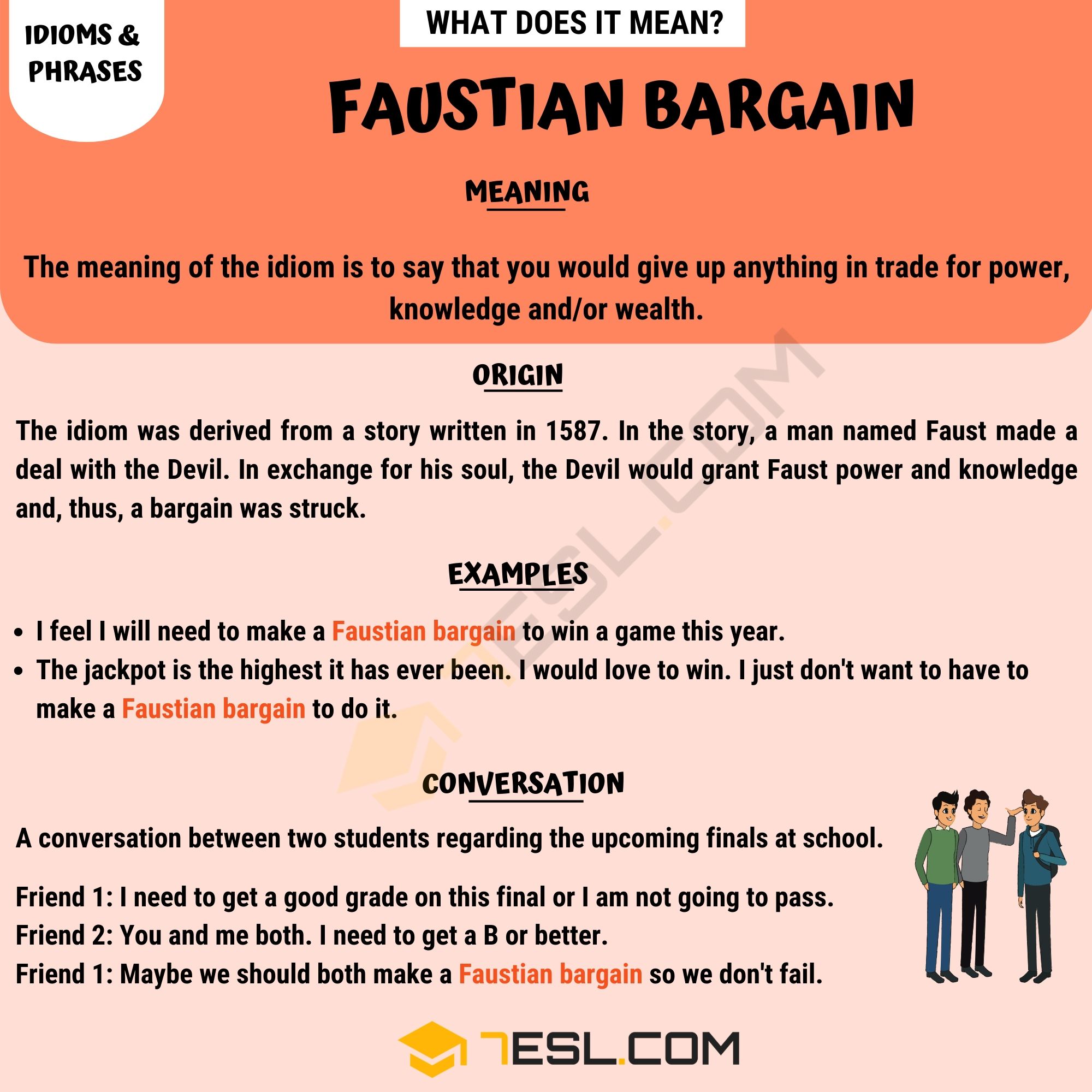