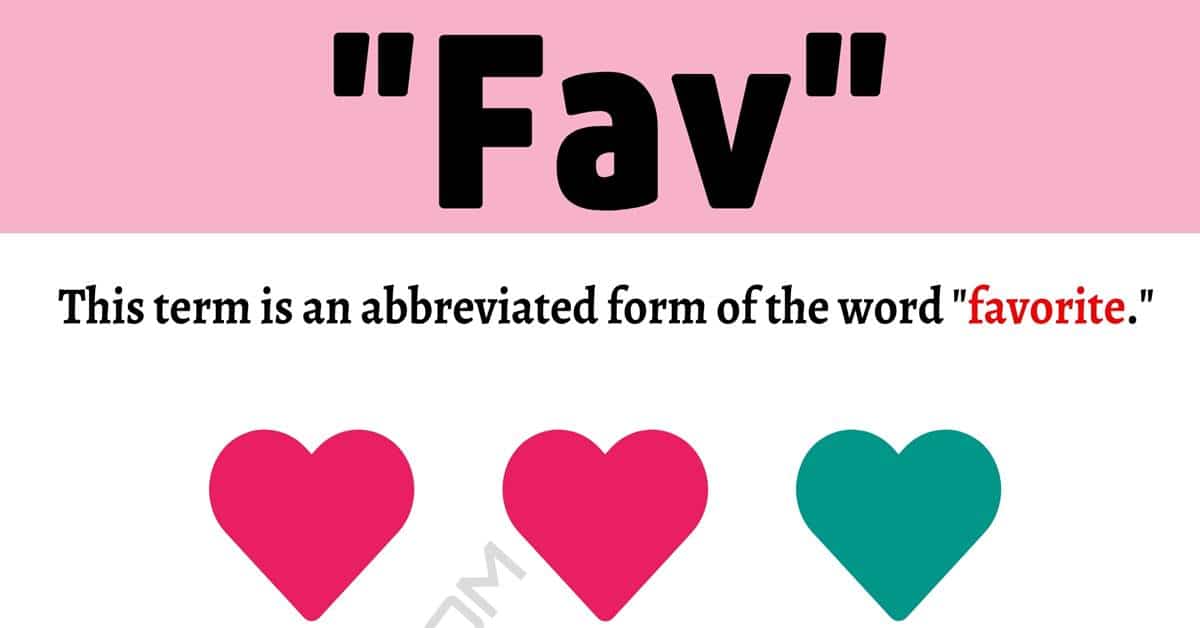 The term “fav” is one you will see or hear often used online and in text conversation. If you have encountered it for the first time and came here wondering what it meant, then you have come to the right page. Here you will find that and the origin. You will also unearth some other meanings and see some conversation examples to help you better understand the definition. Finally, you will see some other terms you can use in its place without changing the meaning of the message you are attempting to convey.

What Does “Fav” Mean?

This term is an abbreviated form of the word “favorite.” It is used interchangeably between the entire word and another abbreviated version of the word, fave.

The word favorite has been used since the 1580s to describe a person or thing that is special to someone’s liking. It reserved as a descriptive term for something they like the best out of a group of similar things. With the inventions of the internet and text messaging, many words and phrases were shortened to acronyms or abbreviations in order to make them easier, quicker, and more convenient to type. This is the case with this term even though when it was first used or where is not known.

As a standalone term, it can also be used to represent the word favorable. The term can also be used as an acronym to represent a number of phrases. Some of these are “Fruits And Vegetables,” “Fine Arts Visual,” “Full Audio Video,” “Fully Armored Vehicle,” and “Formula Asset Value.” It can stand for many more things as well but there are simply too many to mention all of them here. 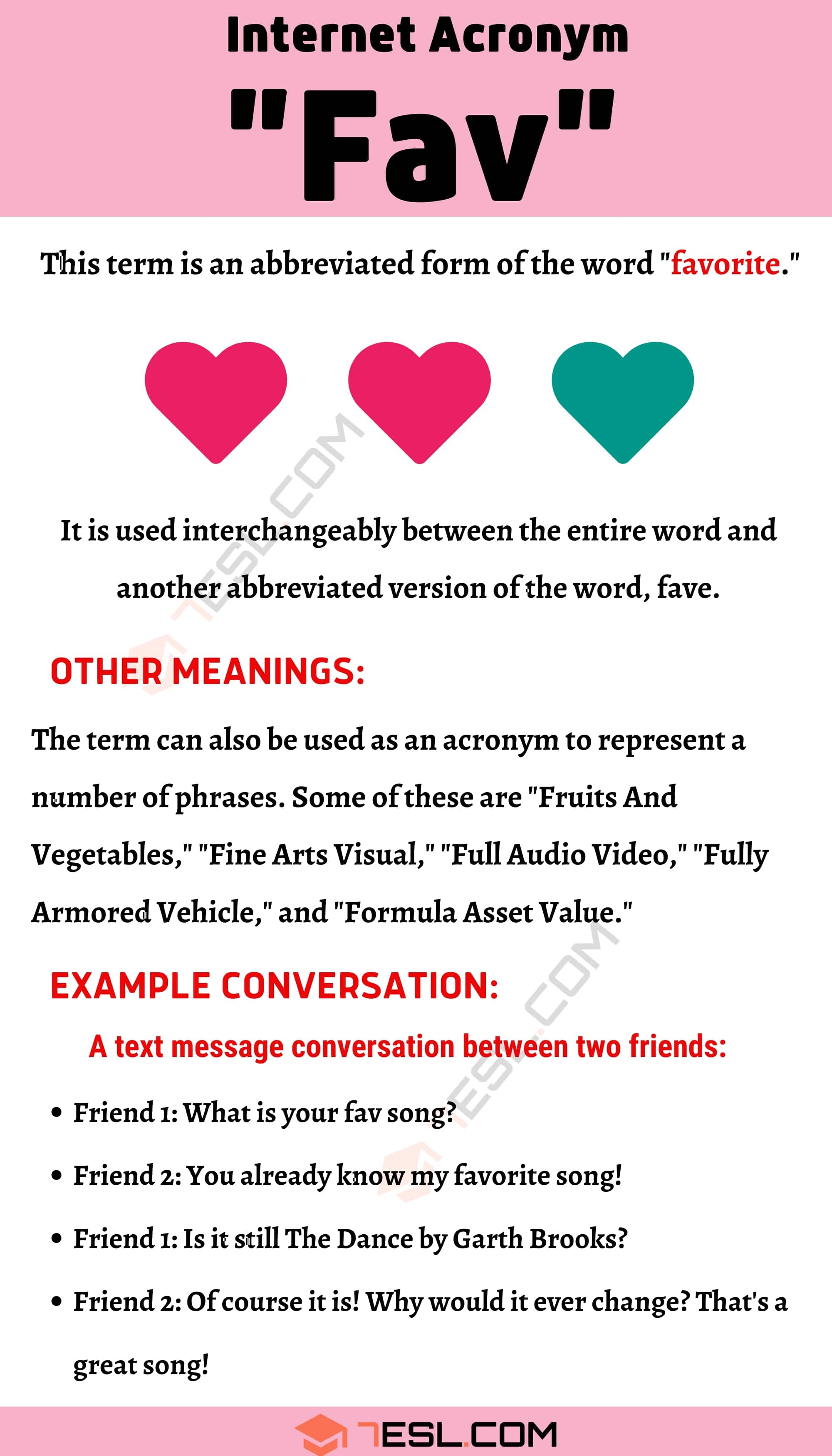