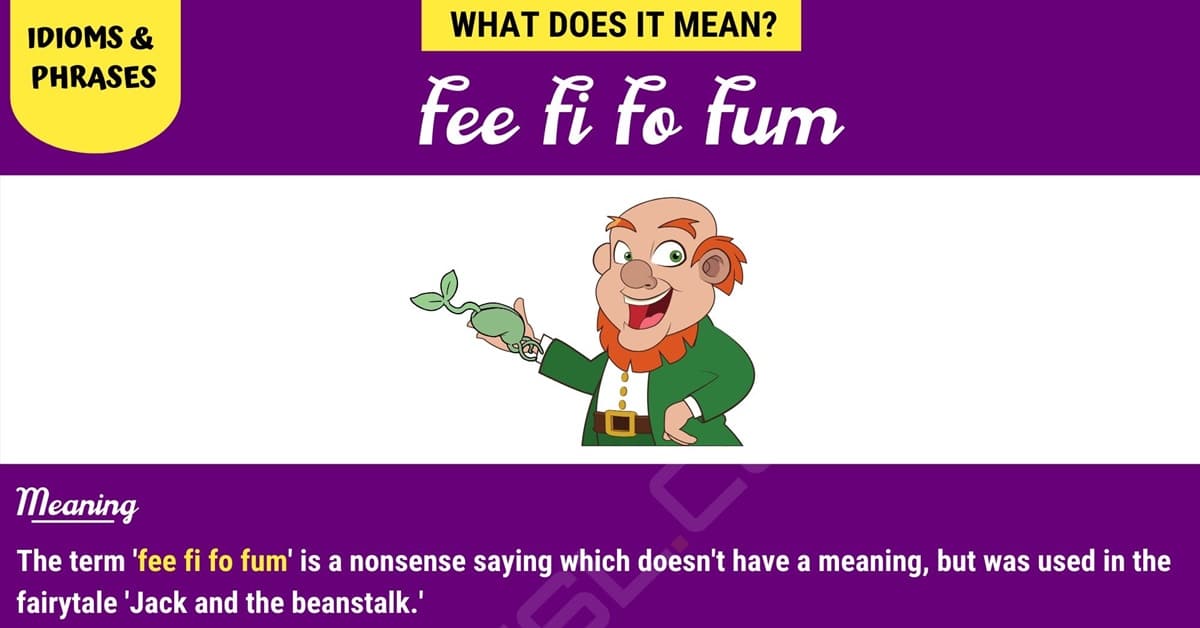 You may have heard someone use the phrase ‘fee fi fo fum’ and wondered what it meant. We are going to look further into the meaning of this saying and where it originated from. We will also look at how it can be used in a conversation.

The useful idiom ‘fee fi fo fum’ is a nonsense saying which doesn’t have a meaning, but was used in the fairytale ‘Jack and the beanstalk.’

As we mentioned previously, the term was originally written in the fairytale of ‘Jack and the beanstalk’ by the giant who wanted to do harm to Jack. The term was used by William Shakespeare in 1605 in the play King Lear but was first recorded in writing a few years prior to this.

Since this term does not have a meaning and is a nonsense phrase, you will generally only hear it in reference to the story it comes from, which is Jack and the Beanstalk.

However a good example statement used in every day conversation is when referring to an approaching man from England.

Here are some conversation in which you might hear the phrase ‘Fee fi fo fum.’ The first example is the text in which the saying appears in the fairytale of Jack and the Beanstalk.

This conversation shows people using a joking fashion to announce the arrival of a literal Englishman.

Whilst the majority of times this phrase is used, it will be said as ‘fee fi fo fum,’ there are some examples throughout history of the term being used with slightly different wording.

Here are some examples of this. 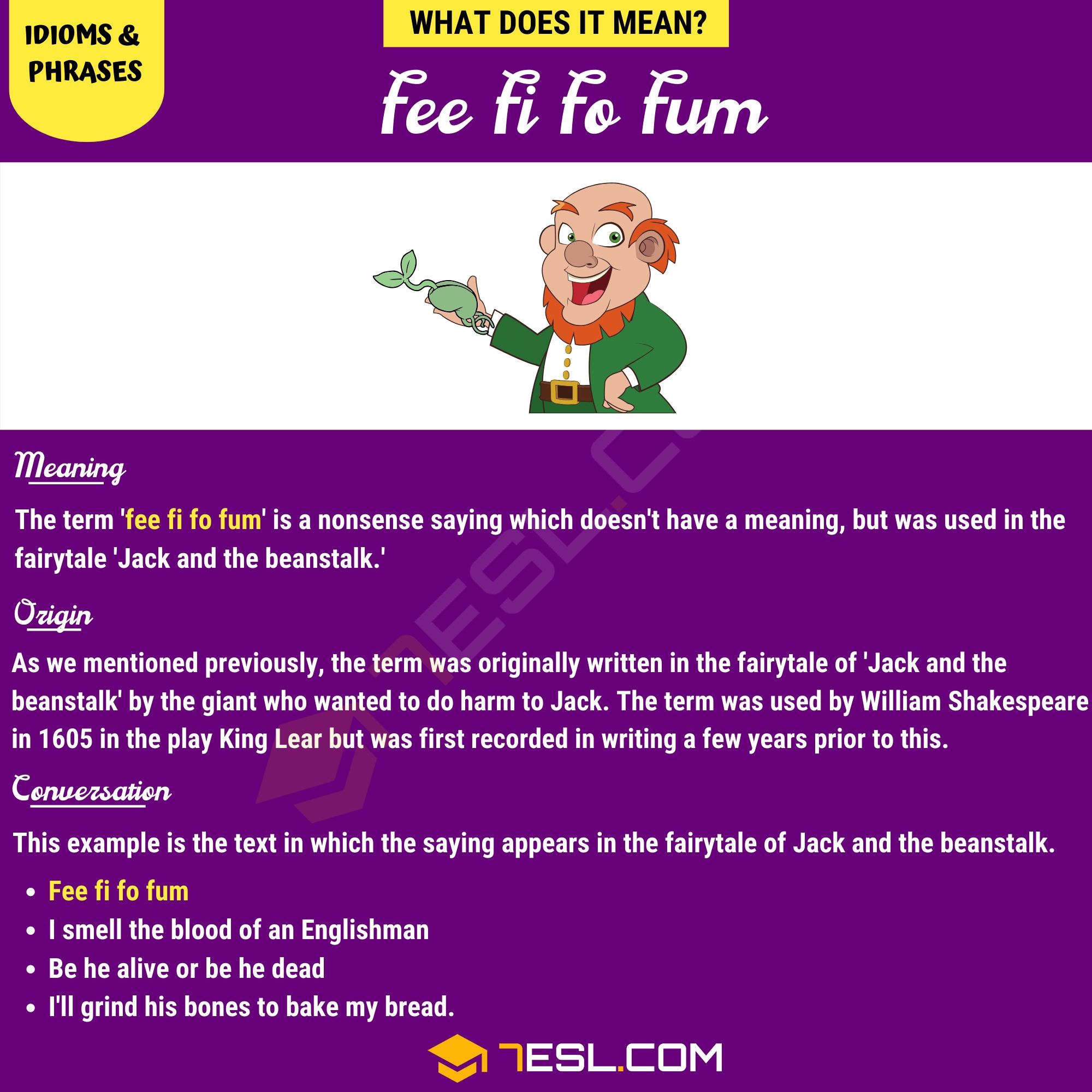 Thanks so much for your help.