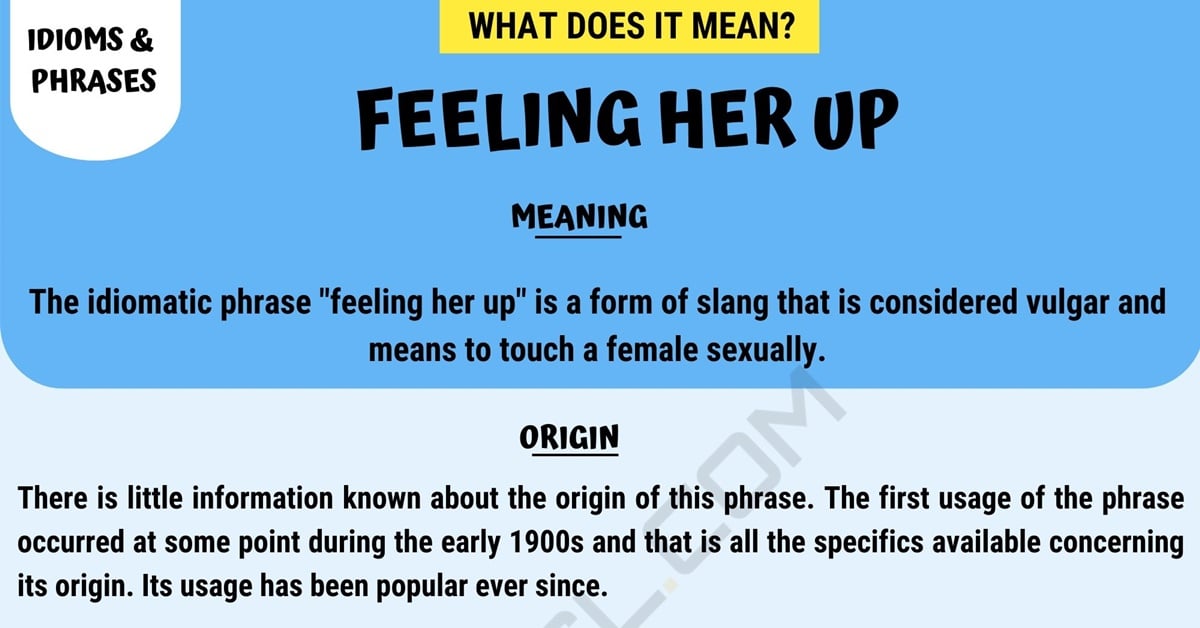 The idiomatic phrase “feeling her up” may be a phrase that you hear or see occasionally in conversations and writing. Here you will find the meaning of this phrase and the information regarding its origin. You will also see examples of how to properly use this phrase in conversation and some alternative ways to say this phrase while still conveying the same meaning.

Feeling Her Up Meaning

The useful English idiom “feeling her up” is a form of slang that is considered vulgar and means to touch a female sexually.

There is little information known about the origin of this phrase. The first usage of the phrase occurred at some point during the early 1900s and that is all the specifics available concerning its origin. Its usage has been popular ever since.

“Feeling Her Up” Examples

A statement given in court by a witness during a trial.

A statement made to a cop by a witness to a fight while with his girlfriend.

A conversation between two male friends at a bar.

Other Ways to Say “Feeling Her Up”

Feeling Her Up | Picture 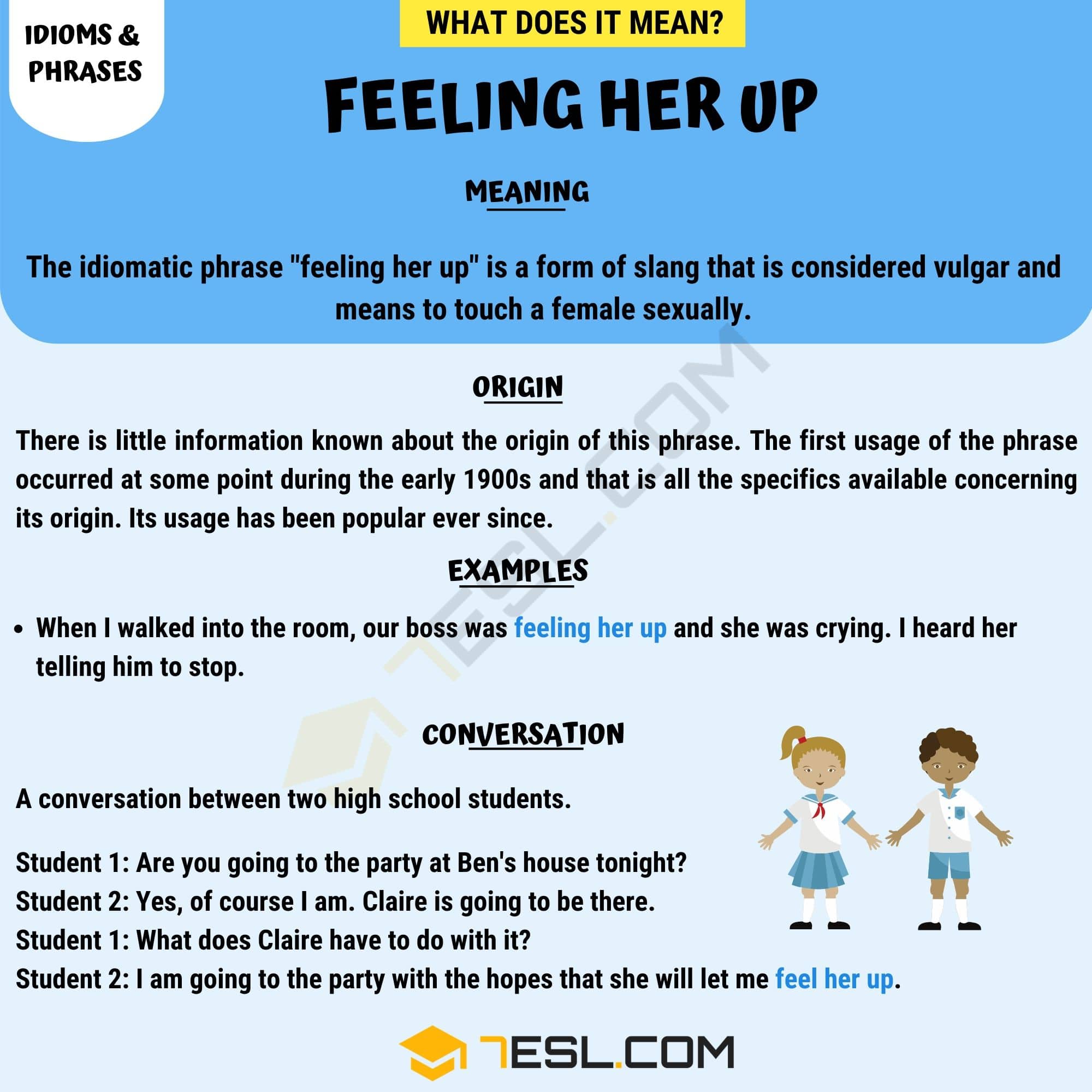