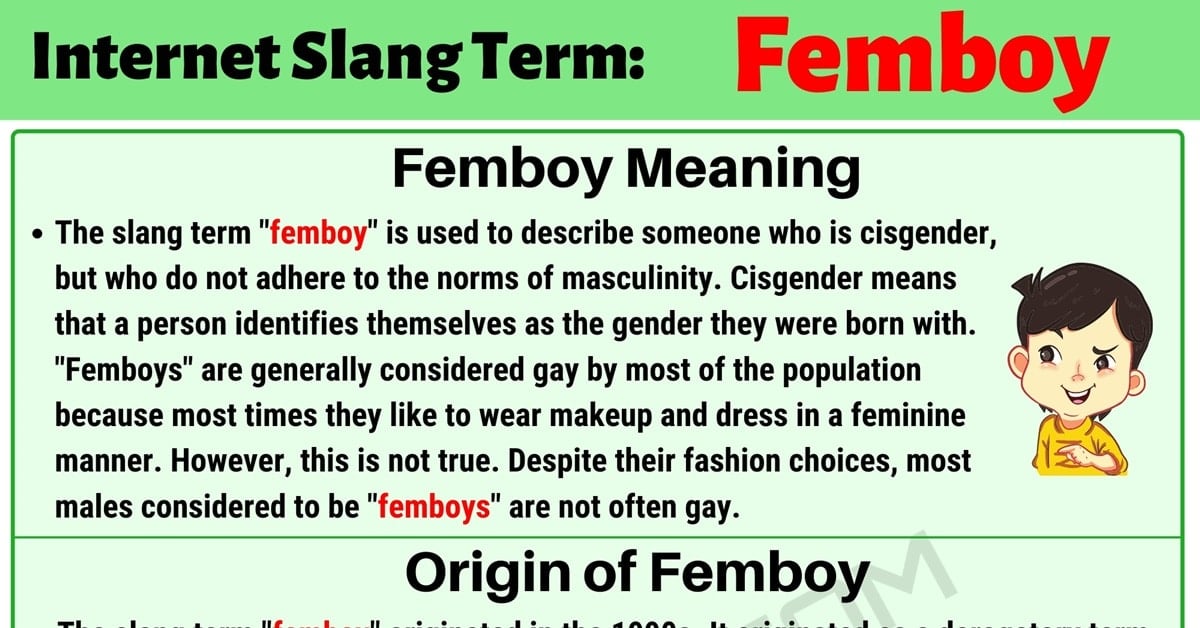 The slang term “femboy” is used quite frequently on all social media sites and you may even see it elsewhere as well. Chances are you may even see it in national advertisements since these characteristics have been embraced and celebrated in recent years. If you are wondering exactly what “femboy” means and your search led you here to this page, then you are in luck.

Here you will find the meaning of this term, information on its origin, some optional meanings if there are any, and some example conversations featuring the term used correctly in context. Finally, you will discover some alternative words that you can use instead of this term to replace it in a conversation.

What Does Femboy Mean?

The slang term “femboy” is used to describe someone who is cisgender, but who do not adhere to the norms of masculinity. Cisgender means that a person identifies themselves as the gender they were born with. “Femboys” are generally considered gay by most of the population because most times they like to wear makeup and dress in a feminine manner. However, this is not true. Despite their fashion choices, most males considered to be “femboys” are not often gay.

The slang term “femboy” originated in the 1990s. It originated as a derogatory term to describe boys or males who were inherently masculine with more feminine qualities or who present themselves in a more feminine manner for non-sexual purposes. The word was made by combining a shortened version of the word feminine “fem” and “boy” meaning a male.

There are currently no other known meanings of the slang term “femboy.” 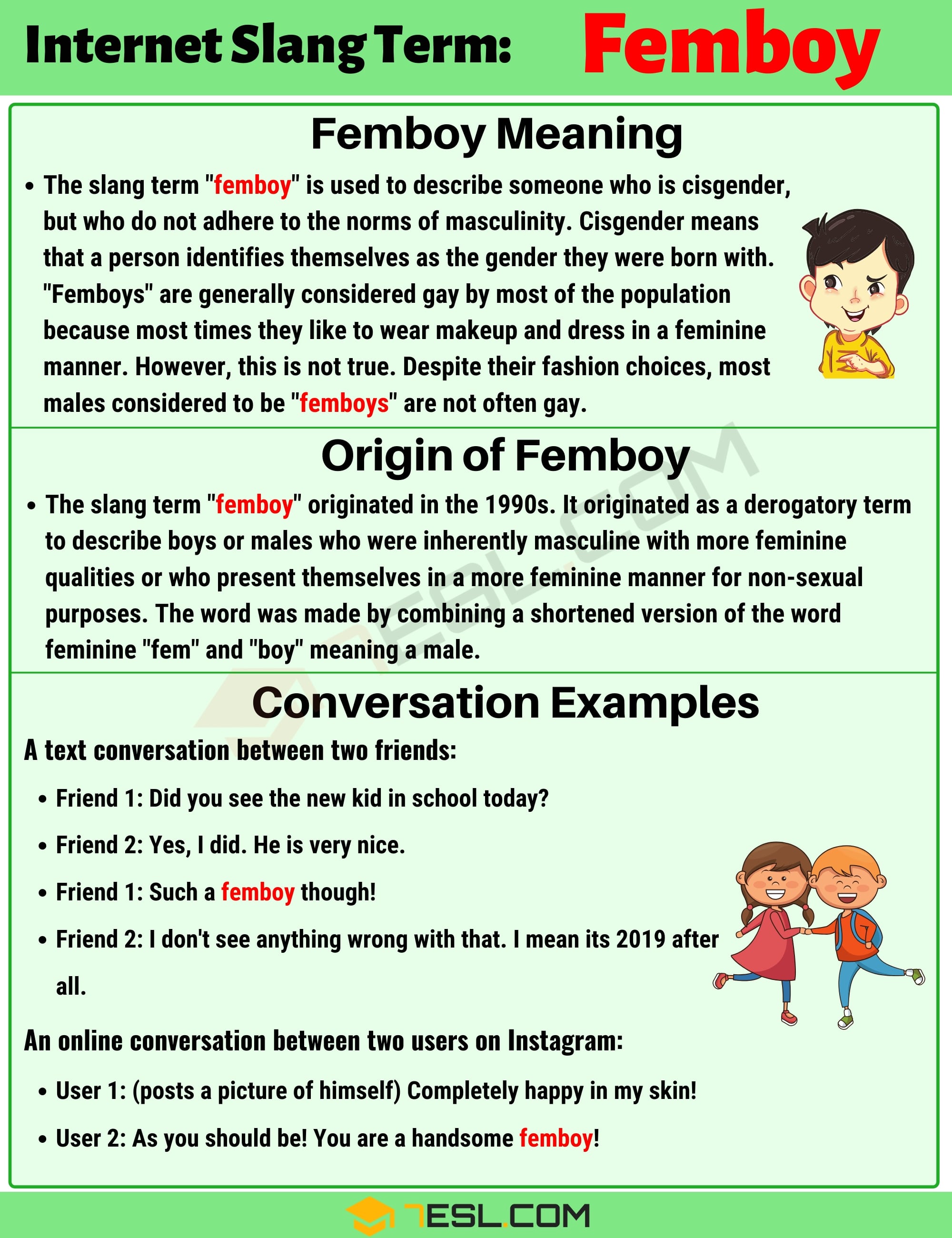 not all femboys are cisgender – a cisgender femboy

I’m actually a femboy at heart

A Femboy
Reply to  Sergio Blanco

I am a femboy and I am not cis