Home
Abbreviations
FFFF Meaning: What Does FFFF Mean and Stand For?

The acronym “FFFF” is probably not an acronym you will hear often and if you do then you should probably hang around with some new people. If you have encountered this term and have wondered what it could mean, then you have ended up in the right spot. Here you will find the meaning of this acronym and the information available about its origin if there is any that exist. You will also find some other meanings if there are any and then see the acronym used correctly in some example conversations to help you better understand how to use the term in context. Finally, the article will wrap up with a look at some words or phrases that you can use in place of “FFFF” to relay the same message.

What Does FFFF Mean?

The acronym “FFFF” is used to represent the phrase that says “find ’em, feel ’em, f#$k ’em, and forget ’em.” It is a phrase that is used commonly by men who view women as sex objects and are only into sleeping with them rather than developing a deeper and more meaningful relationship. It is considered a vulgar phrase that is extremely demeaning to women.

The phrase associated with the acronym “FFFF” has been around in some form since at least the 1920s. Throughout history and usage, the number of F’s in the acronym can change and the F’s themselves are quite often changed to various other words that still allude to the same meaning. No matter what variant is used, this phrase is always used by a man who simply views women as an object for sex and then uses this term to describe his philosophy of a one night stand to his friends.

As previously mentioned, the F’s in the acronym “FFFF” can have variations, but they all point back to the same meaning. of a one-night stand type of situation. Therefore, the acronym “FFFF” has no other meanings that are currently known.

There are some ways that you can alternatively state the acronym”FFFF” and still convey the same meaning. Some of the alternative ways you could do this include: 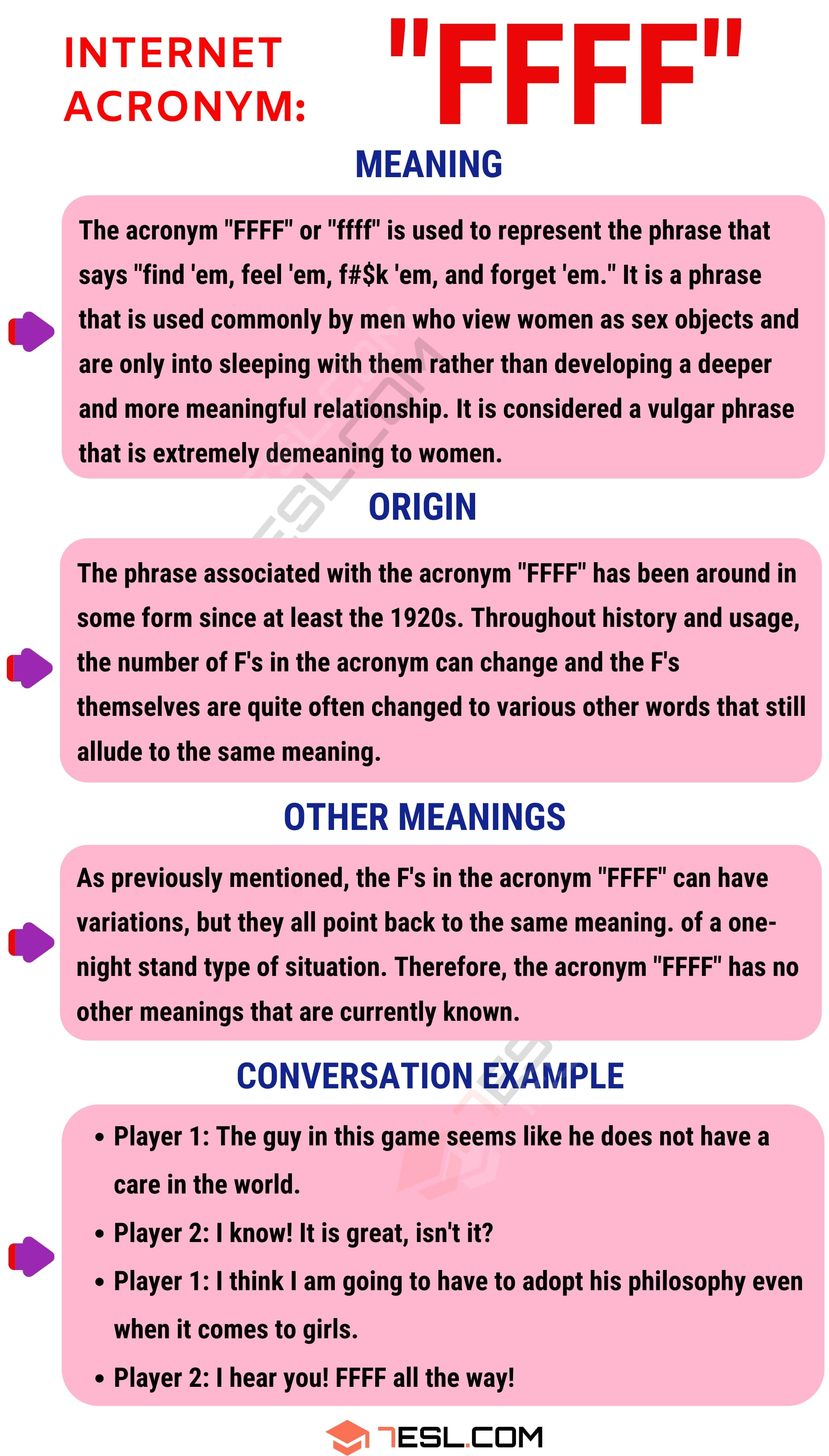