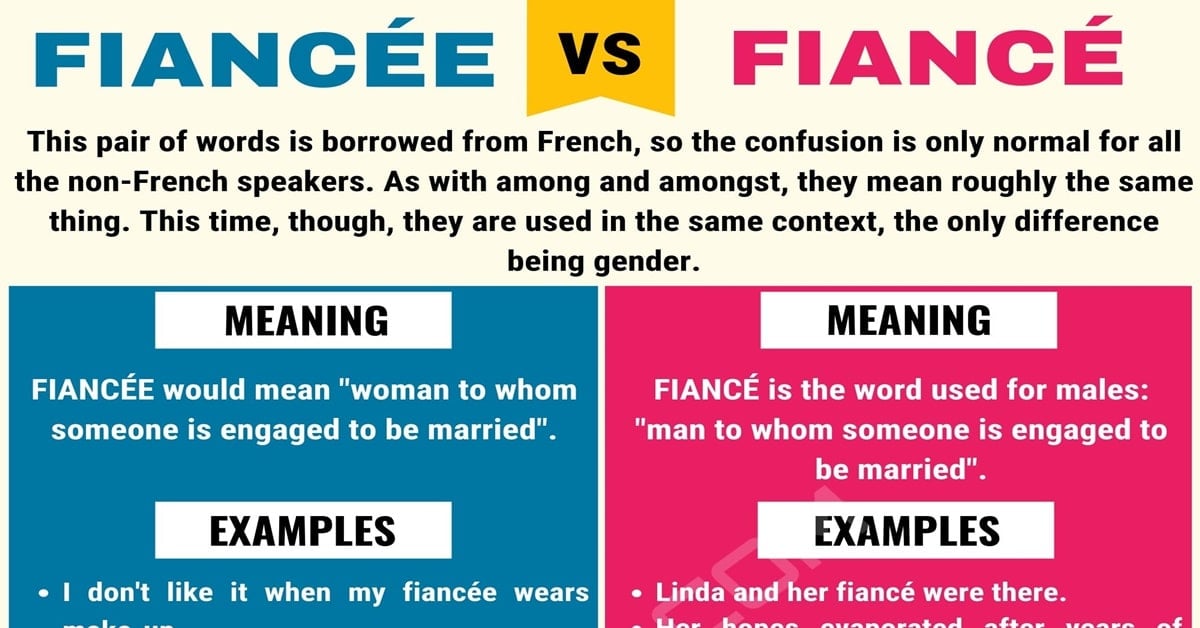 Fiancée or fiancé? This pair of words is borrowed from French, so the confusion is only normal for all the non-French speakers. As with among and amongst, they mean roughly the same thing. This time, though, they are used in the same context, the only difference being gender.

When to Use Fiancée

As I said, an extra e refers to a female. Naturally, fiancée would mean “woman to whom someone is engaged to be married”. Basically, a fiancée is always female.

I don’t like it when my fiancée wears make-up.

When to Use Fiancé

Fiancée is the word with the extra e so that would mean fiancé is the word used for males: “man to whom someone is engaged to be married”.

Her fiancé works in the film industry.

Tips for Using Fiancé or Fiancée

To correctly use these two words you have to remember that females get an extra e: the word males only has one e, while the word females has two.

When to Use Fiancé vs. Fiancée | Infographic

Fiancé vs. Fiancée – When to Use Fiancée or Fiancé 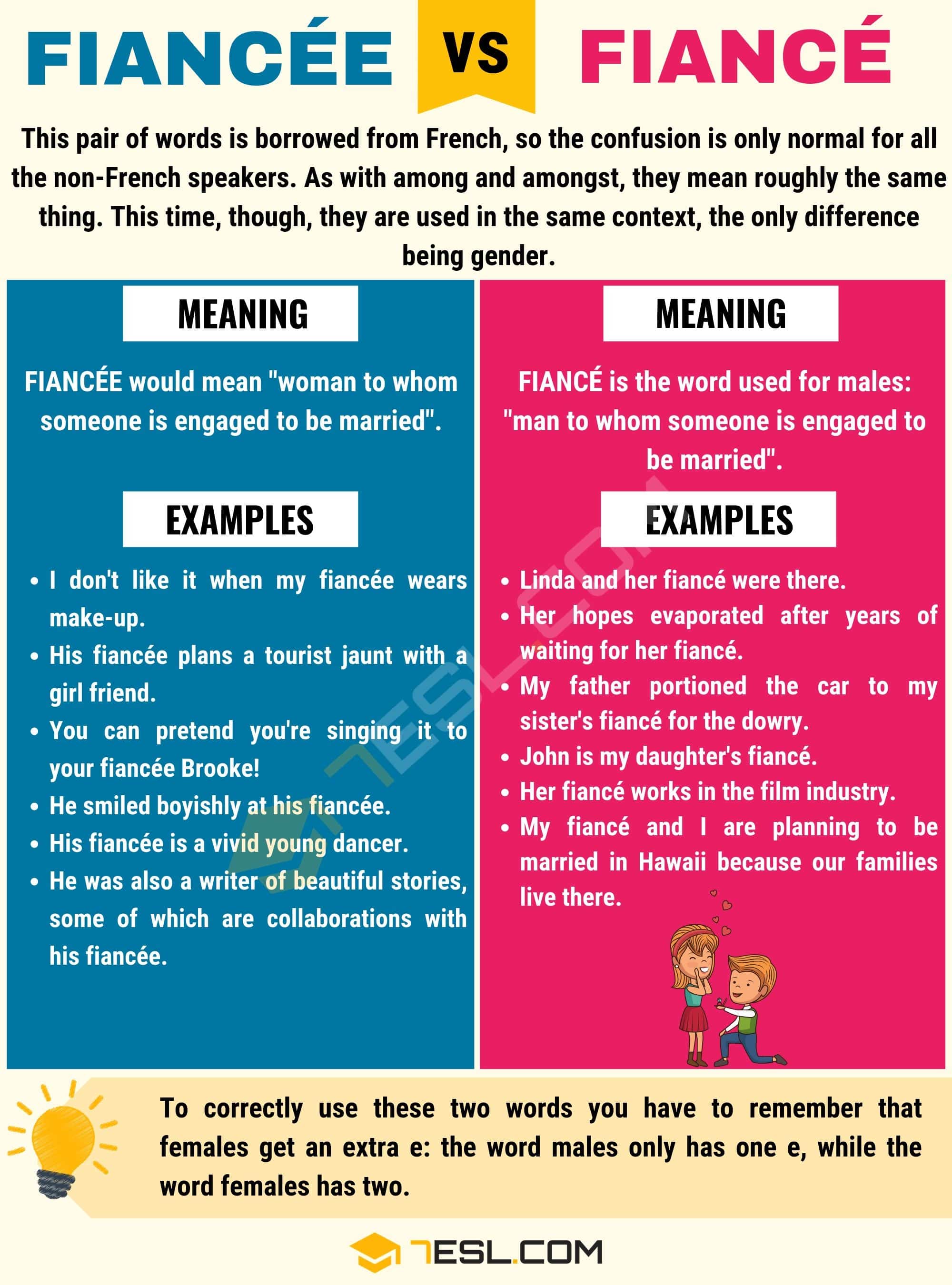