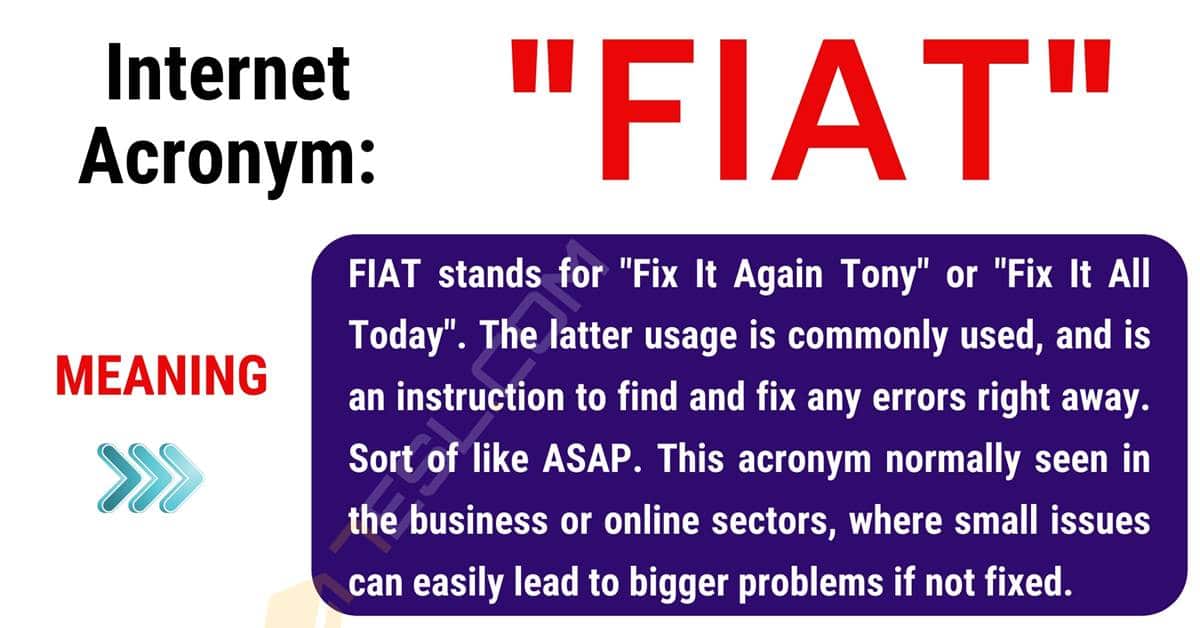 FIAT Meaning! An FIAT is an acronym that has plenty of meanings. In this lesson, you will learn how to use this internet acronym with meaning and useful conversation examples.

What Does FIAT Mean?

The latter usage is commonly used, and is an instruction to find and fix any errors right away. Sort of like ASAP. This acronym normally seen in the business or online sectors, where small issues can easily lead to bigger problems if not fixed. The former usage is more of a joke as seen in below. Typically it’s used if something repeatedly breaks down and the owner requests a maintenance person fix it again as opposed to replace it.

FIAT, and the first meaning, took off thanks to the FIAT brand of cars that had a notorious reputation of breaking down. While the company themselves have improved the quality of their cars considerably, the newer FIATs are very hard to acquire in the United States and so the public perception is of a Italian car that breaks down. This is where “Fix It Again Tony” originated, where a FIAT owner would take his or her car to a mechanic and request their car is repaired over-and-over as replacing it would be cost-prohibited. In the 1980s FIAT began to leak into the office space lexicon for bosses or managers who wanted unrealistic productivity from their staff, hence “Fix It All Today”. By the 1990s, emails and text messages between workers using FIAT became common. It has seen some usage in public internet slang lexicon, but rarely.

FIAT is an Italian car manufacturer, the maker of the aforementioned cars. There is no other usage.

“Hey. This is Philip in Accounting. We found an error in our reports and the powers to be have declared FIAT. I’m sending this email out so everyone knows in advance if the higher ups come barging in and demand everything to be fixed. Check your calculations and let me know ASAP if you find any errors. Thanks!”

Other Ways to Say “FIAT“

FIAT can be spelled with either all uppercase or lowercase. There are no other variants. 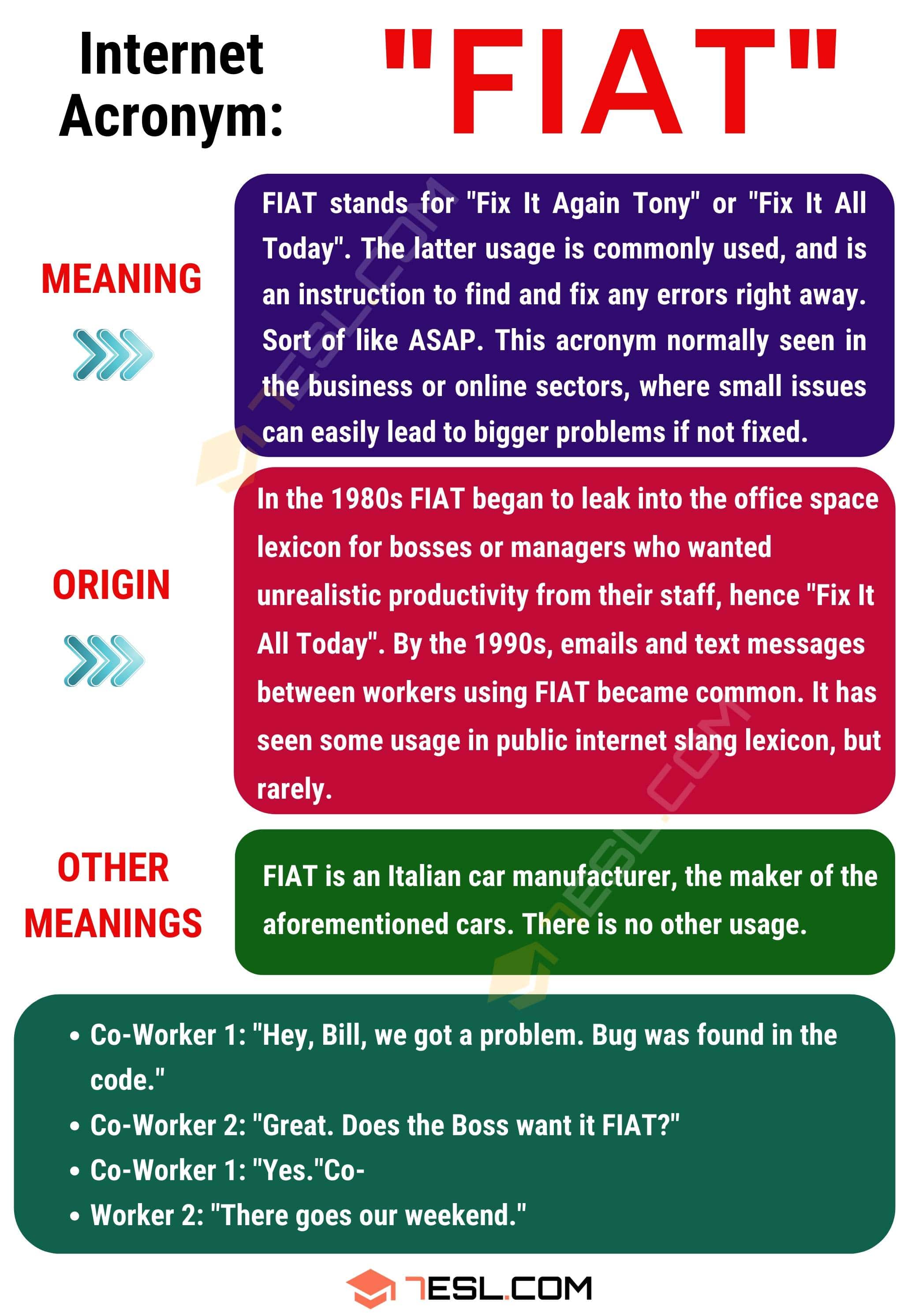