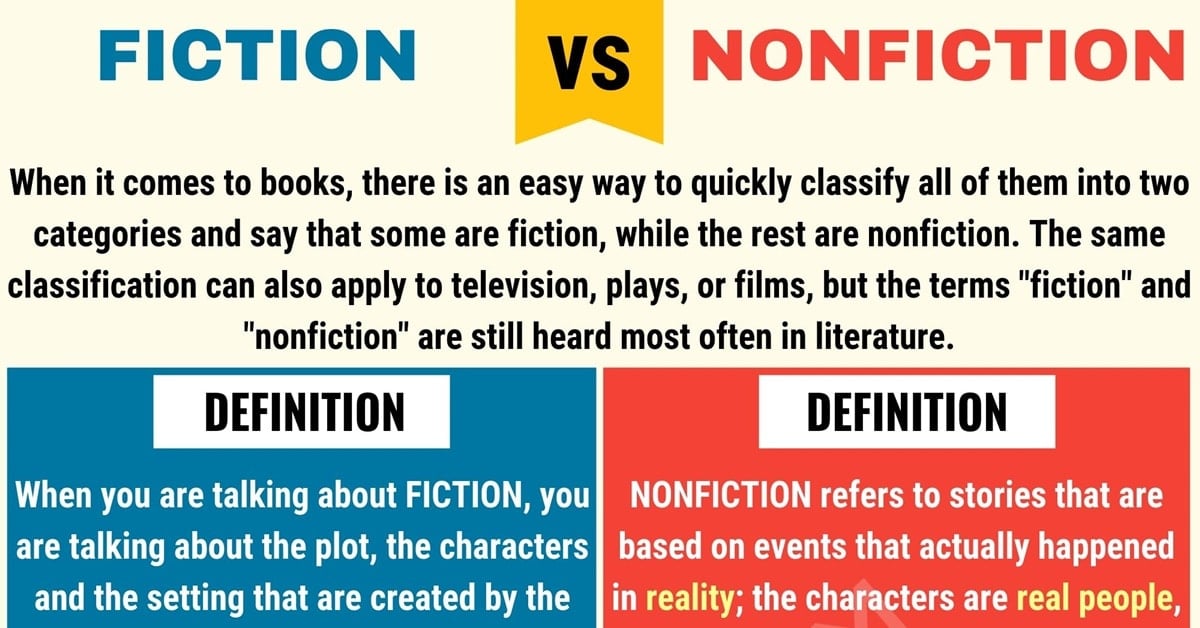 Fiction vs. nonfiction! When it comes to books, there is an easy way to quickly classify all of them into two categories and say that some are fiction, while the rest are nonfiction. The same classification can also apply to television, plays, or films, but the terms “fiction” and “nonfiction” are still heard most often in literature. But what is the difference between them? Sometimes it might not be as obvious.

Examples of fiction are short stories, novels, and fairy tales. The author of a fiction book might use real places as a setting for his story, or he can create a fictional town that might be inspired by a city that exists in reality. For instance, some of Stephen King‘s novels take place in the city of Derry. Even though this isn’t a real city, it’s partly based on Bangor, the town where King comes from.

In fantasy and science fiction books, it’s common that writers describe a made-up world and events that have never taken place in reality. However, they often use real scientific research to make the plot more believable. Despite the fact that actual research is used, these books are still considered fictional.

In addition, fiction books are usually written in a way that makes the plot more dramatic and the story more interesting. For example, the author might withhold some important information and only reveal it in the end, or choose to narrate from the point of view of different characters throughout the story, thus making it very tense. There probably is no fiction book that doesn’t have metaphors, similes and a variety of other techniques that keep the reader glued to the story, unable to stop reading it.

In contrast, nonfiction books are purely factual. While an author of a fiction story can let his imagination run wild to make it as exciting as possible, a nonfiction story has to be true from the first until the last letter. Two examples of nonfiction are biographies and essays.

Still, the fact that a book is based on a true story doesn’t mean that the use of techniques that could make the text more appealing isn’t allowed. Many authors of nonfiction literature use descriptive language to provoke the reader’s emotions. This craft of portraying real stories in a vivid, powerful way, almost making it seem that they are made-up, is called creative nonfiction.

Skilled authors make the line between fiction and nonfiction very thin and blurry, describing fictional characters as if they were real people, and real people as if they were characters of a fantasy book. When you aren’t sure whether what you’re holding in your hands is fiction or nonfiction, ask yourself, does it report the truth? If it does, it’s certainly nonfiction. If it embellishes the truth, it’s fiction.

Difference between Fiction vs. Nonfiction | Image 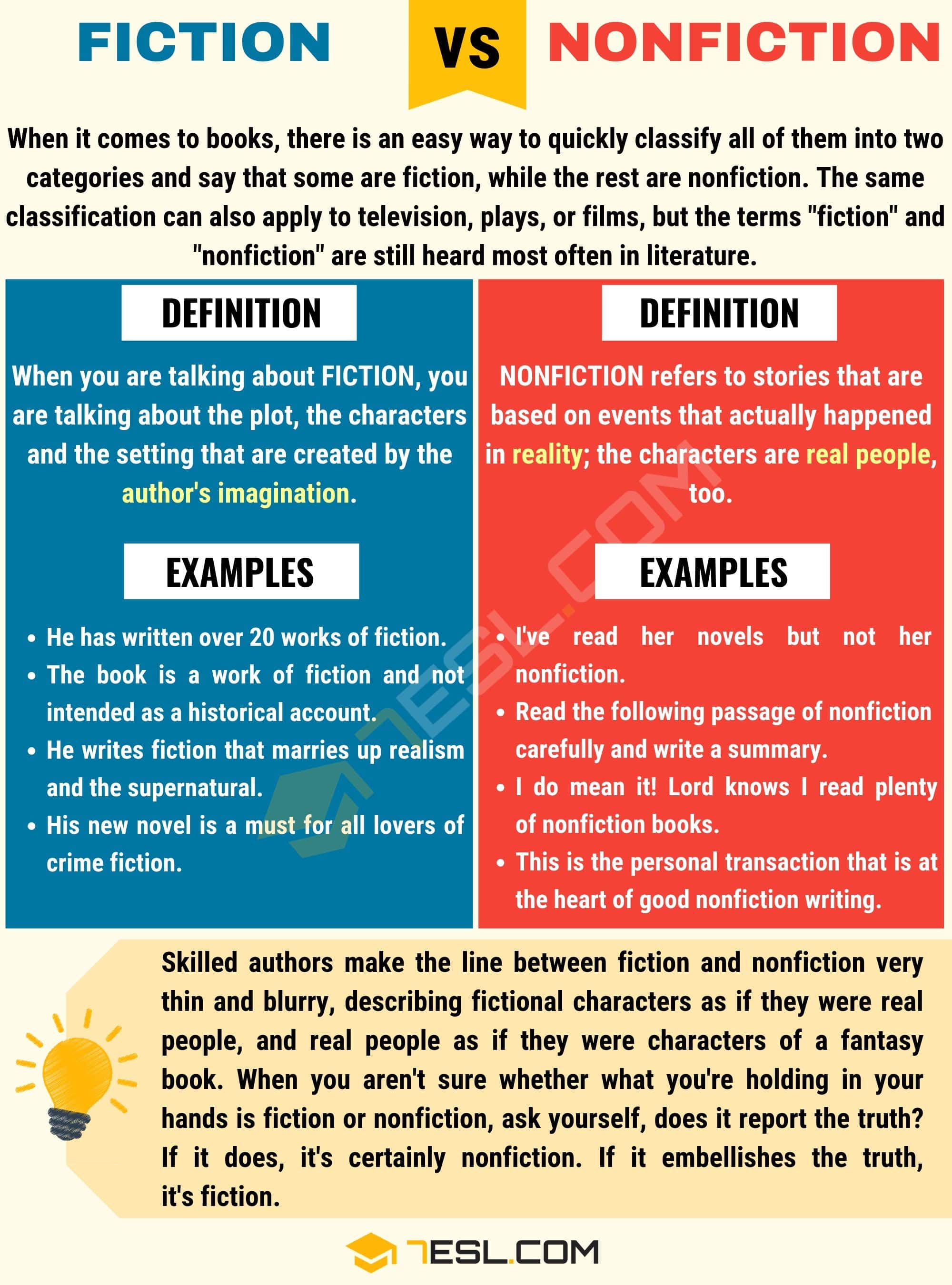 What about the Bible and the Scriptures of many lands? Myth v literal truth. Or Truth. Or is the myth the deeper Truth.

What is Truth? Pontius Pilate is reported as saying

Theories? Lies? In an age of President Trump (actually that’s not true now is it.? Ex-President Trump (who may or may not have a transition title) thinks it is true that he won the election.

“…fiction…talk about the plot…” and sandy cheeks