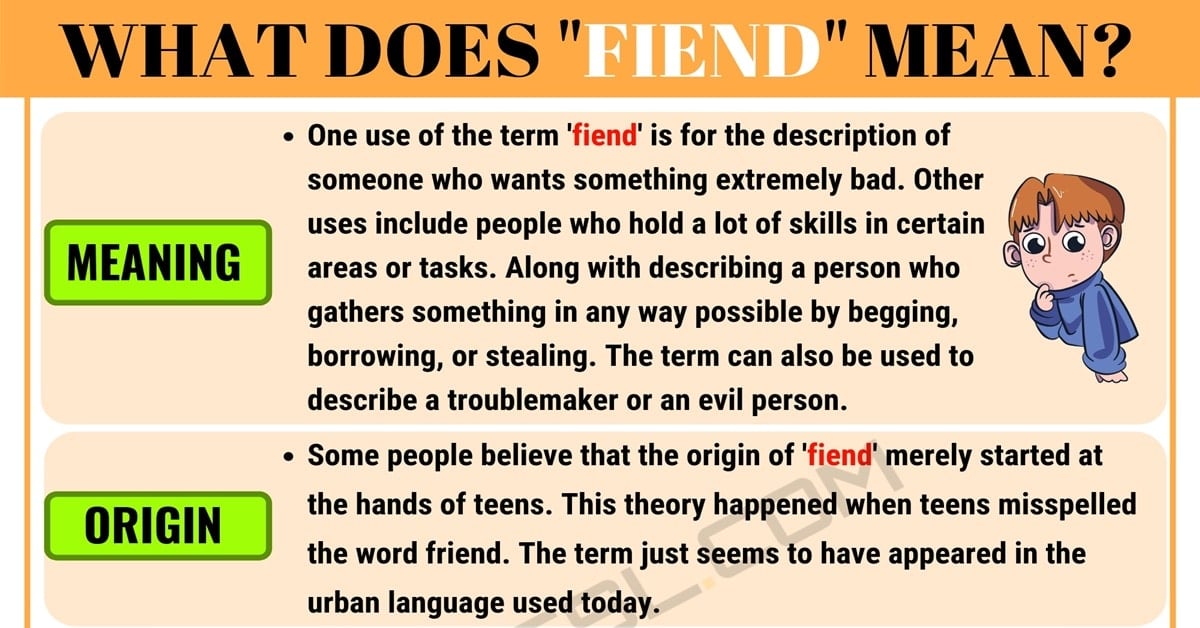 What does Fiend mean? What is the definition of this internet slang term? The following lesson will explain how and when to use this slang word with useful conversation examples and ESL picture.

What Does Fiend Mean?

One use of the term ‘fiend’ is for the description of someone who wants something extremely bad. Other uses include people who hold a lot of skills in certain areas or tasks. Along with describing a person who gathers something in any way possible by begging, borrowing, or stealing. The term can also be used to describe a troublemaker or an evil person.

Some people believe that the origin of ‘fiend’ merely started at the hands of teens. This theory happened when teens misspelled the word friend. The term just seems to have appeared in the urban language used today.

Here are many different ways you will find this online slang term used.

A couple of friends talking and one says they don’t care if they get in trouble for not doing their chores causing their friend to call them a fiend for their selfish actions.

Here you have a girl talking with her boyfriend about a kid who isn’t behaving and trying to eat an entire cake. When they try to make him stop he screams acting like a little devil causing her to call him a ‘fiend’. 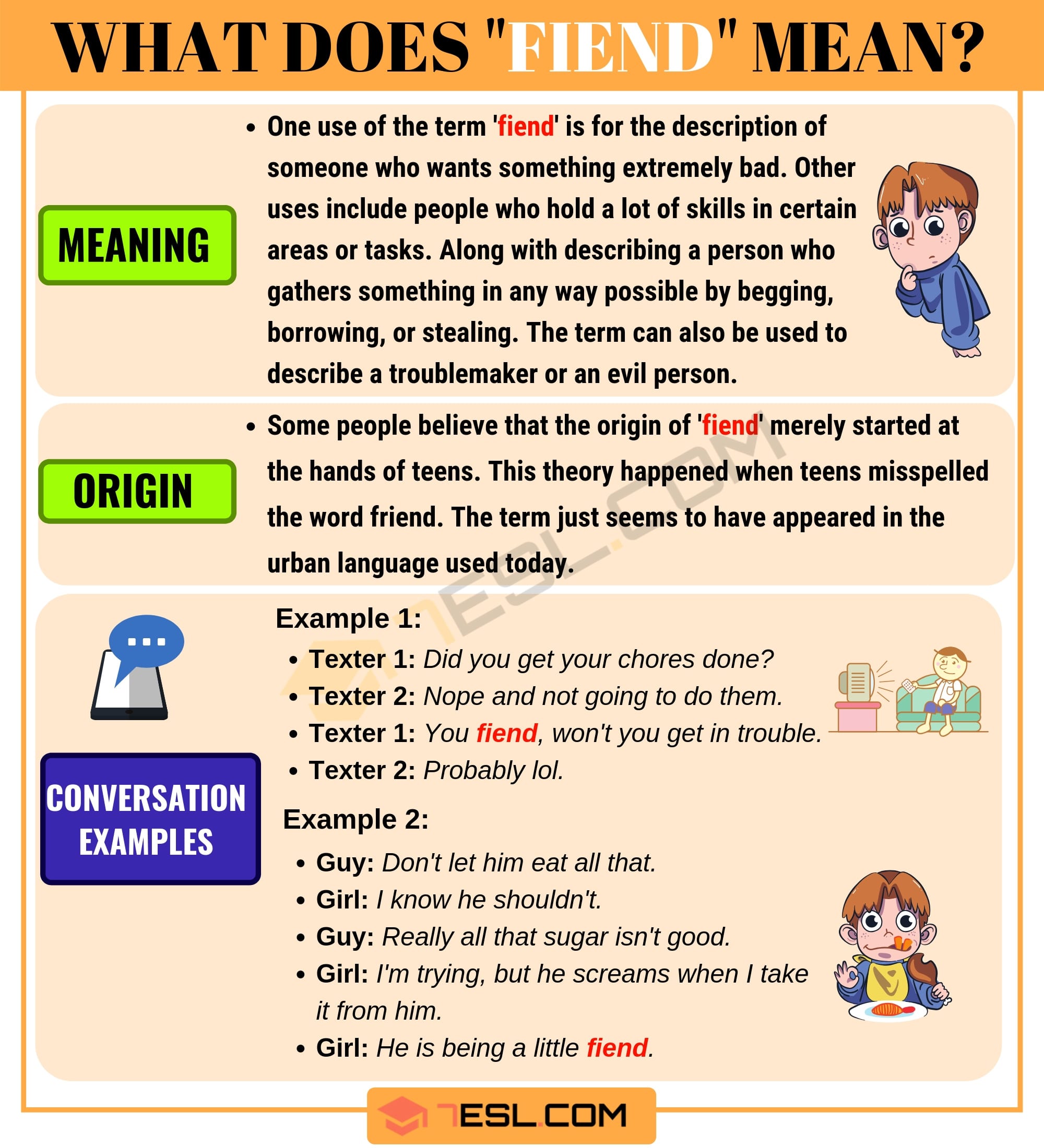