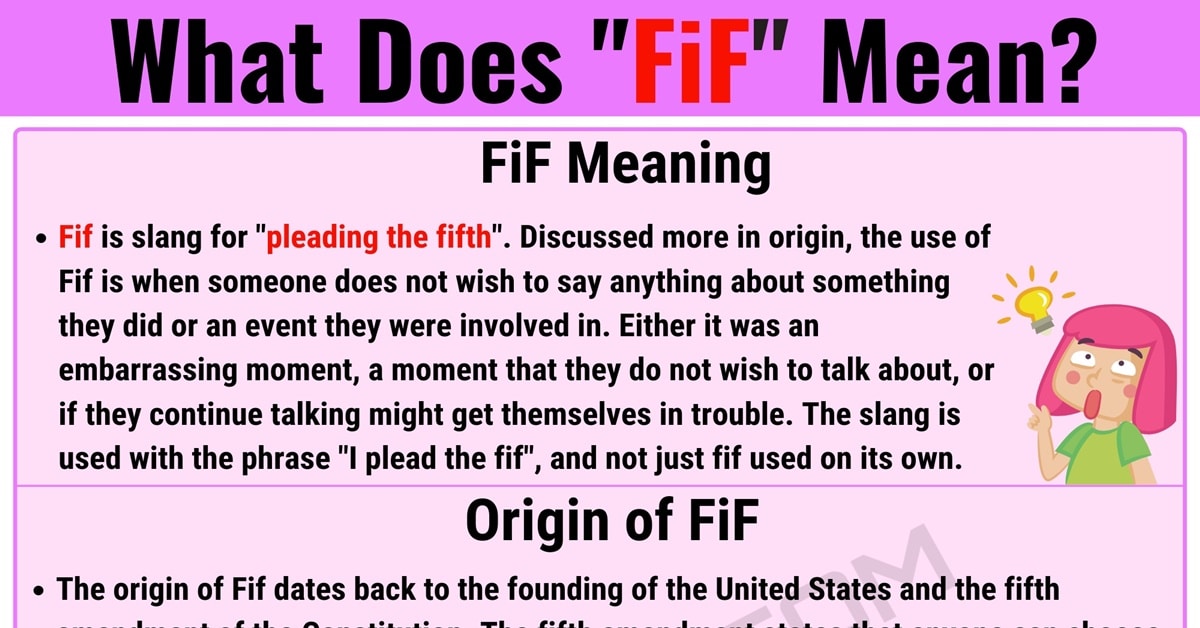 What does FiF mean? Learn the definition, how and when to use the internet slang word with useful conversation examples and ESL printable infographic.

What Does FiF Mean?

Fif is slang for “pleading the fifth”. Discussed more in origin, the use of fif is when someone does not wish to say anything about something they did or an event they were involved in. Either it was an embarrassing moment, a moment that they do not wish to talk about, or if they continue talking might get themselves in trouble. The slang is used with the phrase “I plead the fif”, and not just fif used on its own.

The origin of Fif dates back to the founding of the United States and the fifth amendment of the Constitution. The fifth amendment states that anyone can choose to remain silent if being charged for a crime if they feel that saying anything would incriminate themselves. Of course, the downside is that pleading the fifth does make that party appear guilty.

Fif therefore comes from the the word “Fifth”, but with the -th removed. While being able to plead the fifth has always been a part of United States law, using it as slang did not occur until, at the earliest, the 1980s or 1990s. It hasn’t seen much usage online or in text messages besides a surge of popularity in the early 2000s.

As an acronym, FIF can stand for “F***, It’s Friday” or “F*** it, It’s Friday”. Used as slang here in regards to doing something that wouldn’t normally be done during the workweek such as drinking too much or going to parties.

Fif can be spelled as “fizzif”, with both spellings being used interchangeably. Arguably fif is more popular as it sounds similar to the parent word “Fifth”, unlike “Fizzif”. 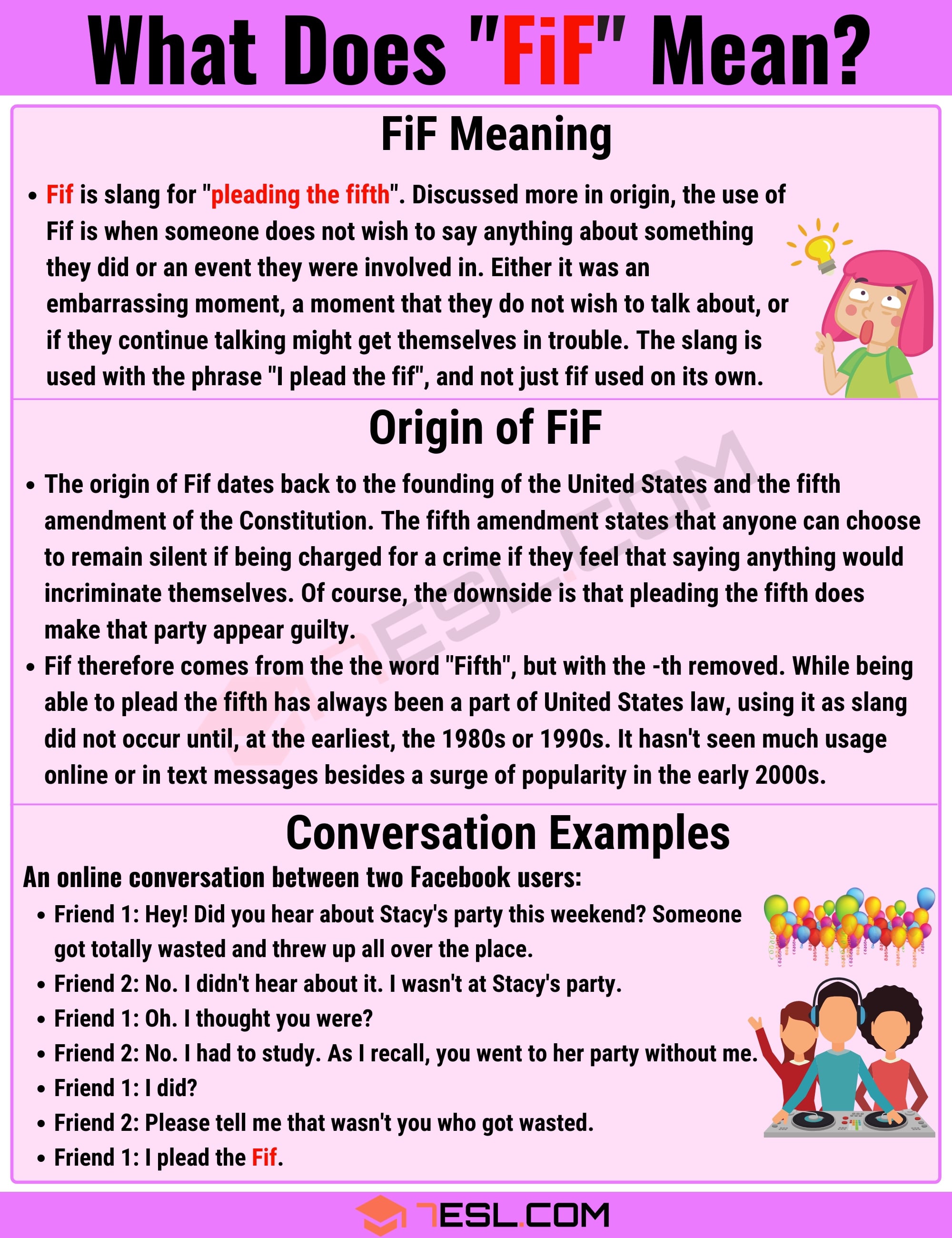