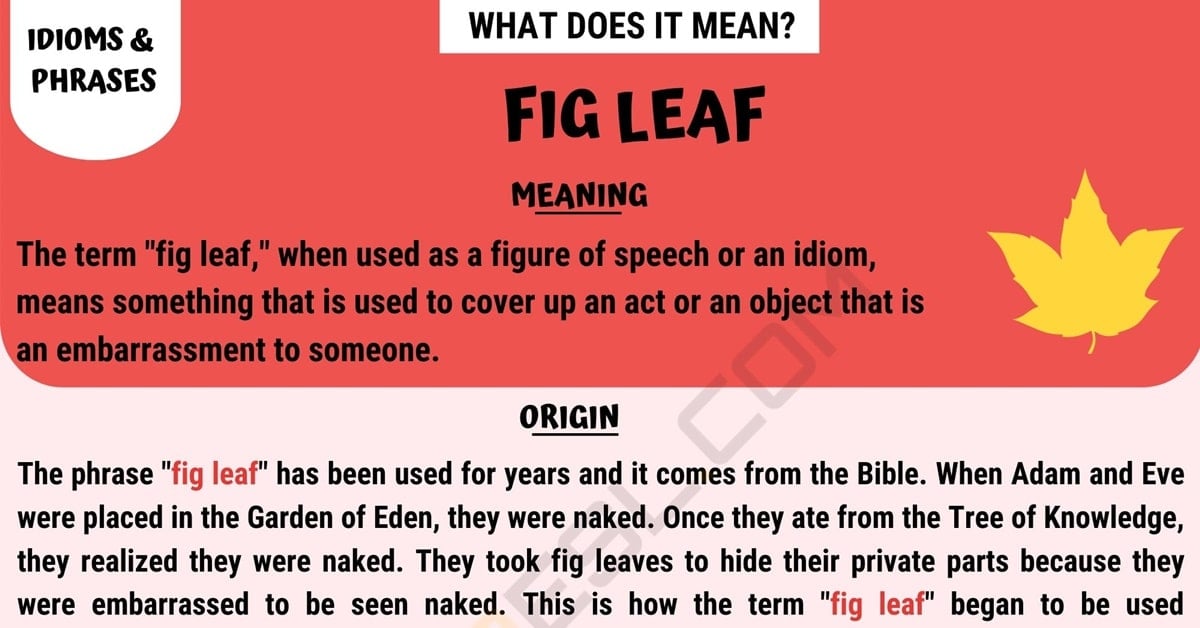 The term “fig leaf” can have a literal meaning, but it can also be used in a figurative sense as an idiom. This may be why you didn’t understand the term if it was used oddly and seemed out of context. Here you will find the meaning of this phrase when used as an idiom, information about the origin of the term as an idiom, some example sentences and conversations using the term figuratively, and some alternative words or phrases that you can use in conversation to replace this phrase.

The term “fig leaf,” when used as a figure of speech or an idiom, means something that is used to cover up an act or an object that is an embarrassment to someone.

The phrase “fig leaf” has been used for years and it comes from the Bible. When Adam and Eve were placed in the Garden of Eden, they were naked. Once they ate from the Tree of Knowledge, they realized they were naked. They took fig leaves to hide their private parts because they were embarrassed to be seen naked. This is how the term “fig leaf” began to be used metaphorically to mean any object or act of embarrassment that needed to be covered up so no one would see.

There are a few words that you could use alternatively that are synonymous with the phrase “fig leaf.” Some of the words or phrases you could use in place of this phrase include: 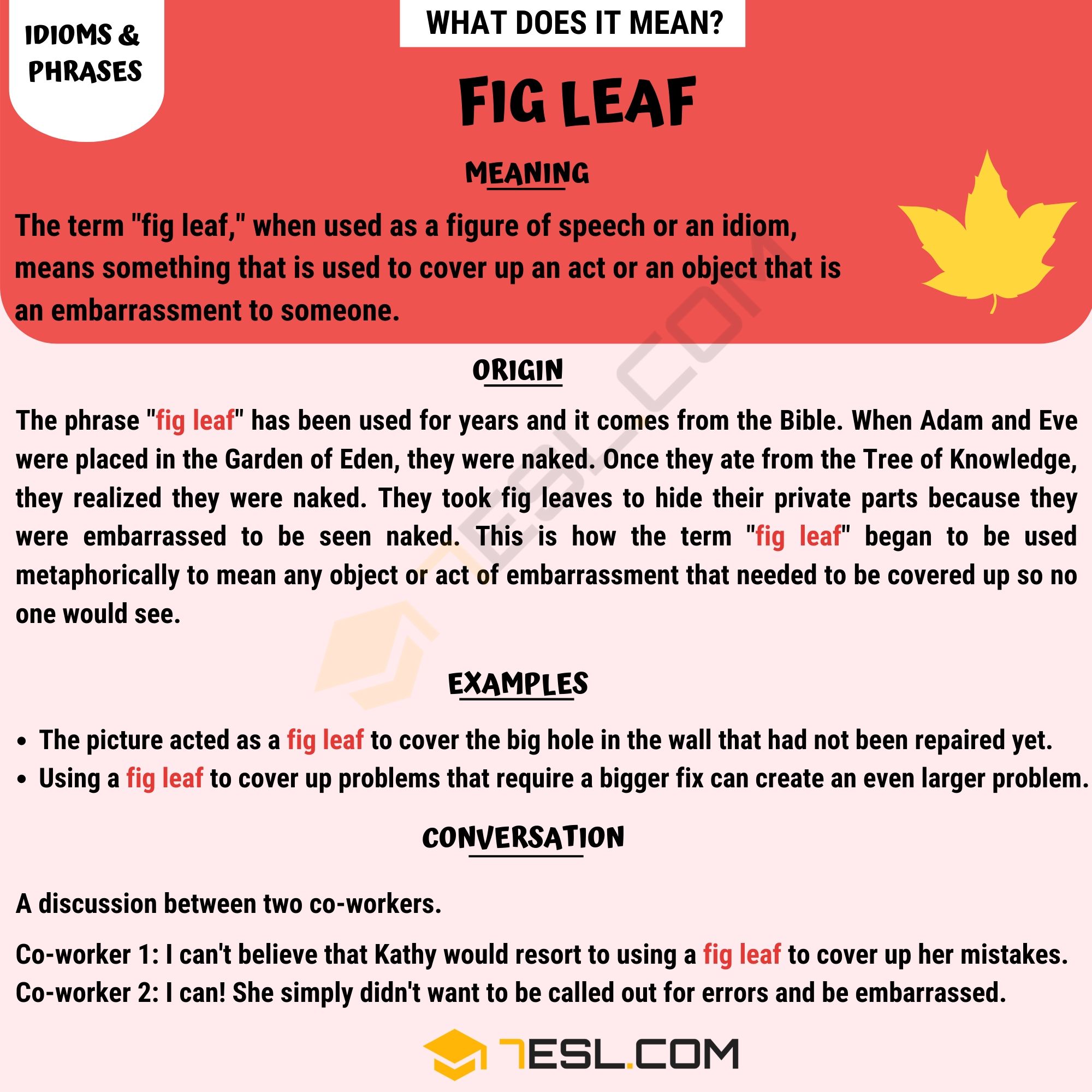