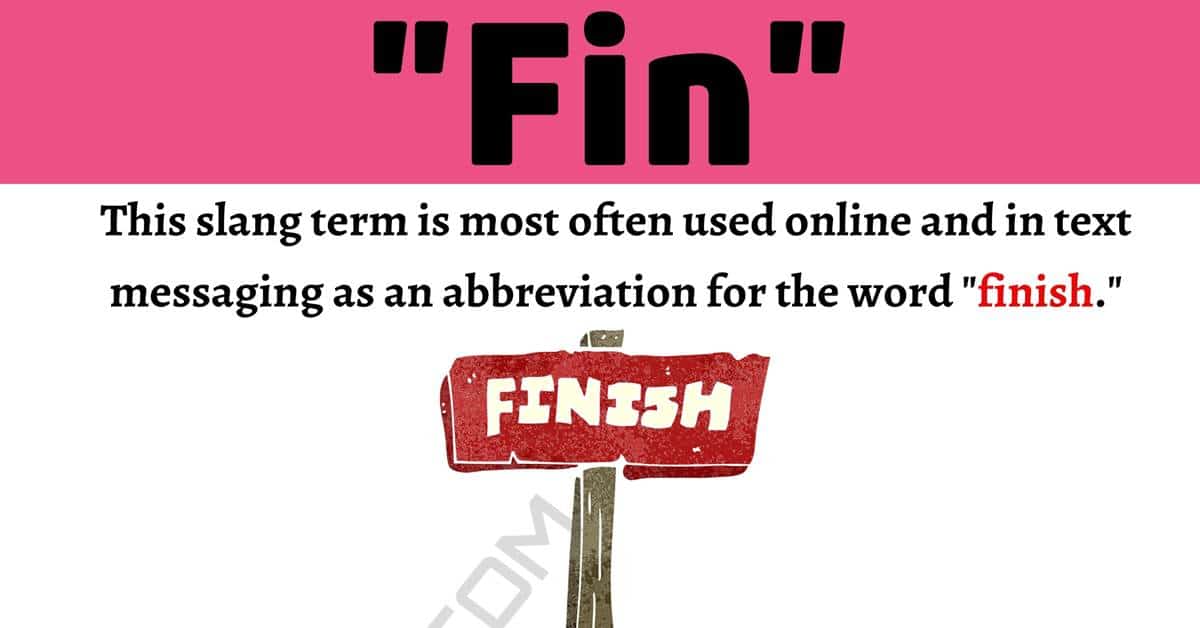 The slang term “fin” is used as a shortened form of a commonly used word. If you have run into this term used recently and were left wondering what meant, then you have journeyed to the right page. Below you will unearth everything you need to know regarding this term, including its meaning, the details of its first usage, and optional meanings the term can have. You will also be presented some example conversations that feature this term being properly used. The piece will end with some other words you can use to replace this term in conversation.

What Does “Fin” Mean?

This slang term is most often used online and in text messaging as an abbreviation for the word “finish.” It is used to express that you have reached the end of something.

The word “finish” was derived from the Latin words “fenire” and “finis” meaning “to limit or set boundaries” or “a boundary or border” respectively. The noun form of the word “finish” was first used in English in the late 1700s in the meaning stated above and was derived directly from these Latin words and meanings. The word is an everyday part of speech and, like other popular frequently used words, it was abbreviated to this slang term to make it easier, quicker, and more convenient to type online and in text messages.

There are multiple meanings for this term that can be found on the internet. This term is the official Spanish word for “finish” meaning to complete or end something. Another definition claims that this term is the abbreviated term for a five dollar bill. Another claims that the word is short for expressing that you are going to do something or about to do something, as in “I’m fin to go to the store.” Yet another definition claims that this term can be used to describe something that is bad or undesirable. There are other definitions offered as well, but they are too numerous to include them all here. When you see the term used it most often represents the meaning stated above, but pay attention to context to determine if it could mean one of this alternative meanings.

Two friends having a discussion via text messaging.

There are several synonyms you can utilize to replace this slang term and the word it represents. Some other words you could use that instead include: 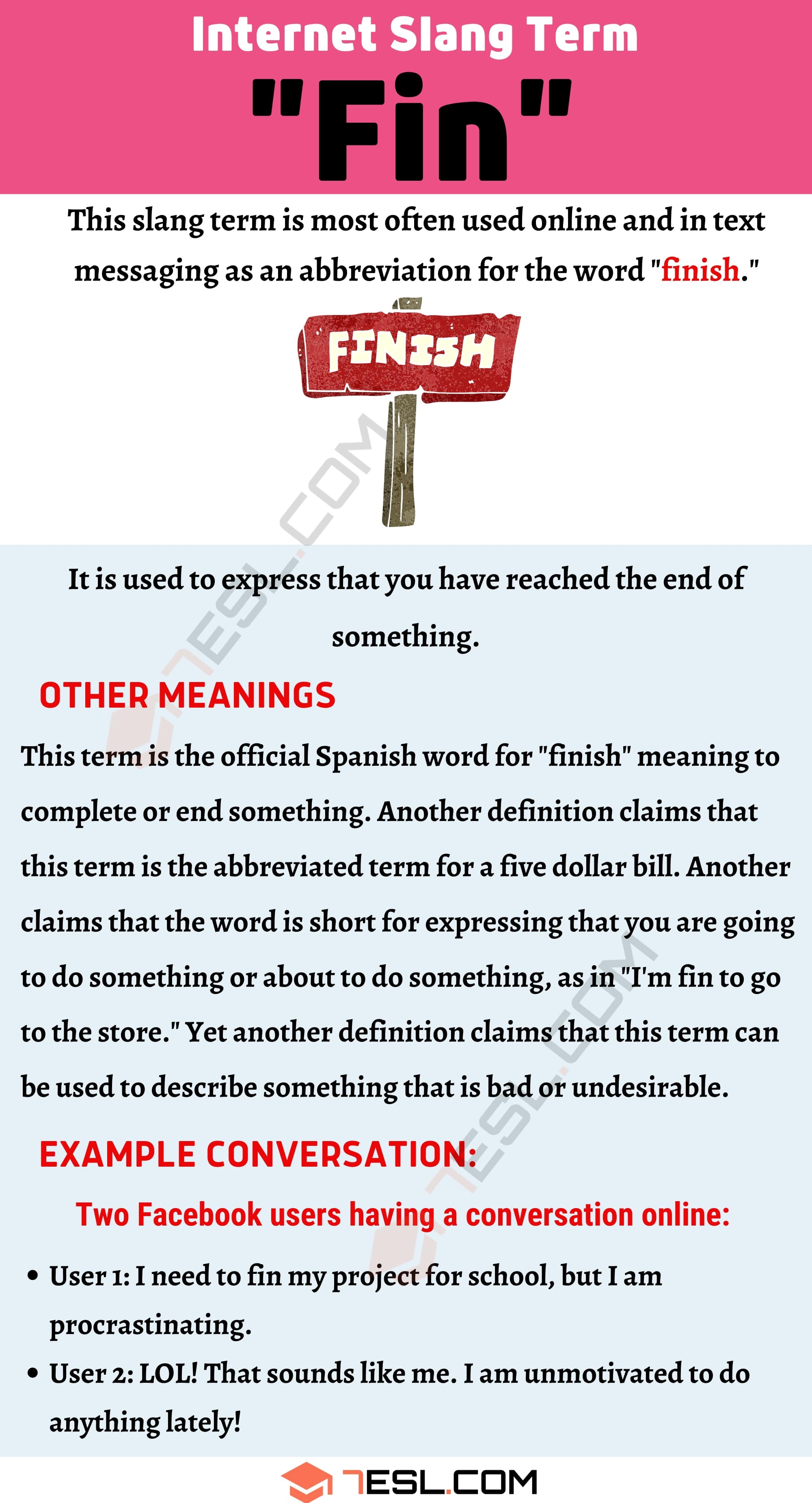