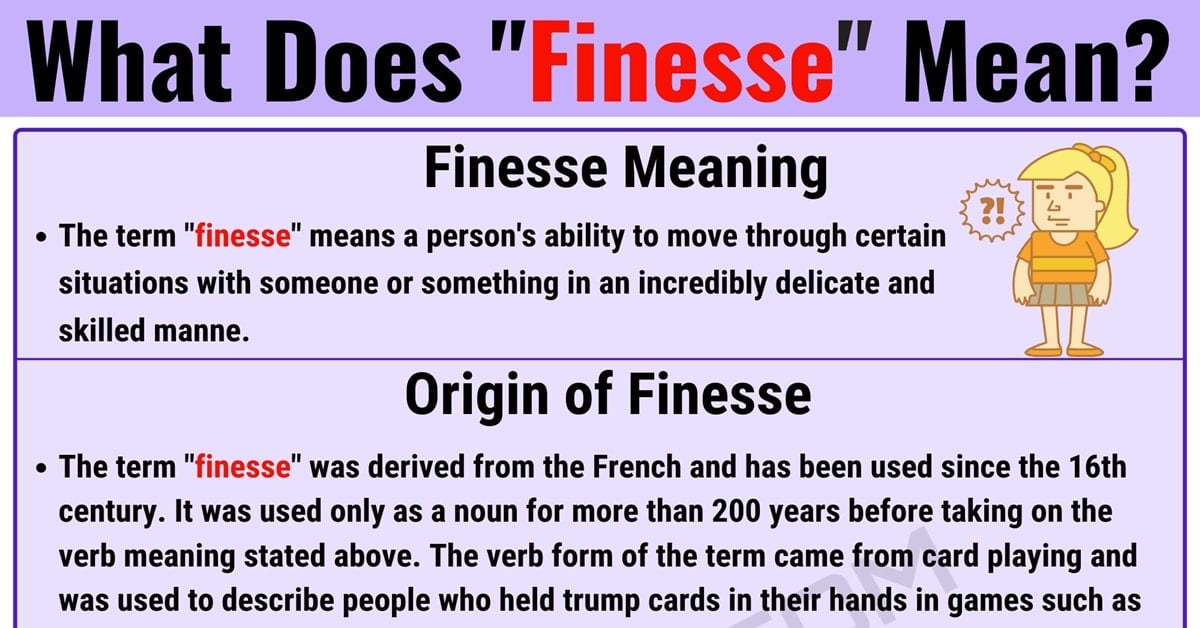 The slang term “finesse” is most likely a term that you have heard of if you are a fan of music artist Bruno Mars. However, do you know what this term means? If you were wondering anything about this word, then look no further. Here you will find the meaning of this word and the information about its origin.

You will also find some other meanings if they exist and some example conversations to help you gain a better understanding of the term by seeing it used in the proper context. Lastly, you will some alternative words and phrases that you can use in place of this term to convey the same meaning in conversations and writing.

What Does Finesse Mean?

The term “finesse” means a person’s ability to move through certain situations with someone or something in an incredibly delicate and skilled manner.

The term “finesse” was derived from the French and has been used since the 16th century. It was used only as a noun for more than 200 years before taking on the verb meaning stated above. The verb form of the term came from card playing and was used to describe people who held trump cards in their hands in games such as Hearts, Spades or Whist. It is used today to describe numerous actions not relates to card games.

There are two other meanings of the term “finesse.” The first meaning is the noun form of the word which means the delicate nature of texture, structure, and refinement something or someone possesses as a characteristic. The second meaning of the term “finesse” is another verb definition meaning to trick someone in such an artful and skillful way that they do not even realize they are being deceived. 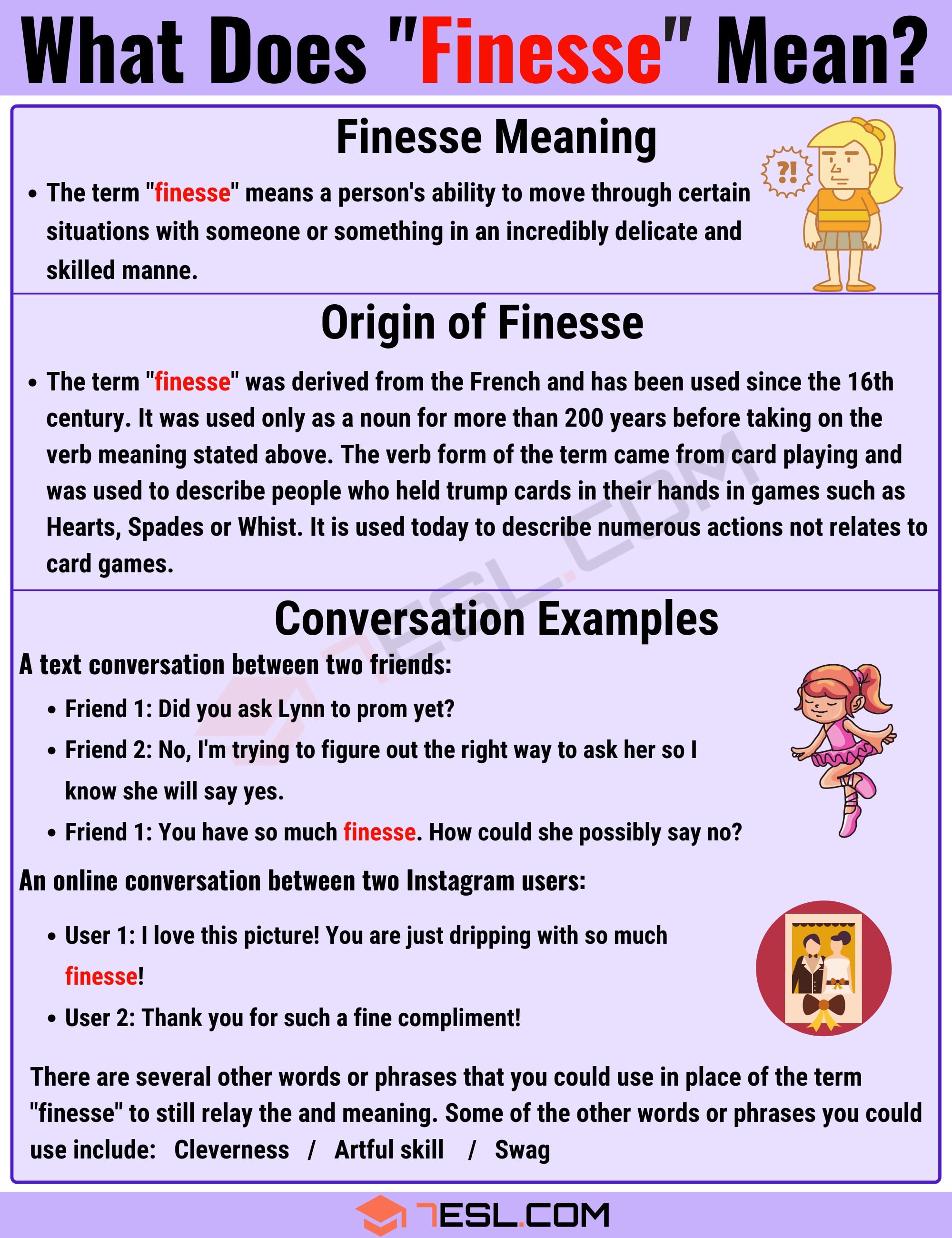