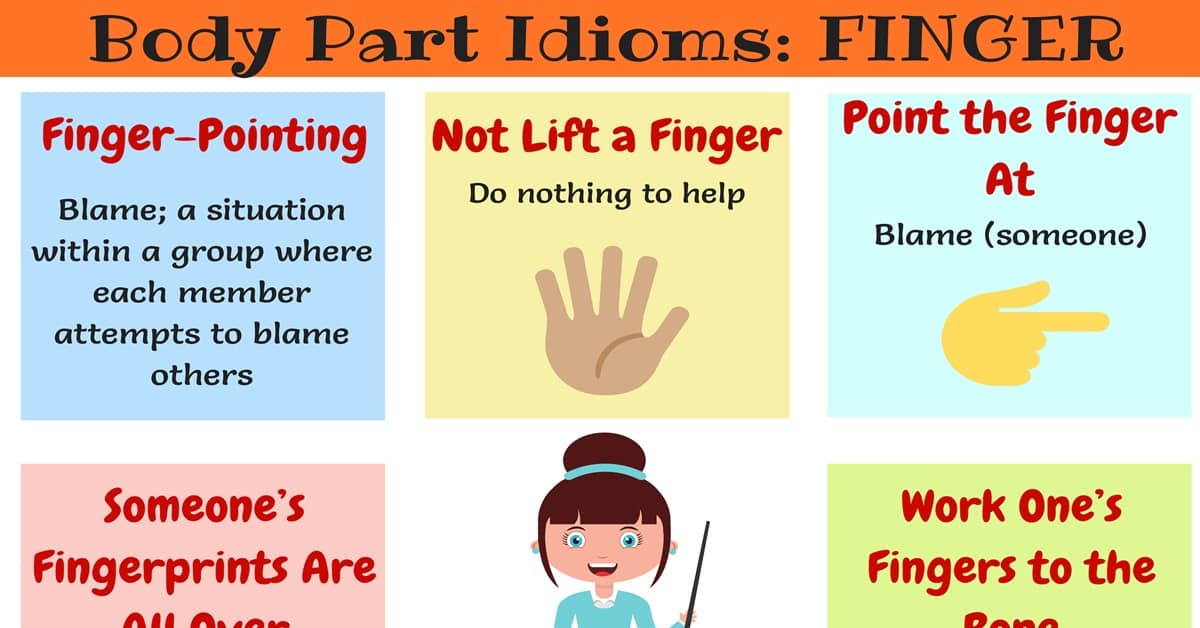 Finger Idioms and Sayings! List of common phrases and idioms with finger in English with meaning, ESL picture and example sentences.

Finger Idioms with Meaning and Examples

Not Lift a Finger

Point the Finger At

Someone’s Fingerprints Are All Over (Something)

Work One’s Fingers to the Bone

Have a Finger in Every Pie

Keep/ Have Your Fingers on the Pulse 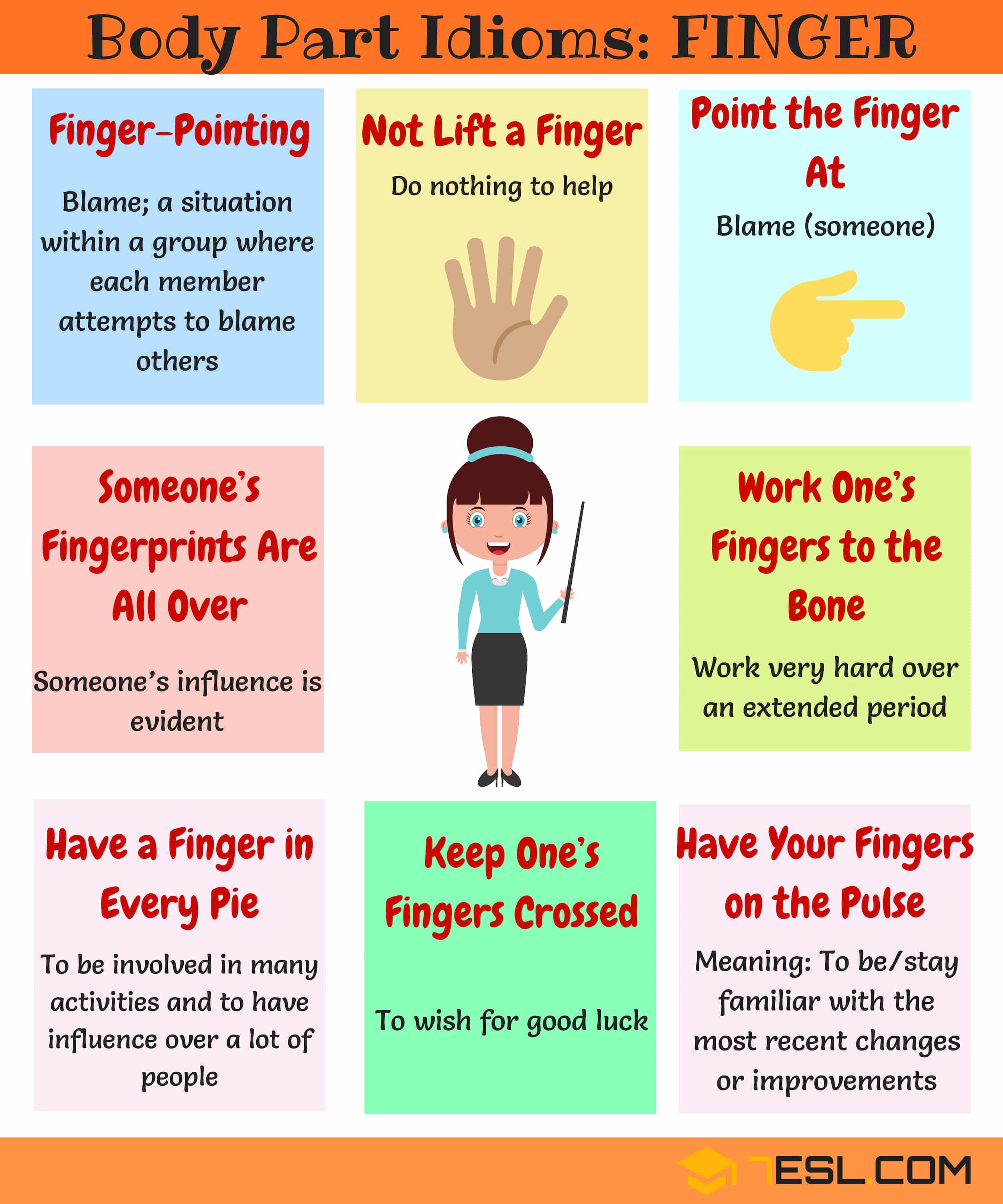