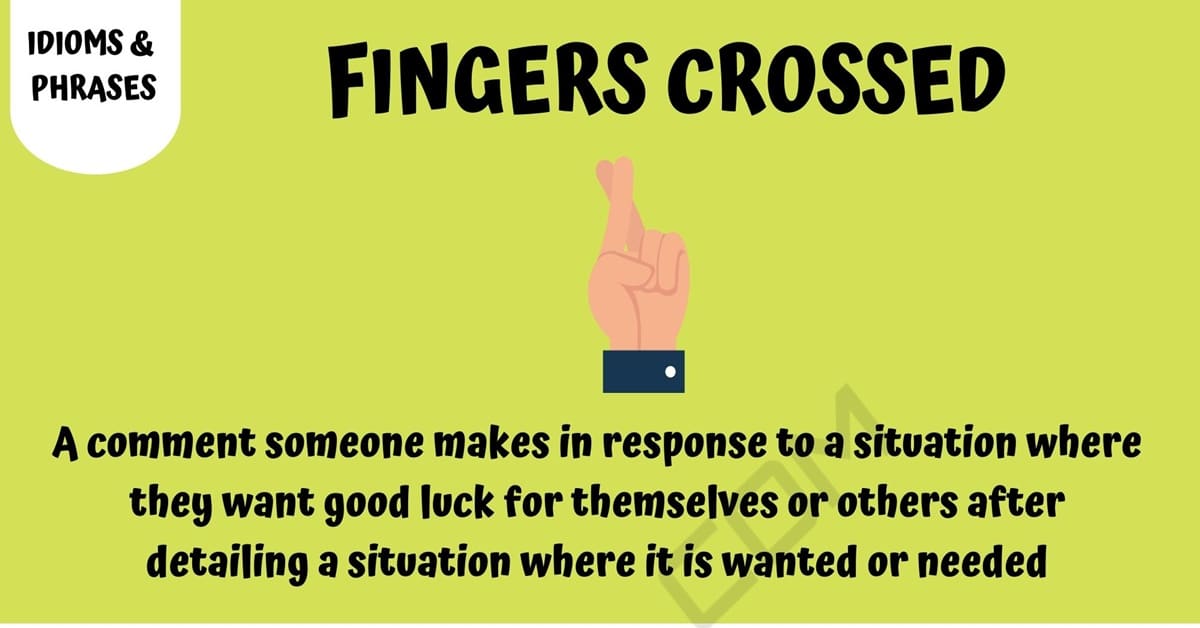 The idiomatic phrase “fingers crossed” is used frequently in everyday conversation and writing. Here you will find the meaning of this expression and the story of its origin. You will also find examples of how to use the expression properly in conversations/statements, followed by suggestions on how you can say the phrase differently and still convey the same meaning.

The idiomatic phrase is derived from the actual act of crossing your fingers. The act itself dates back to early Christianity where Christians would cross their fingers as a sign of the cross and their beliefs. Throughout many years, the symbolism for this act came to mean good luck or well wishes instead and the idiomatic phrase was born.

A statement in the newspaper by a local man.

A statement made by a hockey player right before his big game.

A conversation between two students in the same class.

A conversation between a mom and her daughter.

Other Ways to Say “Fingers Crossed”

As is the case with all idiomatic phrases, there are many ways you can convey the same meaning in more literal terms. Some of the things you could say instead include hopefully, here’s hoping or God willing.

What does “Fingers Crossed” Mean? | Picture 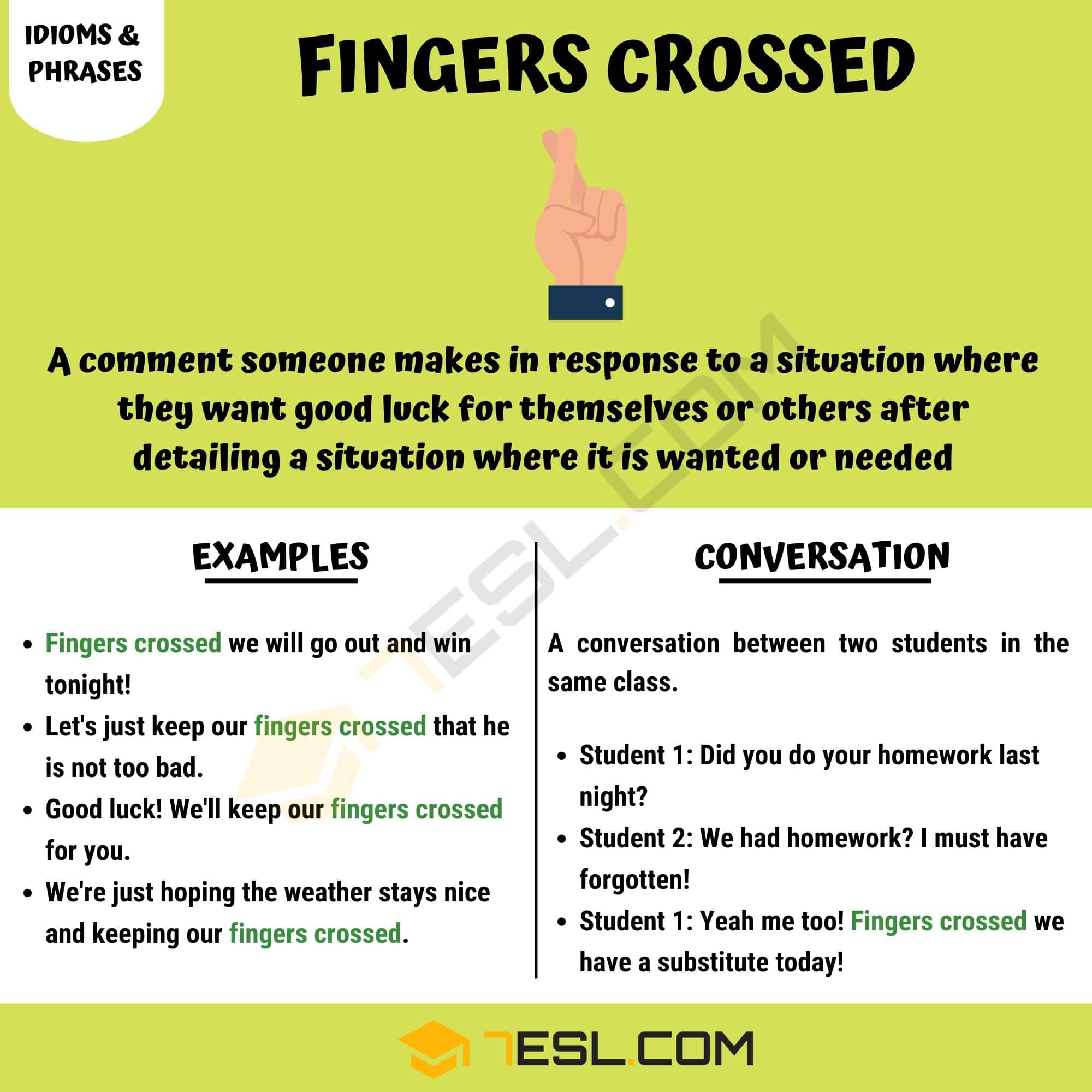