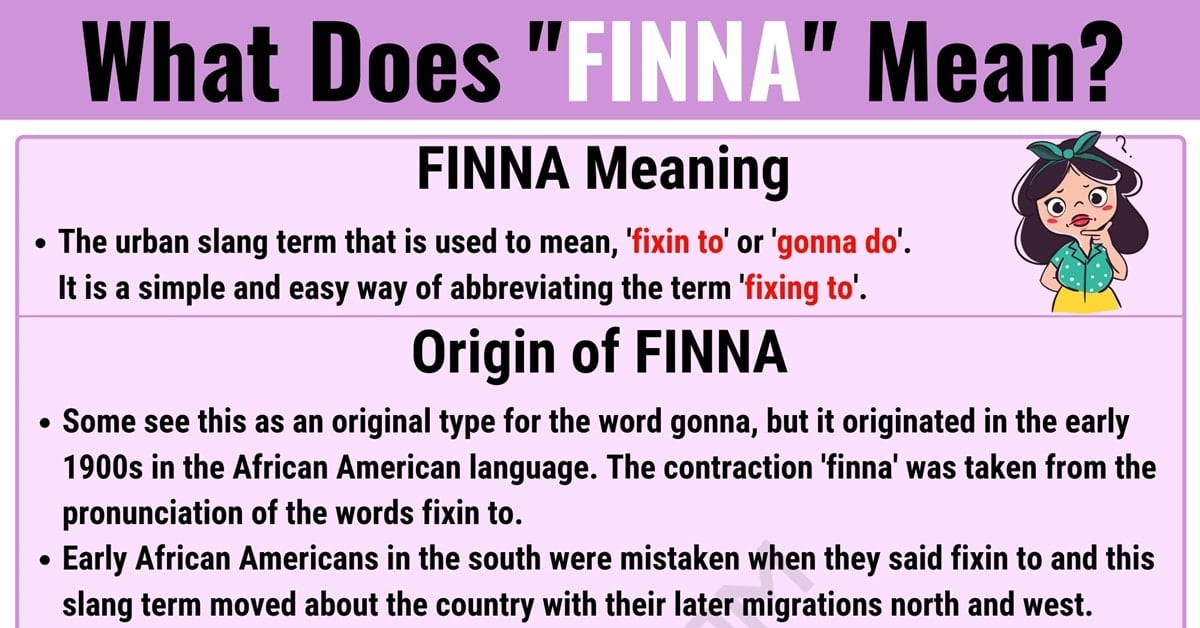 What does Finna mean? Have you ever used this text abbreviation in daily texting conversation? Let’s find out how to use it with useful conversation examples and ESL infographic.

What Does Finna Mean?

The urban slang term that is used to mean, ‘fixin to‘ or ‘gonna do‘. It is a simple and easy way of abbreviating the term ‘fixing to’.

Some see this as an original type for the word gonna, but it originated in the early 1900s in the African American language. The contraction ‘finna’ was taken from the pronunciation of the words fixin to.

Early African Americans in the south were mistaken when they said fixin to and this slang term moved about the country with their later migrations north and west. Ironically the term fixin originated in the Appalachian Mountain region and not in Africa. Later the slang term ‘finna’ moved its way into the hip-hop culture and made a giant leap forward into modern pop culture.

Ways you will find this abbreviated term used.

Someone procrastinating doing chores will commonly use the term ‘finna’.

A group of school friends in a party text talks about homework and how none of them have done it yet. One says they are getting ready to do it and invites the others to join and help get it done fast.

On an online chat, a guy changes everyone’s mind with free beer and a party invite. One friend who wasn’t going to be able to make it all of a sudden gets freed up and able to head toward the fun. 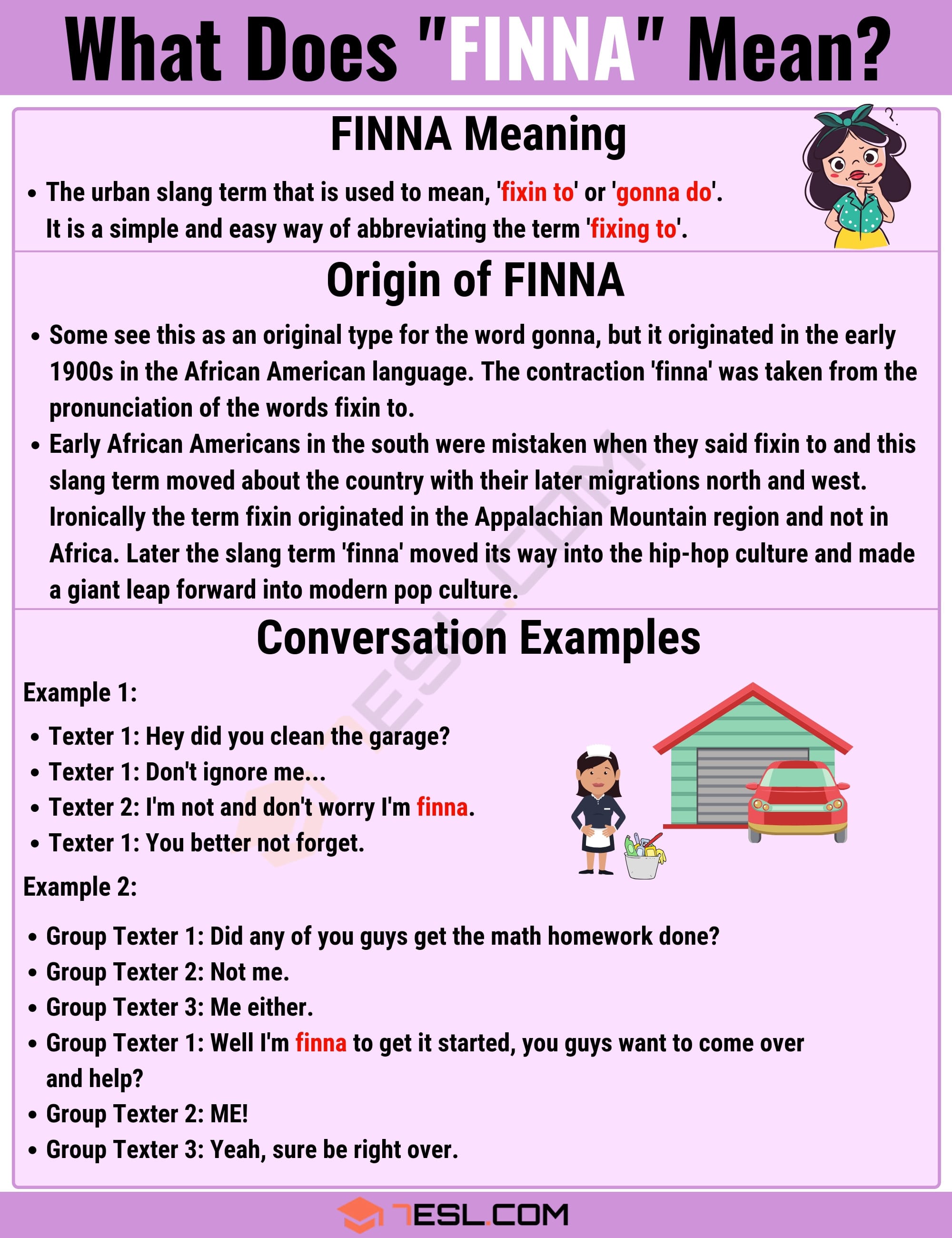