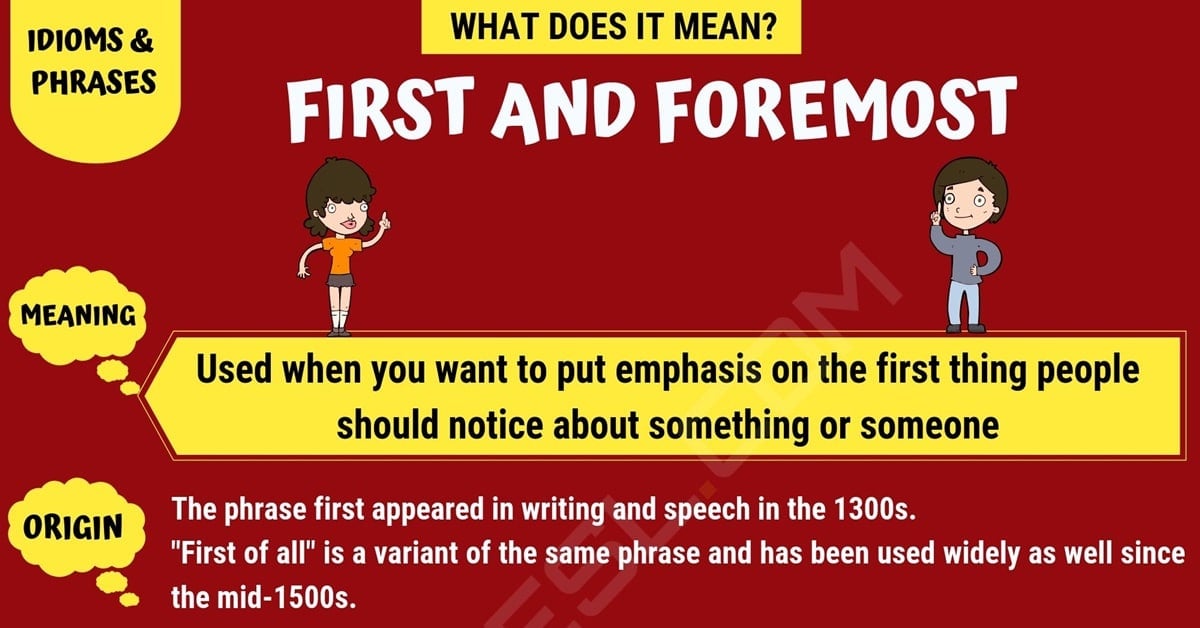 First and Foremost! Idioms are clever ways to convey thoughts and feelings through figurative speech. Many popular idioms still used today actually originated hundreds of years ago. One of those common idioms is “first and foremost.” Here you will find the meaning of the phrase, its origin story, examples of how it is used in everyday conversation/statements and other ways to say the same thing.

The phrase “first and foremost” is used when you want to put emphasis on the first thing people should notice about something or someone.

The phrase first appeared in writing and speech in the 1300s. “First of all” is a variant of the same phrase and has been used widely as well since the mid-1500s.

A football player talking to a reporter after losing a game.

A passionate woman standing to deliver a speech a rally for the environment.

A conversation between a mother and father.

A conversation between a boss and employee.

Other Ways to Say “First and Foremost”

There are many other ways to say “first and foremost” and convey the same meaning. For example, you could say “primarily,” “this is more important than” or “this takes precedence over everything else.” 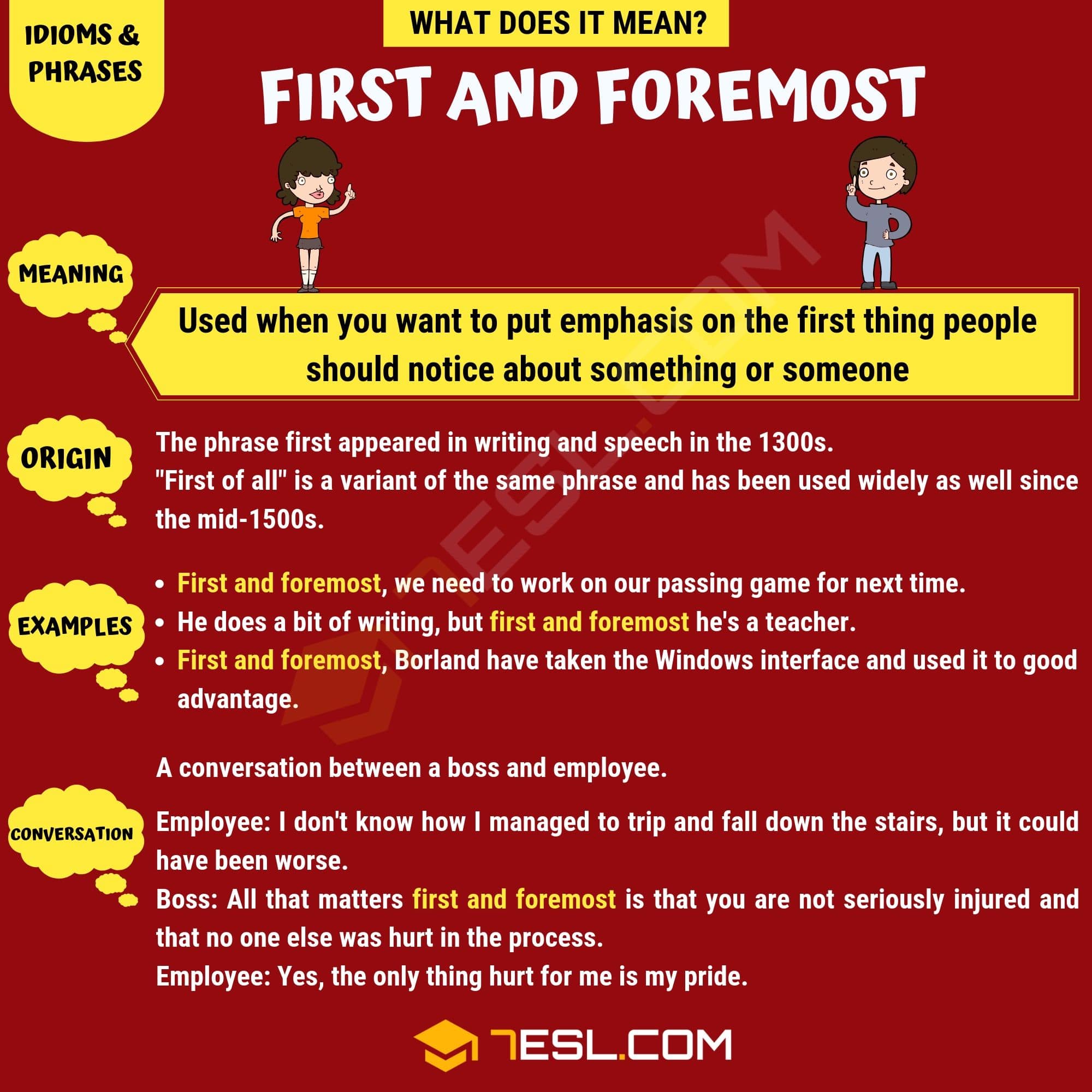