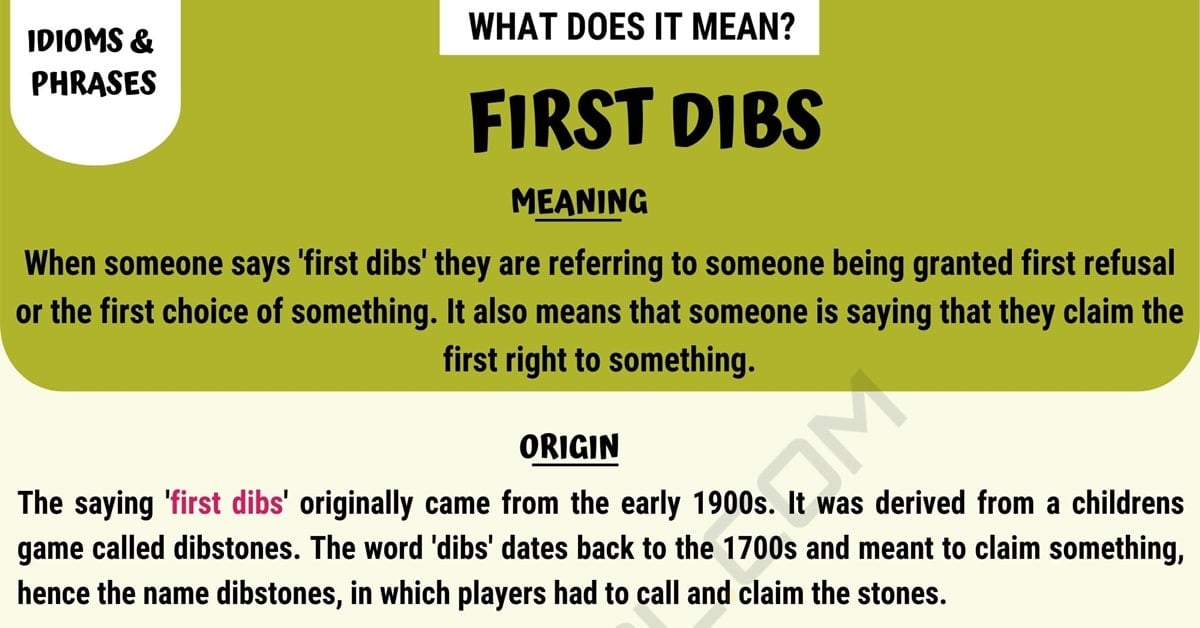 If you have ever heard someone use the term ‘first dibs’ you may have wondered what it meant. We are going to look at the meaning of this term and how we can use it in conversation. We will also look at the history of the phrase and where it originated from.

When someone says ‘first dibs’ they are referring to someone being granted first refusal or the first choice of something. It also means that someone is saying that they claim the first right to something.

The saying ‘first dibs’ originally came from the early 1900s. It was derived from a children’s game called dibstones. The word ‘dibs’ dates back to the 1700s and meant to claim something, hence the name dibstones, in which players had to call and claim the stones.

There are other ways in which you could express the meaning of the idiomatic phrase ‘first dibs.’

Here are some examples of things you could say.

A person laying claim to something is shown in this example.

This statement shows someone being given the first choice of something.

You might be wondering how the phrase ‘first dibs’ fits into a conversation, so here are some examples of how it might work.

The first conversation shows two people talking about giving someone their first refusal on seating.

This conversation shows someone claiming their preferred choice.

When to Use the Idiom “First Dibs” | Image 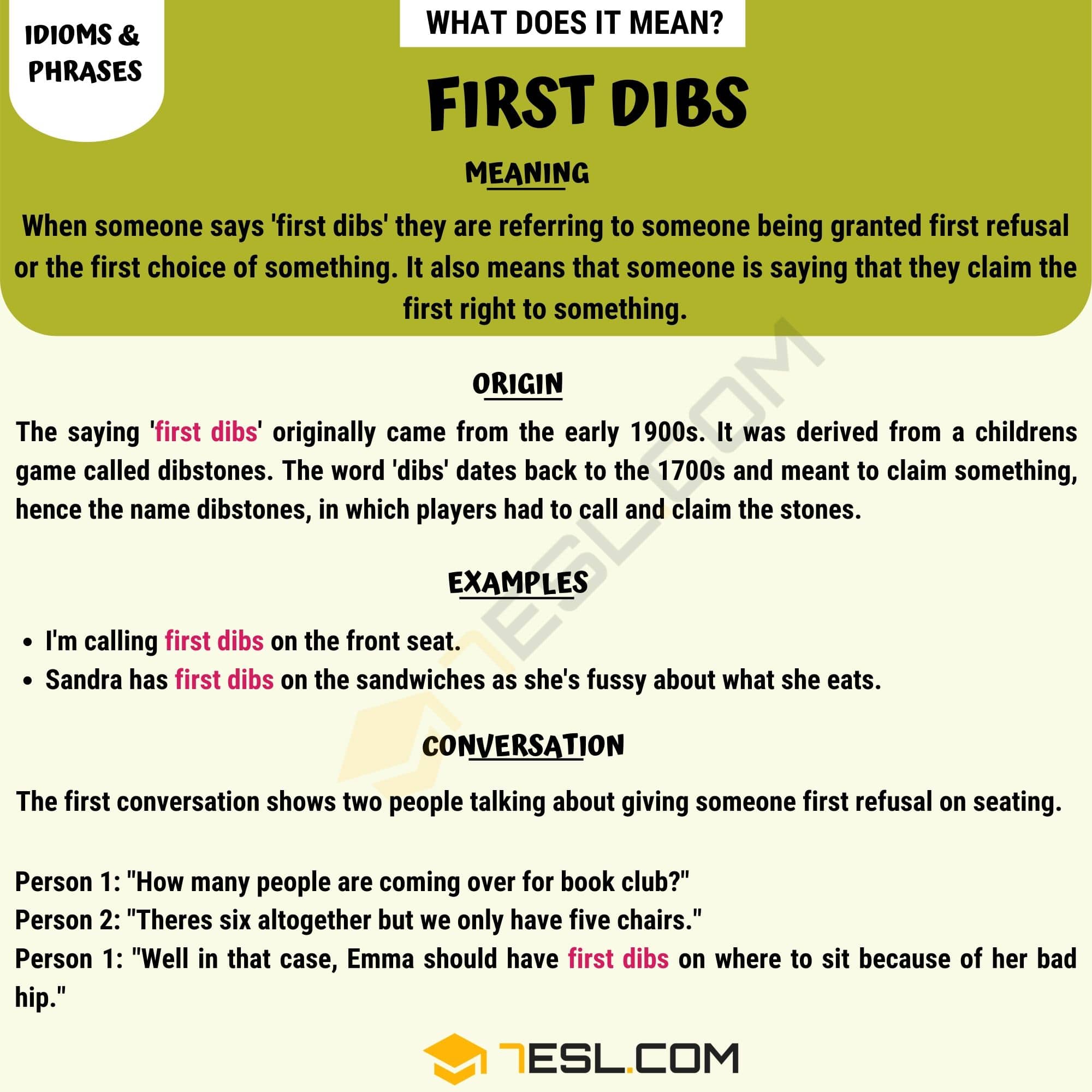