“Fisting” will only be a term that you will hear if you run in certain circles with specific interests. If you are here, this probably means you have seen this term used and are pondering what it means. You have come to the right place. You will find the definition of this slang term here and its origin information. You will also be presented with some other meanings if there are any, see some example conversations with the term used correctly to further your understanding and some alternative words or phrases you can use instead of this term to mean the same thing.

A text discussion between two people that know each other well: 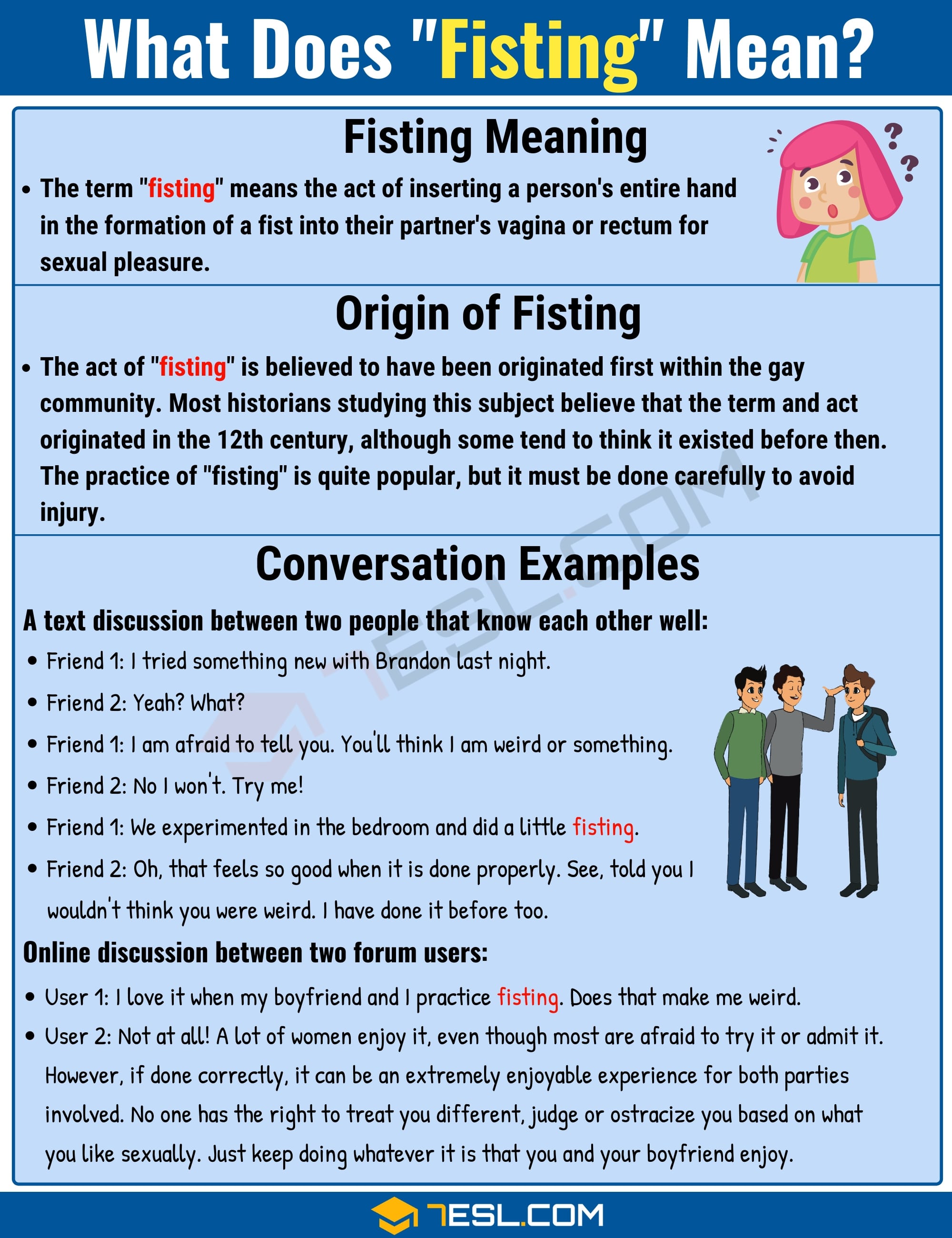