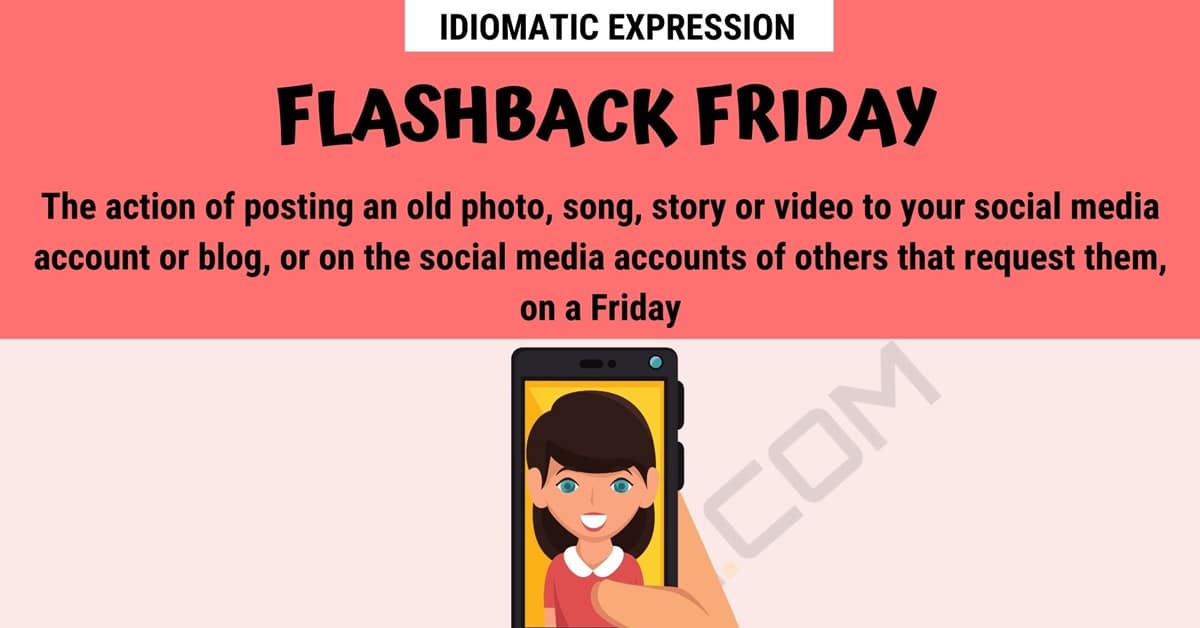 The phrase “flashback Friday” is a phrase you may see or hear widely used, especially on social media sites. Here you will find the meaning of this phrase and the available information on its origin. You will also find examples of how to use this phrase properly in conversations/statements and suggestions of other ways that you can say this phrase to convey the same meaning.

The idiom “flashback Friday” originated on the social media site Instagram in 2012. Users began sharing media and labeling it with the hashtags #FBF or #flashbackFriday to share a story from the past, a photo to show personal growth and change or simply a song or video that was nostalgic to them. To this day, the phrase is still popular among social media users along with “Throwback Thursday.”

A statement made by a celebrity on a talk show after showing the crowd a picture of them as a child.

Other Ways to Say “Flashback Friday”

What does “Flashback Friday” Mean? | Image 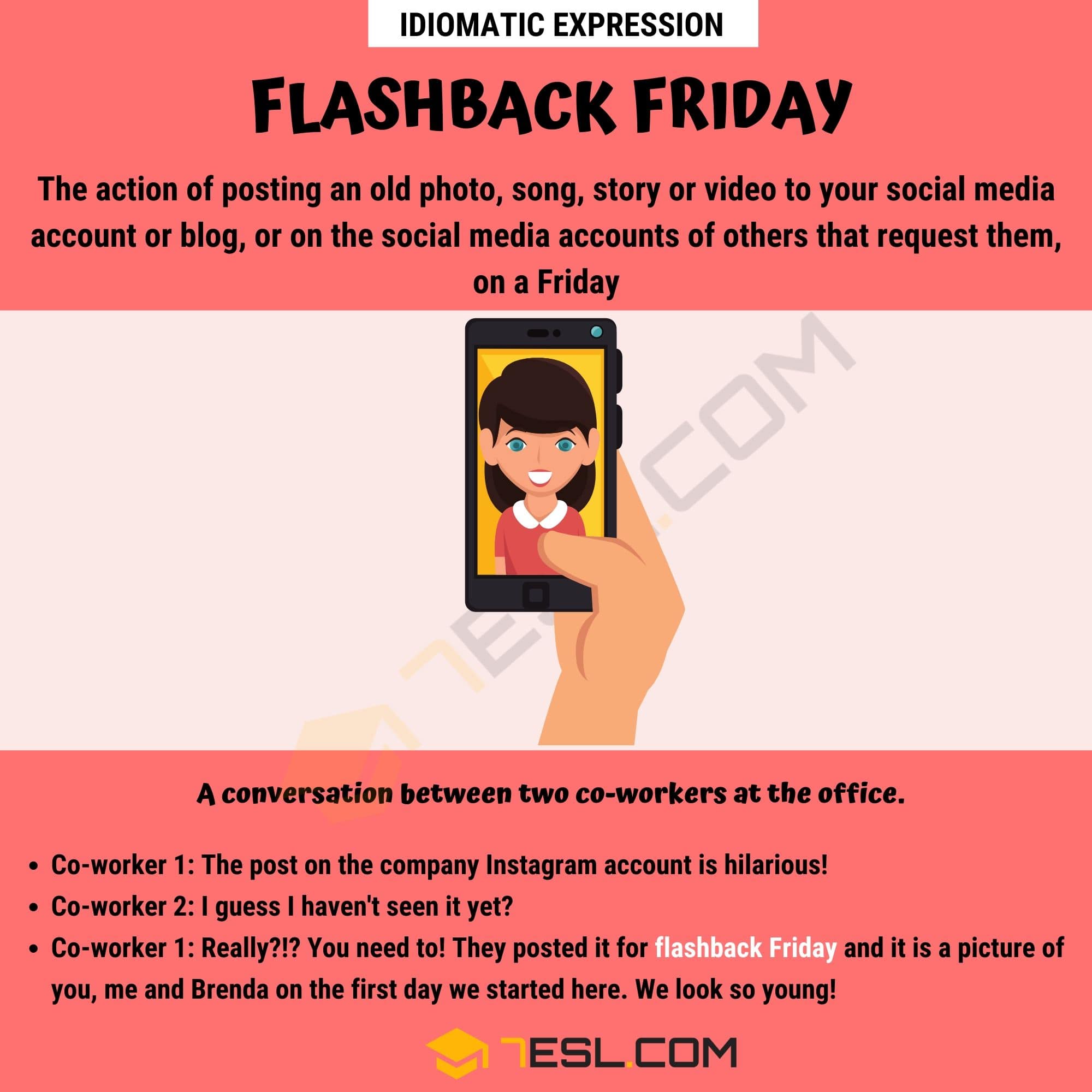