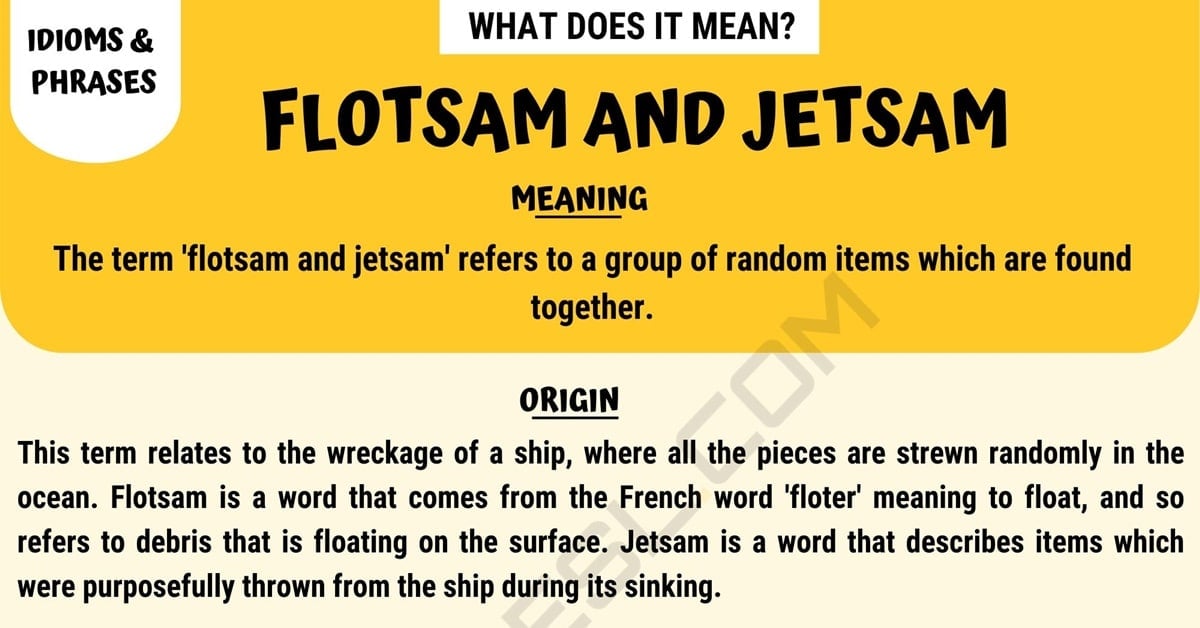 If you have ever heard someone use the term ‘flotsam and jetsam’ you may have wondered what they are talking about. We are going to take a look at the meaning of this saying and where it came from. We will also look at how the term can be used in every day conversation.

The term ‘flotsam and jetsam’ refers to a group of random items which are found together.

This term relates to the wreckage of a ship, where all the pieces are strewn randomly in the ocean. Flotsam is a word that comes from the French word ‘floter’ meaning to float, and so refers to debris that is floating on the surface. Jetsam is a word that describes items which were purposefully thrown from the ship during its sinking.

Here is a statement made to describe some items found on the floor.

This is a statement made to show a mess in the workplace.

If you are curious to know how the term ‘flotsam and jetsam’ can work in a conversation, here are some examples of how it might sound.

The first example shows a conversation about a room which contains a lot of random items making it difficult to find the required item.

This conversation uses the term to describe a garage which needs cleaning.

There are many other ways in which you can express the meaning of the interesting idiomatic expression ‘flotsam and jetsam.’

Here are some examples of ways to say it using different wording. 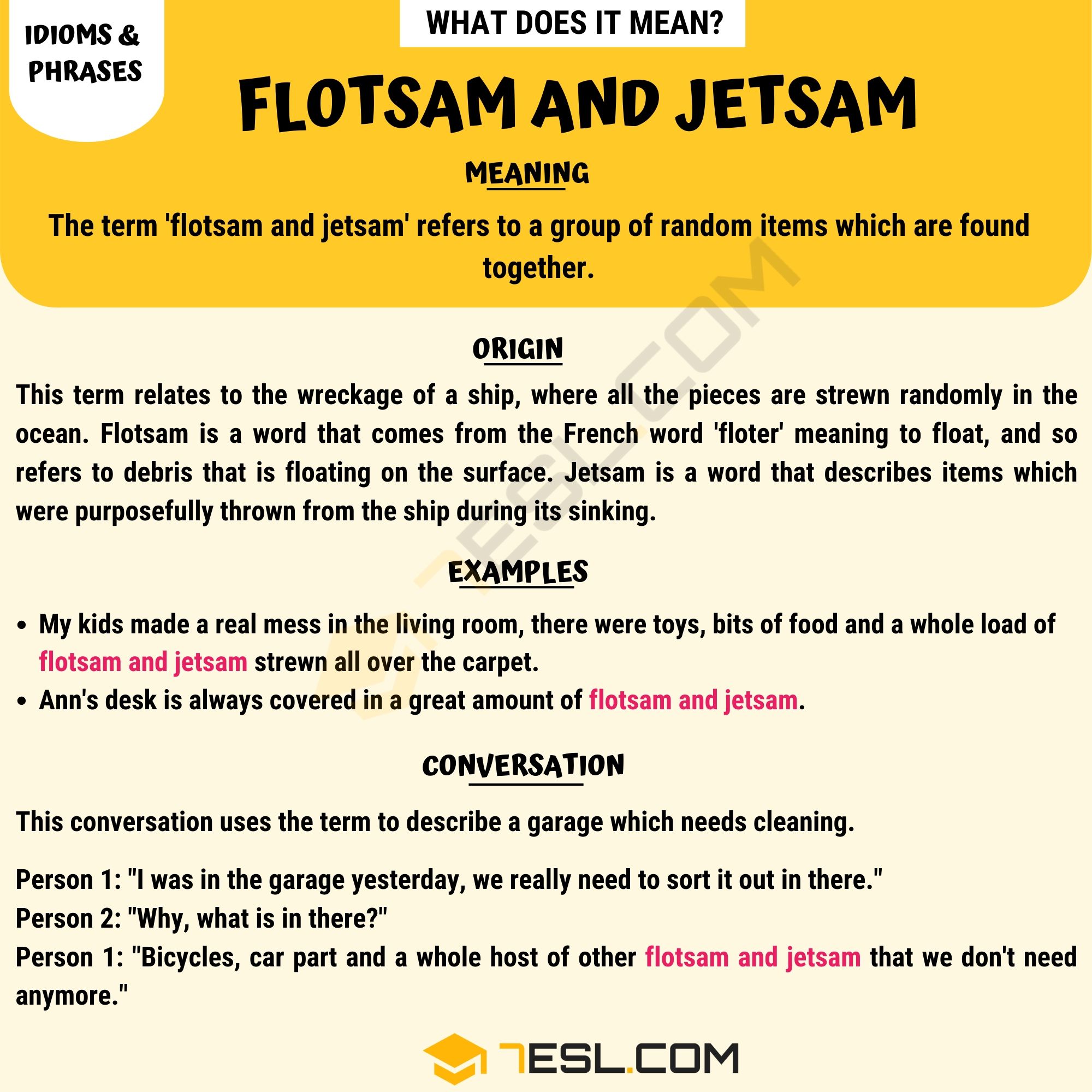