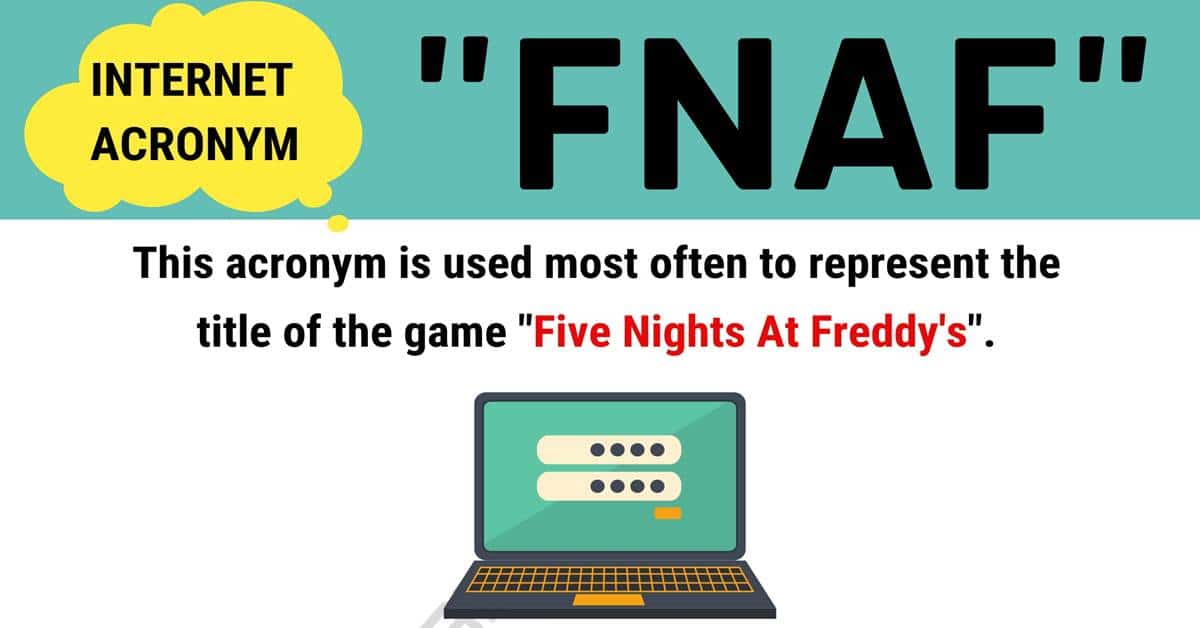 If you are a gamer, then you are more than likely familiar with what the acronym “FNAF” stands for. However, odds are you have heard or seen this term used and have never encountered it before and came here looking for some information to clarify it for you. If that is the case, then you have come to exactly the right place. Here you will find more than the meaning of this acronym. You will also find some information regarding the origin of the phrase this acronym represents and some other meanings of this acronym if there are any to be found. You will also find some conversation examples to read through to help you better understand the term. Finally, you will discover some synonyms that can be used in place of this acronym if anything is able to be used without changing the meaning.

This acronym is used most often to represent the title of the game “Five Nights At Freddy’s.” It is a single-player game in the horror genre of video games where a player must survive five increasingly difficult levels without being killed by one of the animatronic characters that come to life after the pizza shop they are in closes.

The idea behind Five Nights at Freddy’s came from another game produced by creator Scott Cawthon. The previous game creation was family-friendly and featured a beaver. However, players of the game said the beaver looked like an animatronic character and was scary. Cawthon, who usually produced family-friendly and Christian oriented games, changed speeds and produced Five Nights at Freddy’s based on user criticism, The game was officially released to the public through the gaming company Desura on August 20th, 2014. Since its initial release, the game became popular with online gamers and has since produced four sequels.

Other than two French national organization, there are currently no other known meanings of the acronym or the phrase that it officially represents.

An online discussion between two users on an internet gaming forum.

Since this acronym represents the official title of a well-known video game, it is impossible to represent with any synonyms. Attempting to do so would change the meaning and no longer represent the video game itself. 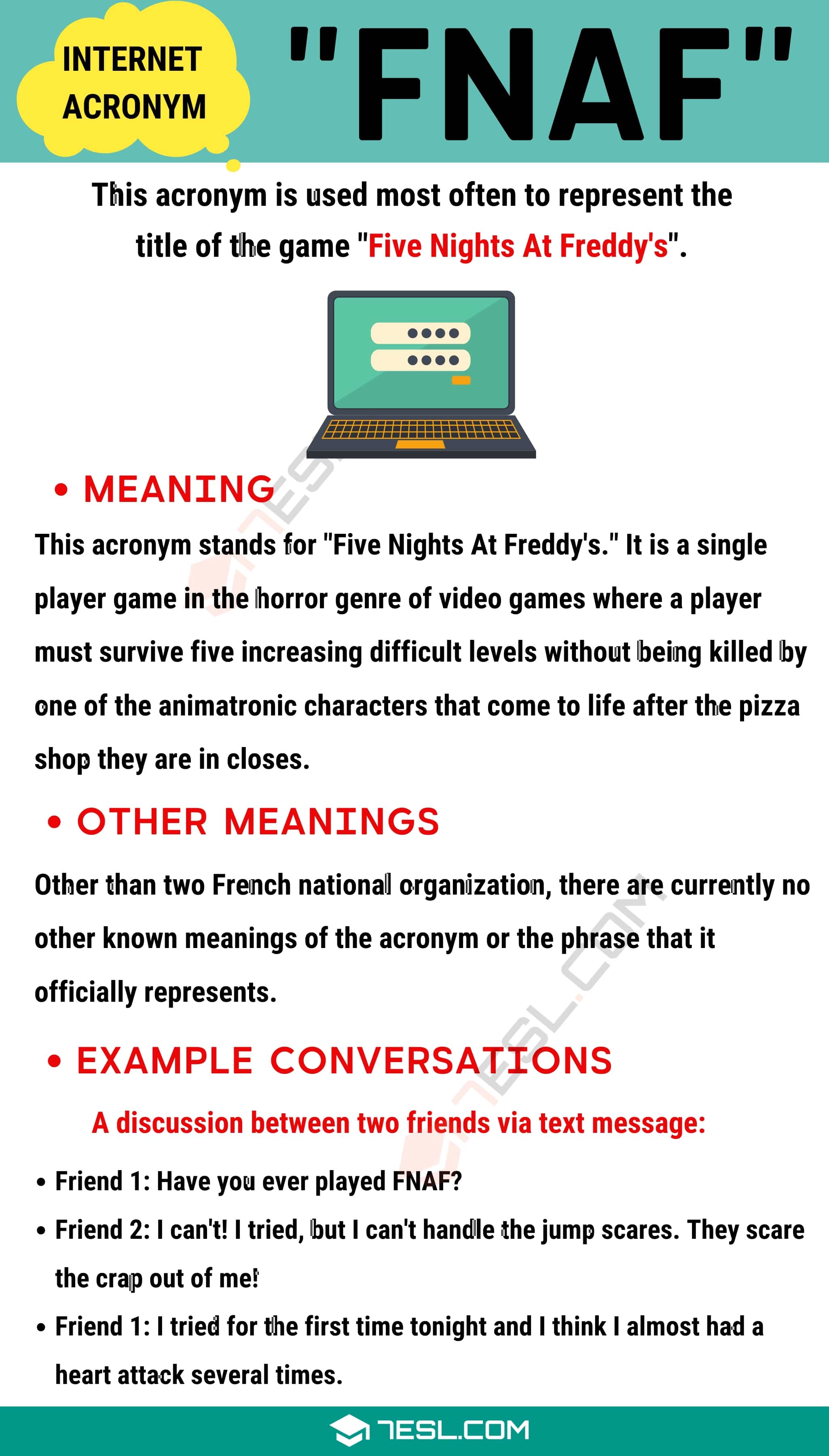