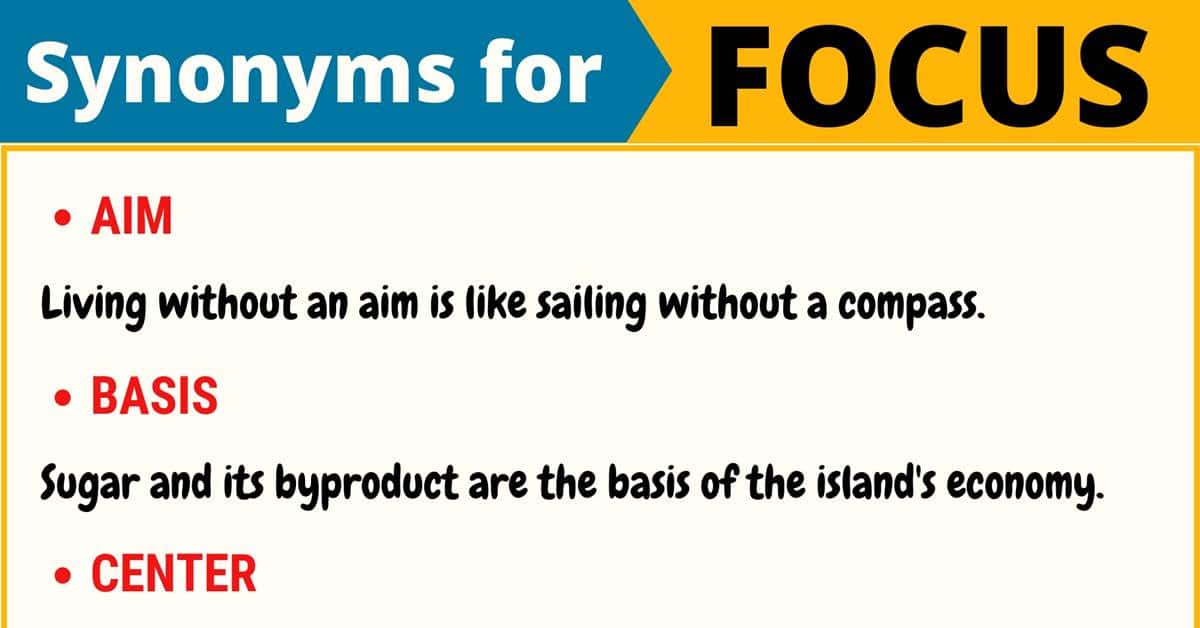 What is another word for “focus”? This lesson provides a list of useful “focus” synonyms with ESL pictures and example sentences. Learn these synonyms for “focus” to broaden your vocabulary in English.

The word focus can be used as a verb or a noun. When used as a verb, focus is the act of adjusting your sight to the available light in a location or to pay attention to something or someone. When used as a noun, focus means the subject of interest or sharpening the lens of a camera or other device to produce a clear picture.

Other Words for “Focus”

Learn 25 synonyms for “focus” in English. 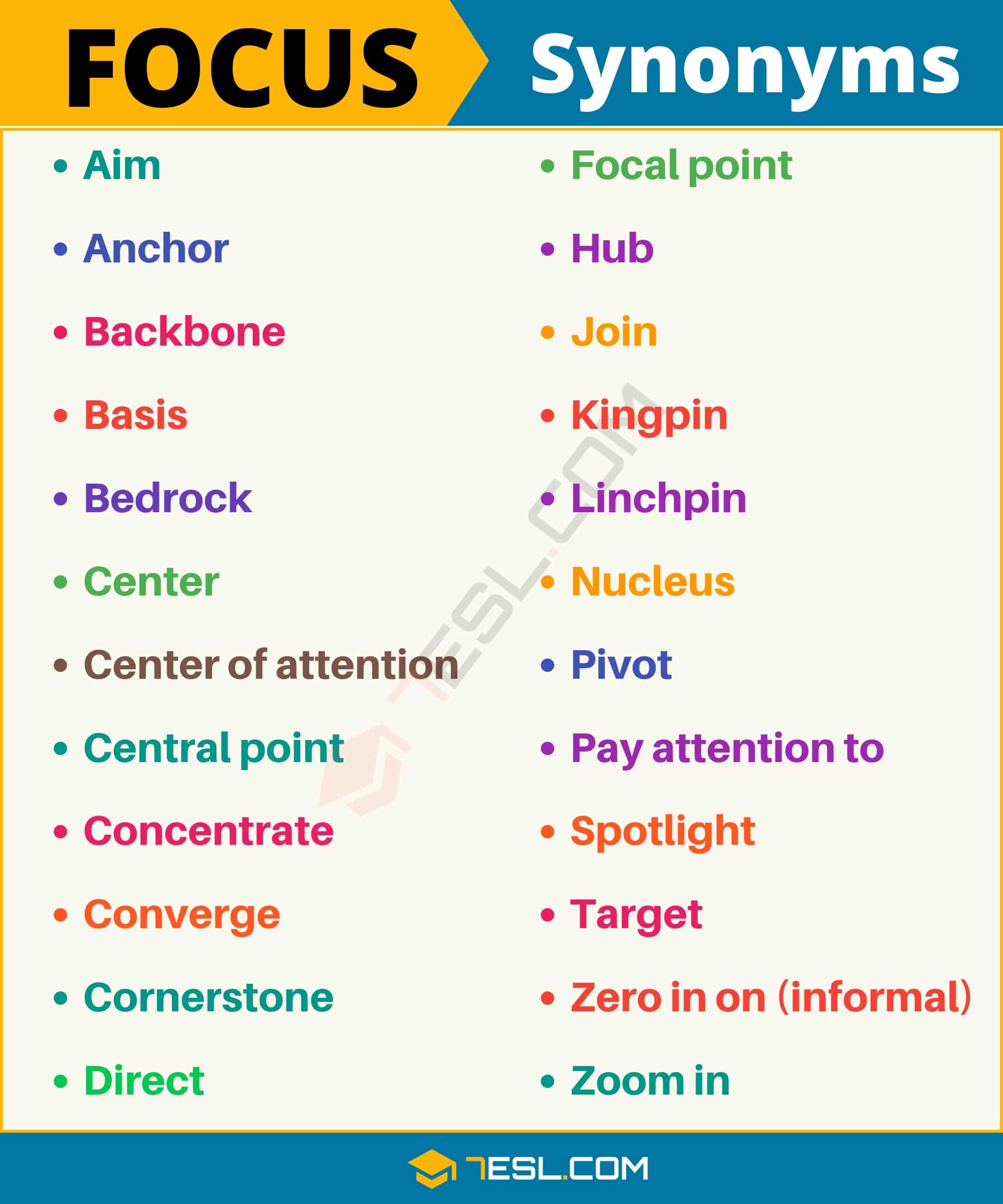 Another Word for “Focus”

Learn another word for “focus” with example sentences.

If you don’t aim high you will never hit high.

The rope fouled the anchor chain.

Farmers are the backbone of this community.

Sugar and its byproduct are the basis of the island’s economy.

Marriage and children are the bedrock of family life.

A diameter passes through the center of a circle.

He had wanted to be the center of attention, and he was.

The central point of his argument were flaws in the president’s speech.

Could you just concentrate on the job in hand?

These lines converge at a certain point.

Wage control is the cornerstone of the government’s economic policy.

The direct purpose of wave equation inversion is to solve for P and wave velocities.

The swimming pool is the focal point of the hotel.

The City of London is the hub of Britain’s financial world.

He’s the kingpin of the whole team.

My mother had always been the linchpin of our family.

The fortress was the nucleus of the ancient city.

West Africa was the pivot of the cocoa trade.

The teacher told the student to pay attention to his spelling.

This week the spotlight is on the world of fashion.

The target audience for this advertisement was mainly teenagers.

They zeroed in on the clues he gave away about.

The camera zoomed in on the girl’s face.

Synonyms for Focus with Examples 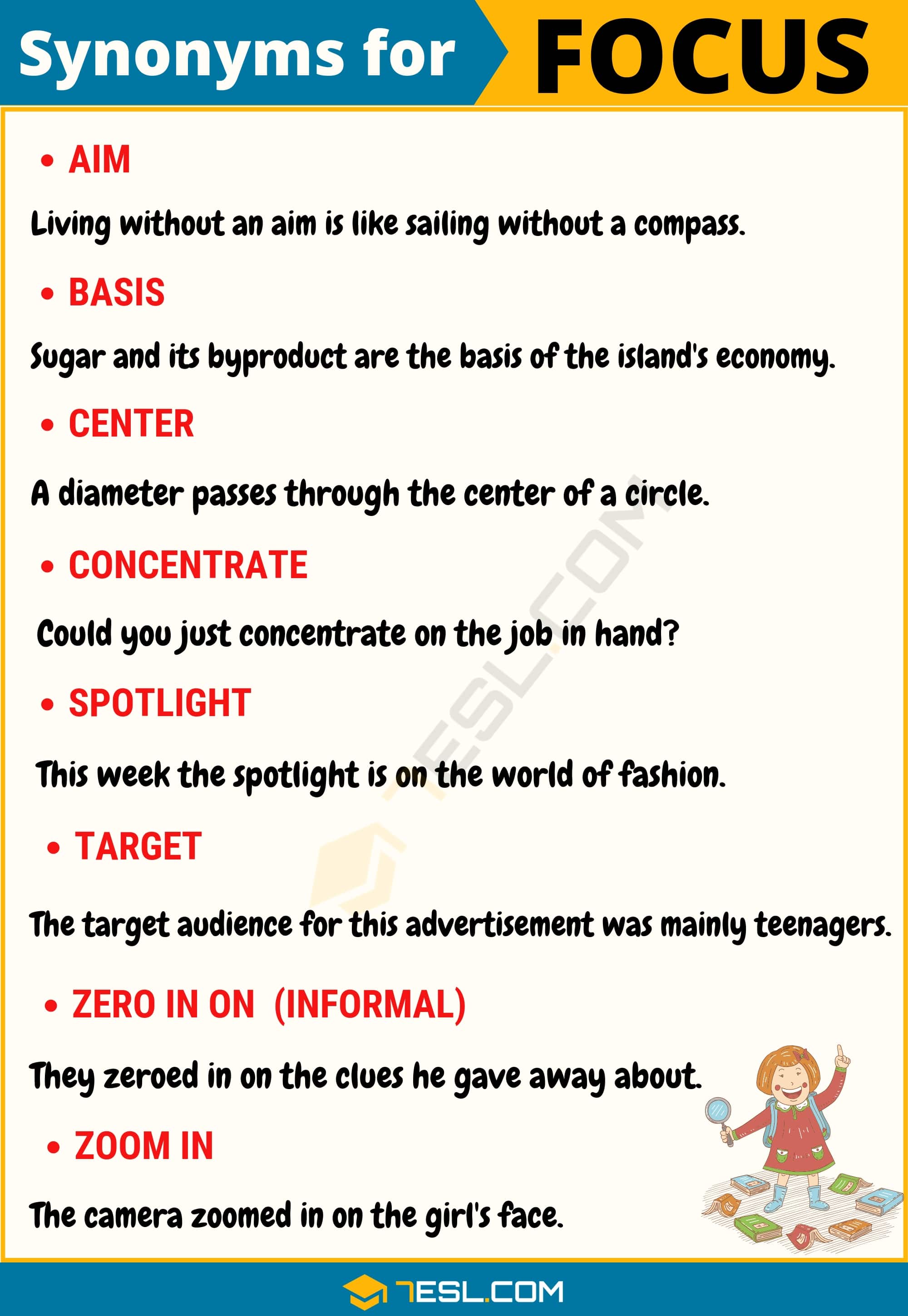