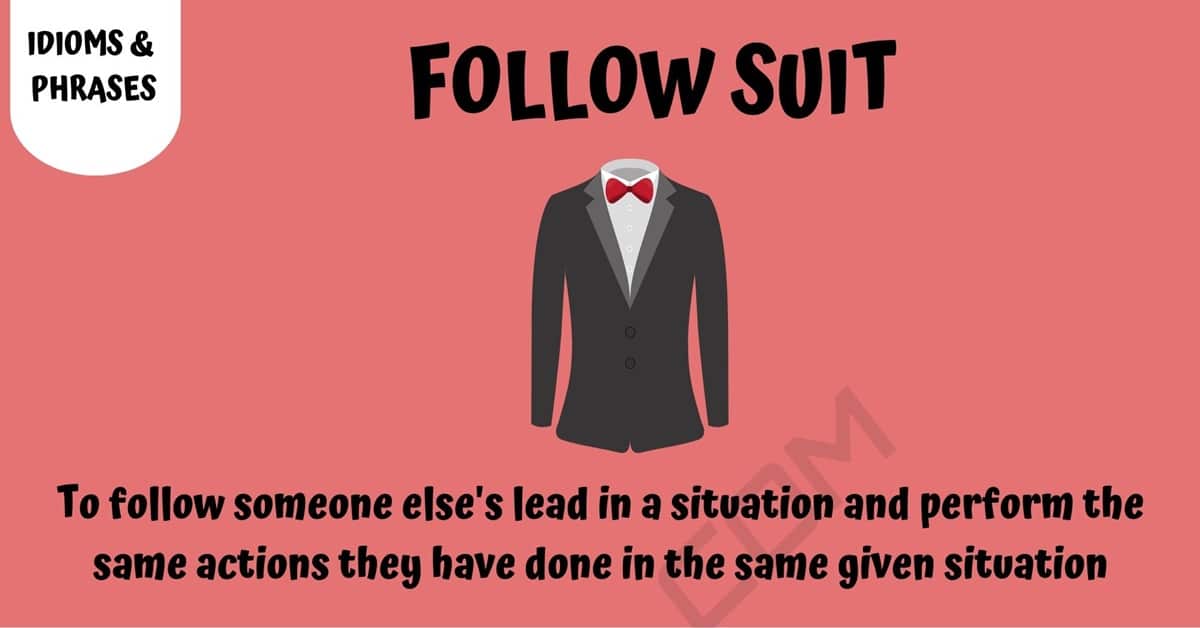 The idiomatic phrase “follow suit” means to follow someone else’s lead in a situation and perform the same actions they have done in the same given situation.

This phrase dates back to the 1800s when the playing of card games was a popular past time. In a standard deck of playing cards, there are four suits. These four suits are hearts, diamonds, clubs and spades. Most card games require that the players follow suit of the plays that were made before their turn. The phrase became widely used sine then to describe situations where people followed the lead of others.

A local newspaper story on an inner city school having issues controlling their student body.

A statement made by the coach of the local high school football team after winning the state championship.

A conversation between two co-workers regarding another co-worker.

A conversation between two friends at lunch.

Like most idiomatic phrases, there are numerous ways to say “follow suit” in more literal terms. Other things you could say to convey the same meaning include I am going to also, I am too or I am also going to do the same thing. 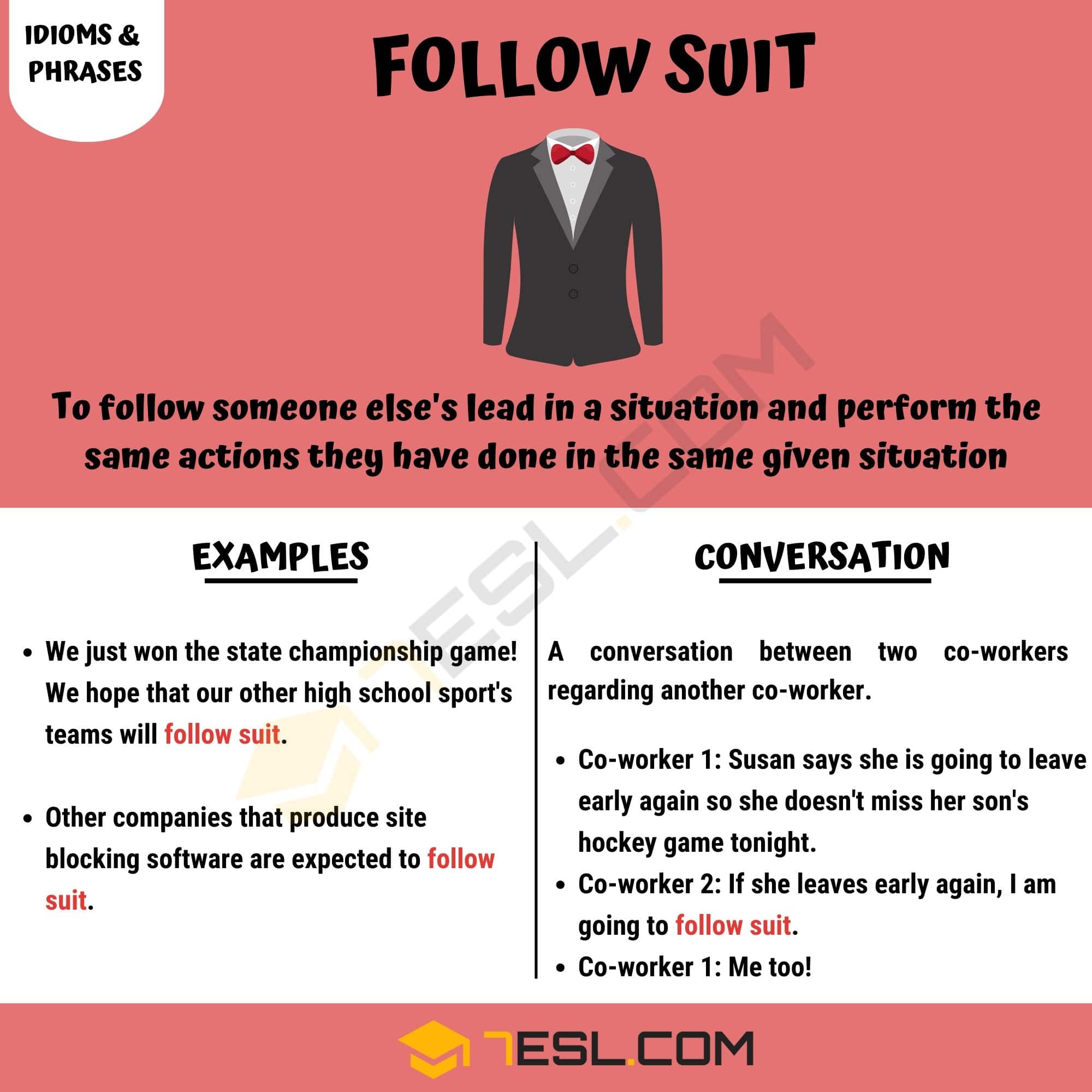