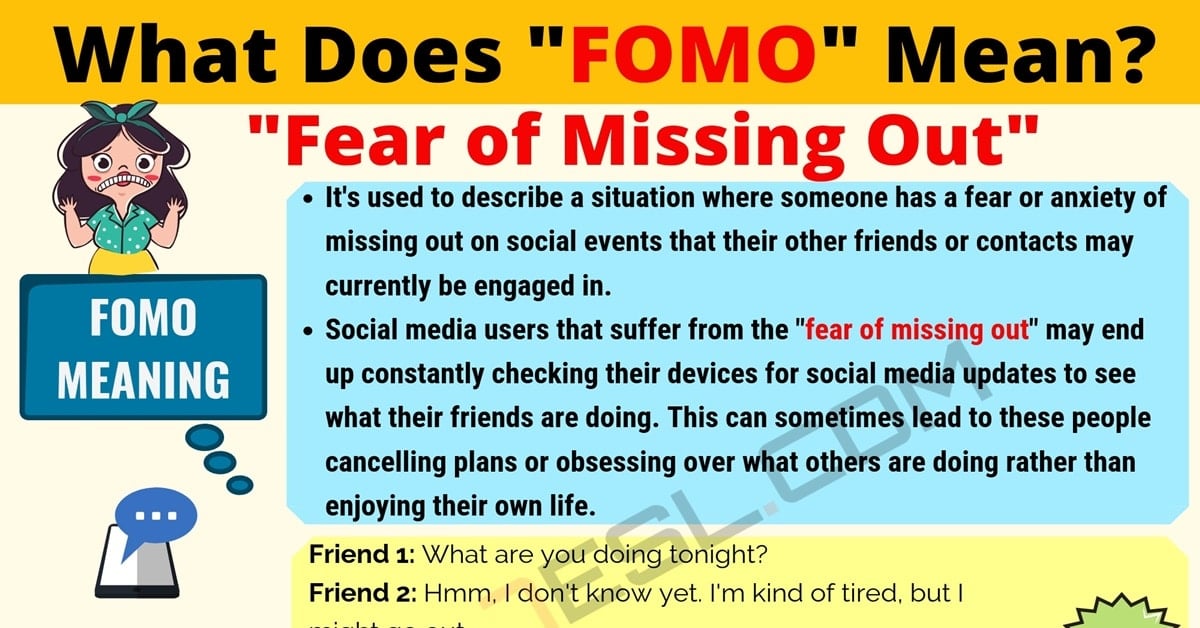 What does FOMO mean? Have you ever used this text abbreviation in daily texting conversation? Let’s find out how to use it with useful conversation examples and ESL infographic.

What Does FOMO Mean?

FOMO means “fear of missing out.”

It is an internet slang acronym that has come about with the rise in social media and posting pictures of events, parties, and gatherings. It’s used to describe a situation where someone has a fear or anxiety of missing out on social events that their other friends or contacts may currently be engaged in.

Social media users that suffer from the “fear of missing out” may end up constantly checking their devices for social media updates to see what their friends are doing. This can sometimes lead to these people cancelling plans or obsessing over what others are doing rather than enjoying their own life.

There really aren’t any other types of similar internet slang that can be used instead of “FOMO.” Rather, we can describe a person as being anxious, paranoid, or uneasy in general. That is to say that there is no one word that could replace this internet slang term but there are a lot of words we can use to describe someone’s behavior who has “FOMO.”

Since this texting abbreviation is most often used on social media, it is more likely to be used by young social media users.

What is FOMO’s origin?

The origin of this text acronym is said to come from the 1990s and was made popular after the September 11th terror attacks in New York City. The original phrase was “FOBO,” fear of a better option. After these attacks, people realized that life was often not guaranteed that this less to a desire to live every day to the fullest. People would often be looking for better opportunities, or options, for activities that they were currently engaged in.

Similarly, “FOMO” is a new form of “FOBO” as people look on social media for better options because they don’t want to miss out on having a fun time.

Here are some examples of how this online acronym can be used:

In this conversation between two friends, we see a situation that happens often. Friend 1 invites Friend 2 to a small gathering where one of Friend 2’s enemies may be present. Friend 2 shows a desire to attend the event despite the presence of his enemy due to his “FOMO.”

This texting conversation shows a situation that often occurs. Friend 1 forgot to invite their mutual friend, Cindy, on a trip. Friend 1 blames Cindy’s reaction on “FOMO.” Friend 2 thinks it is not “FOMO” because Cindy was excluded from the trip. 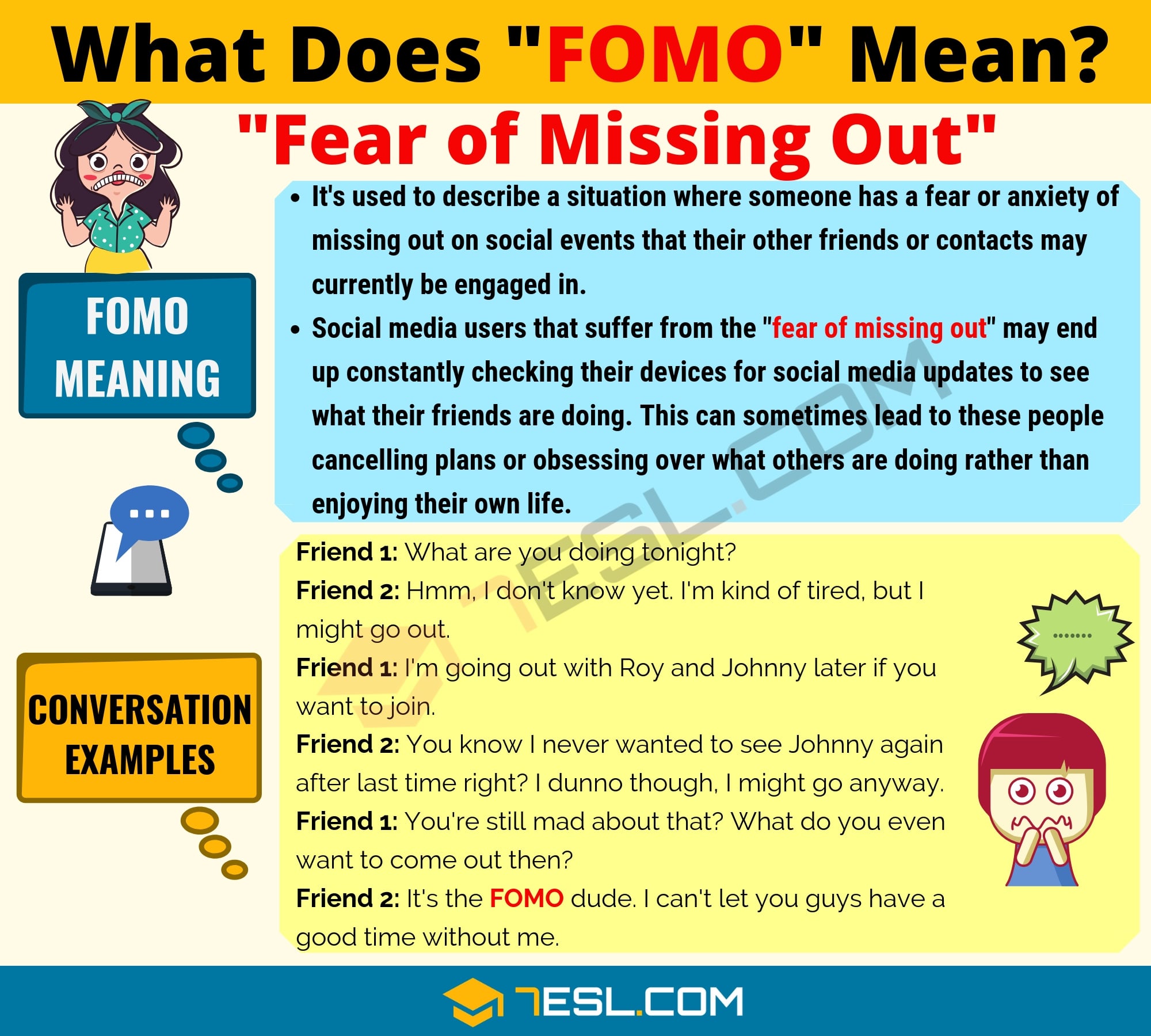 Yup. FOMO can be insidious…. peoples’ fear of missing something “important” can get so involved it can lead to virtually neurotic-like behaviours, compulsively checking on their favourite social sites, etc.
If you can’t go for 24 hours without feeling a desperate aching need to check your phone, you are vulnerable.
Try it some time; I’ll be the first to admit it IS b****y difficult.
Makes me wonder how we lived 20 years ago before all this hoo-haw started…….