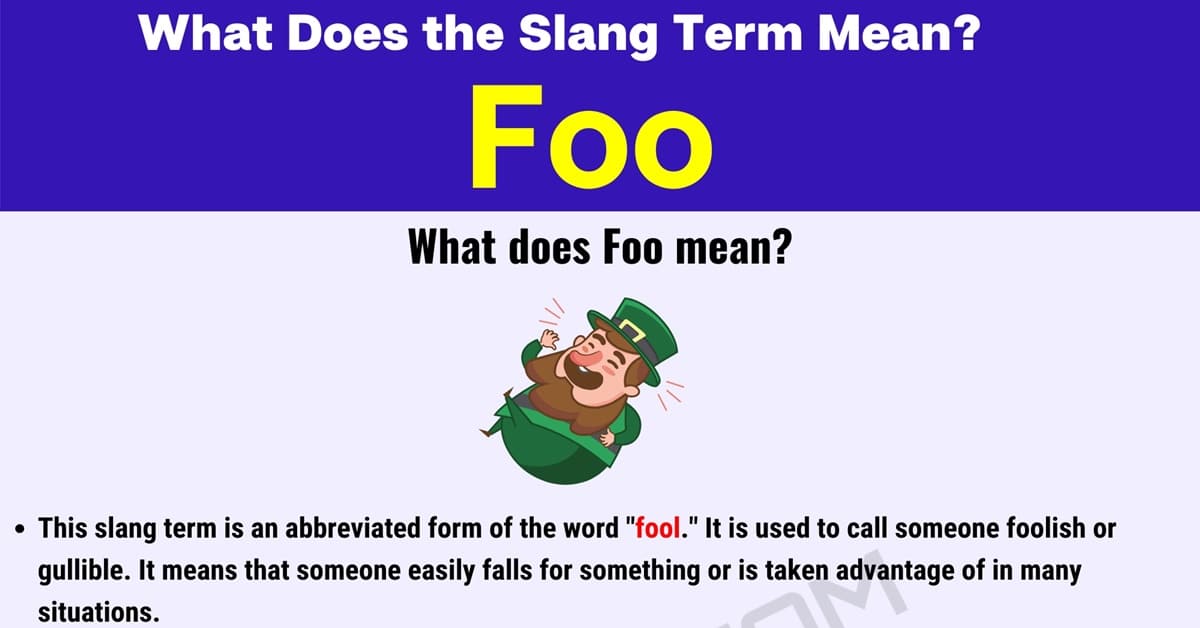 The slang term “foo” is just an abbreviated way of saying a word that has existed as part of our everyday language for hundreds of years. Here you will find the meaning of this term, the story of its origin, and some other meanings of the term.

You will also see some example conversations using this term in the proper context to help you better understand its meaning. Finally, you will discover some other words or phrases that you can use in place of this term that bear the same meaning.

What Does Foo Mean?

This slang term is an abbreviated form of the word “fool.” It is used to call someone foolish or gullible. It means that someone easily falls for something or is taken advantage of in many situations.

There is little information offered regarding the origin of this term. However, it is thought that the first recorded use of this term in the meaning described above occurred sometime in the year 1935.

There are a couple of other meanings mentioned for this term. The first states that this term is used in the computing industry and is used by programmers to represent any unspecified entry. The term can also be used as an expression by someone to represent disappointment or disgust. The term can also be used to mean prosperity, fortune, and happiness after the Chinese character “fu,” meaning “good luck.” 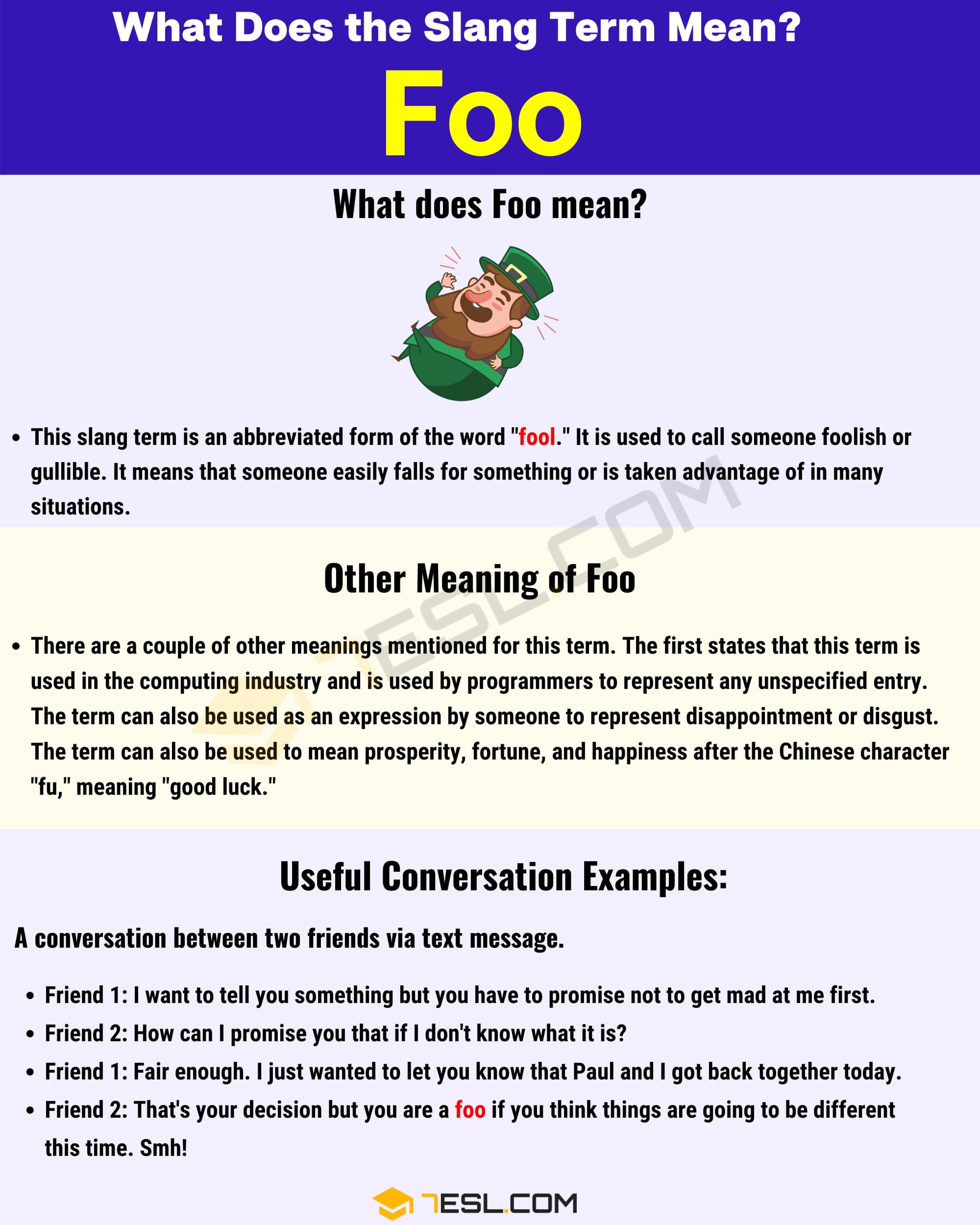