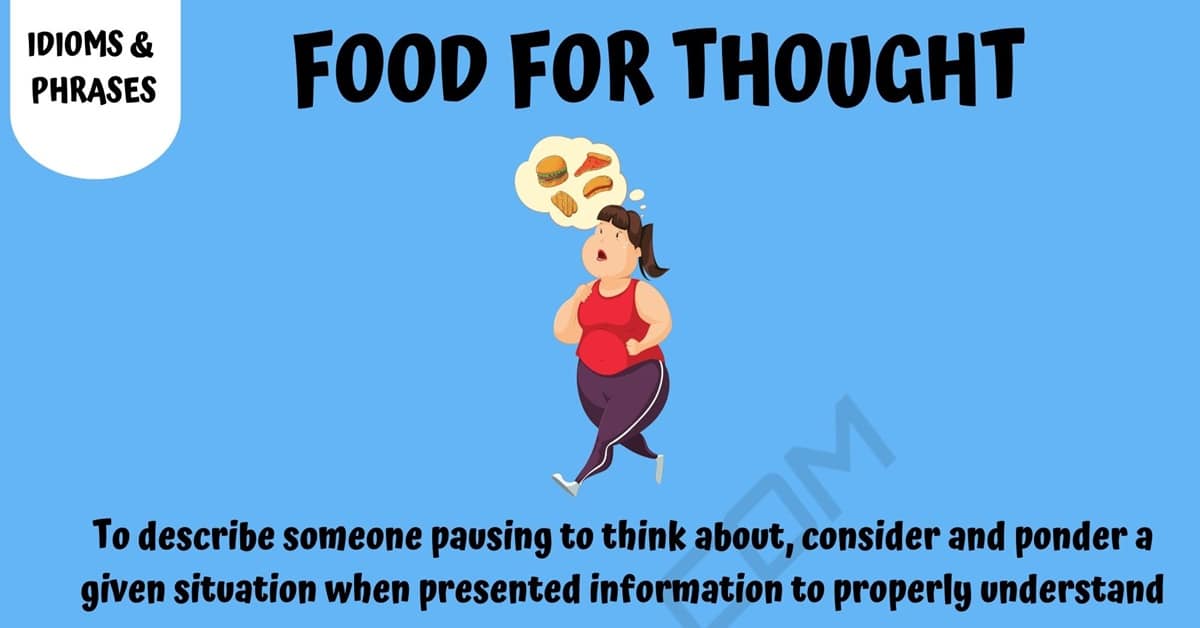 An idiom you will hear a lot in everyday conversation is “food for thought.” Here you will find the meaning of this phrase and how the phrase came to be widely used throughout its history. You will also find examples of how to use this phrase properly in conversations/statements and other ways to say the phrase in more literal terms.

The idiomatic phrase “food for thought” is a means of expression that describes someone pausing to think about, consider and ponder a given situation when presented information to properly understand.

This idiom first appeared in a poem by author Robert Southey titled A Tale of Paraguay. This poem was published in 1825. The phrase was adopted into use as an idiom for thinking since food is an essential part of the digestion process and keeping the human body healthy. Thus, thoughts are food to keep the brain healthy.

A statement in a local newspaper about recent events.

A statement made by an employee after a business meeting.

A conversation between co-workers.

Other Ways to Say “Food for Thought”

Like all idiomatic terms, there are other ways that these figurative expressions can be stated in a much more literal way. For instance, saying things like you should really think about it, you should greatly consider this or give it some thought are other ways to literally state “food for thought.” 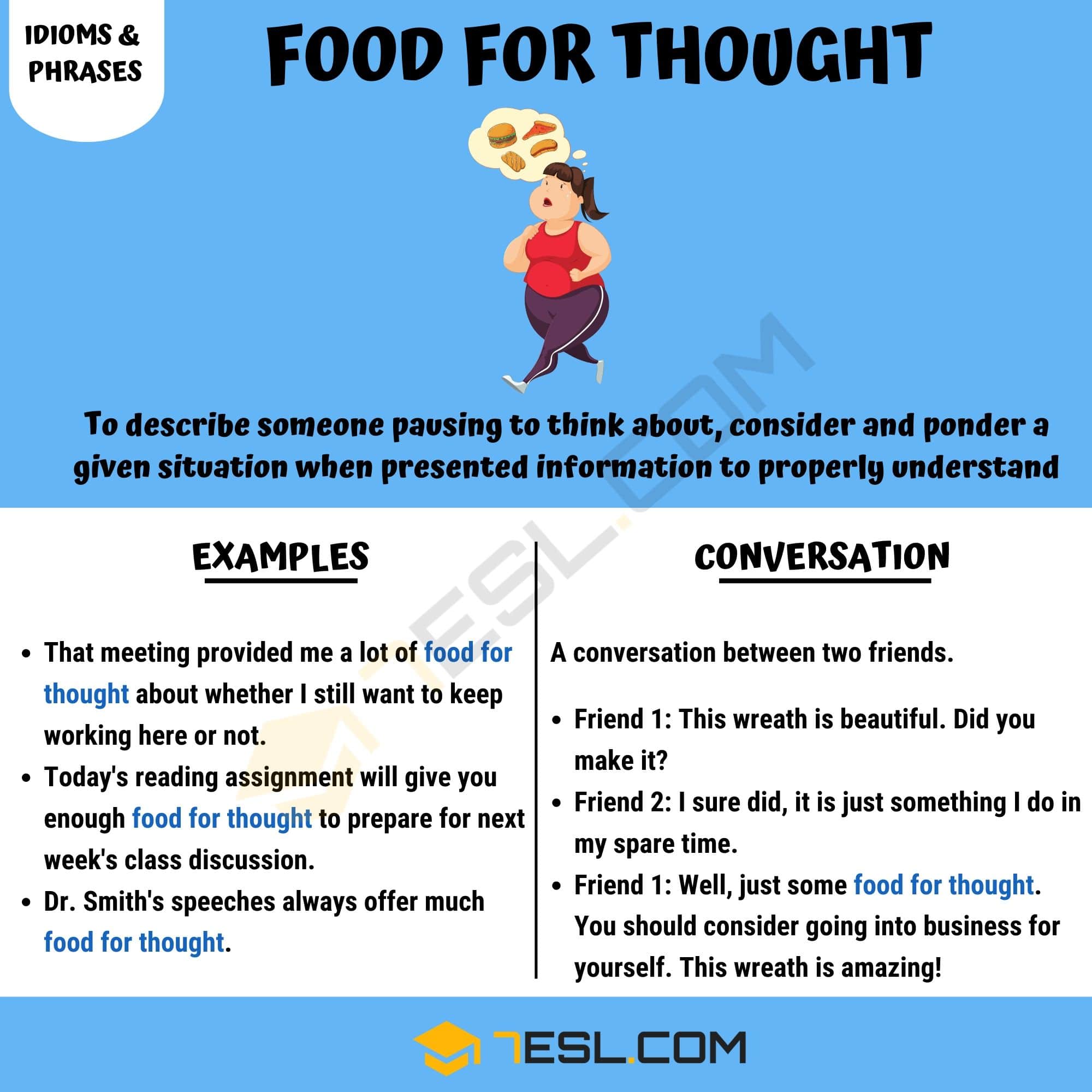