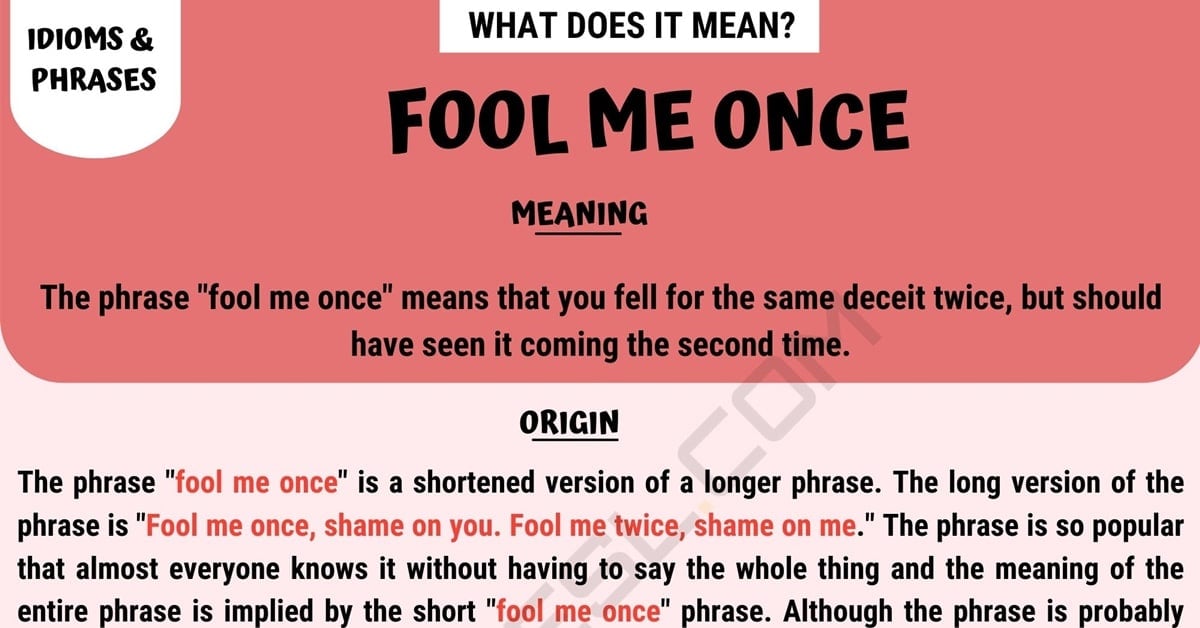 The phrase “fool me once” is one you may see or hear used in everyday conversation and writing. Here you will find the meaning of this phrase and the information available concerning its origin. You will also find some examples of how to properly use this phrase in conversations/statements and see some suggestions regarding alternative ways you can say this phrase while still conveying the same meaning.

Fool Me Once, Shame On You

Fool Me Once, Shame On You Meaning

The phrase “fool me once” means that you fell for the same deceit twice, but should have seen it coming the second time.

The phrase “fool me once, shame on you” means that if you fall for someone’s lies the first time then they should be ashamed of their deceit and they are the fool. They are at fault and are fully to blame.

Origin of this helpful idiom

“Fool Me Once Shame On You” Examples

A statement made by a celebrity during a recent interview for an entertainment magazine.

A statement made by a police officer about a recent arrest.

A statement made by a police officer after a controversial arrest.

A statement made by a celebrity after falling for a bad contract.

A conversation between two managers deciding what to do about an employee.

A conversation between a mother and son.

A conversation between a brother and a sister.

Other Ways to Say “Fool Me Once”

There are many other ways to say the phrase “fool me once” and still convey the same meaning. Some of these other ways include:

There are several alternative ways to say “Fool me once, shame on you.” Some of the things you could choose to say instead include:

Fool Me Once Shame On You | Picture 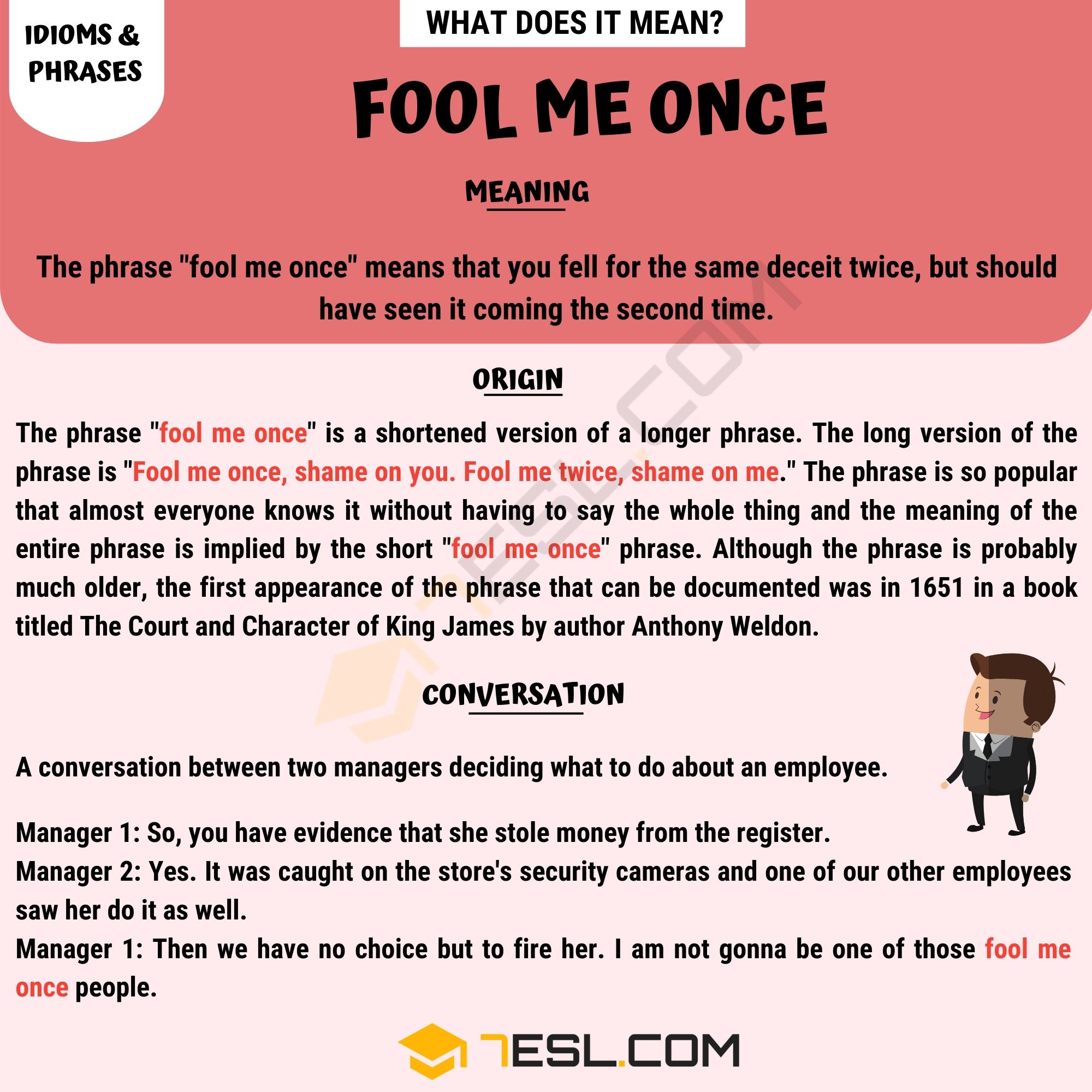