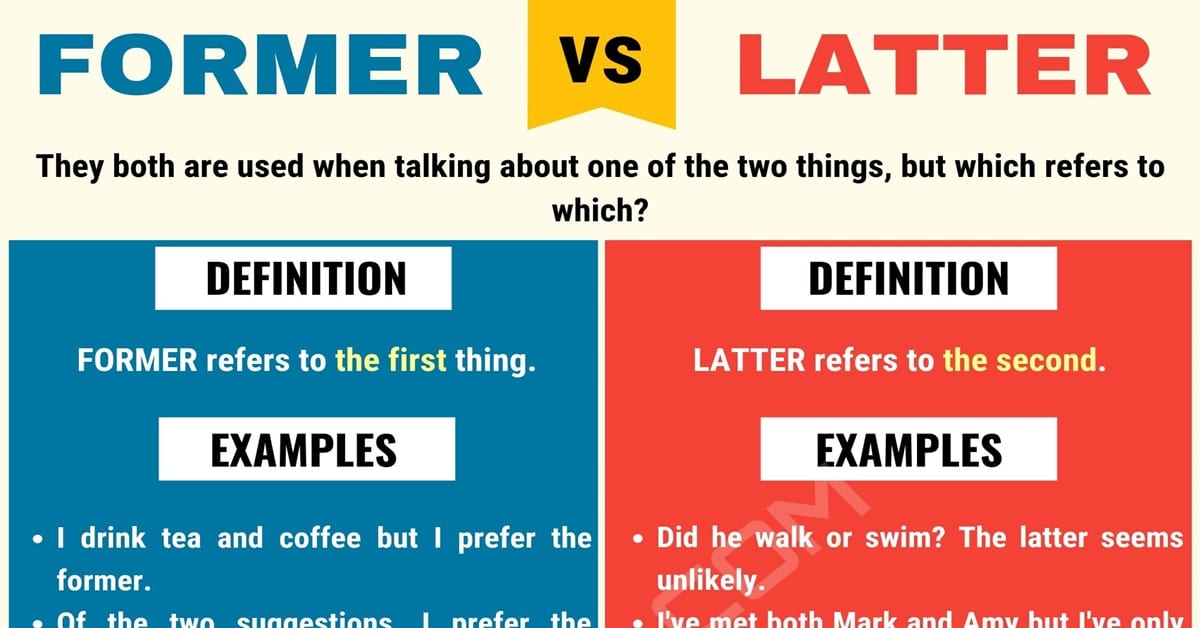 Former vs. latter! There are words in the English language that sound fancy and very old-fashioned, and when you find them in a text you’re reading, you aren’t entirely sure what do they mean because you confuse them with other words. That’s something that happens to both native speakers and those who’re only learning English as a foreign language. An example of such a problem is the confusion between former vs. latter. They both are used when talking about one of the two things, but which refers to which?

The distinction is pretty straightforward: FORMER refers to the first thing, while LATTER refers to the second. To help you remember this difference, here’s a small trick: “former” and “first” both start with “f”, while “latter” and “last” also start with the same letter.

How Do You Use Former and Latter in a Sentence?

Let’s say that you drink both tea and coffee, but you actually like tea a lot more. In order to sound very formal, you can say the following: “I drink tea and coffee but I prefer the former“.

And what does someone want to say when they say, “I’ve met both Mark and Amy but I’ve only become friends with the latter“? “Latter” indicates that they’re talking about the second of the two people. Therefore, this person is only friends with Amy who’s mentioned last.

You shouldn’t use either former or latter too much because you’ll only end up confusing other people. They’ll have to go back in your text to refreshen their memory and remember which thing you’ve mentioned first or last. If they have to do so constantly, they’ll quickly lose interest in your piece of writing. Also, try to avoid these words when you’re speaking because your listener won’t have a text to refer back to, and most probably won’t understand which of the two things you’re talking about. Academic and formal writing, however, are places where former and latter would fit in perfectly.

One more thing to remember is that you can’t use these words when your list contains more than two items. For instance, you can’t say, “Among blue, red, and green, the former is my favorite color”. Even though there naturally is the first and the last item in every list, former and latter can only be used when you’re talking about two things. In the example above, it’s better to say, “Among blue, red, and green, the first one is my favorite color”. This way, your readers will definitely understand what you mean.

Difference between Latter vs. Former | Image 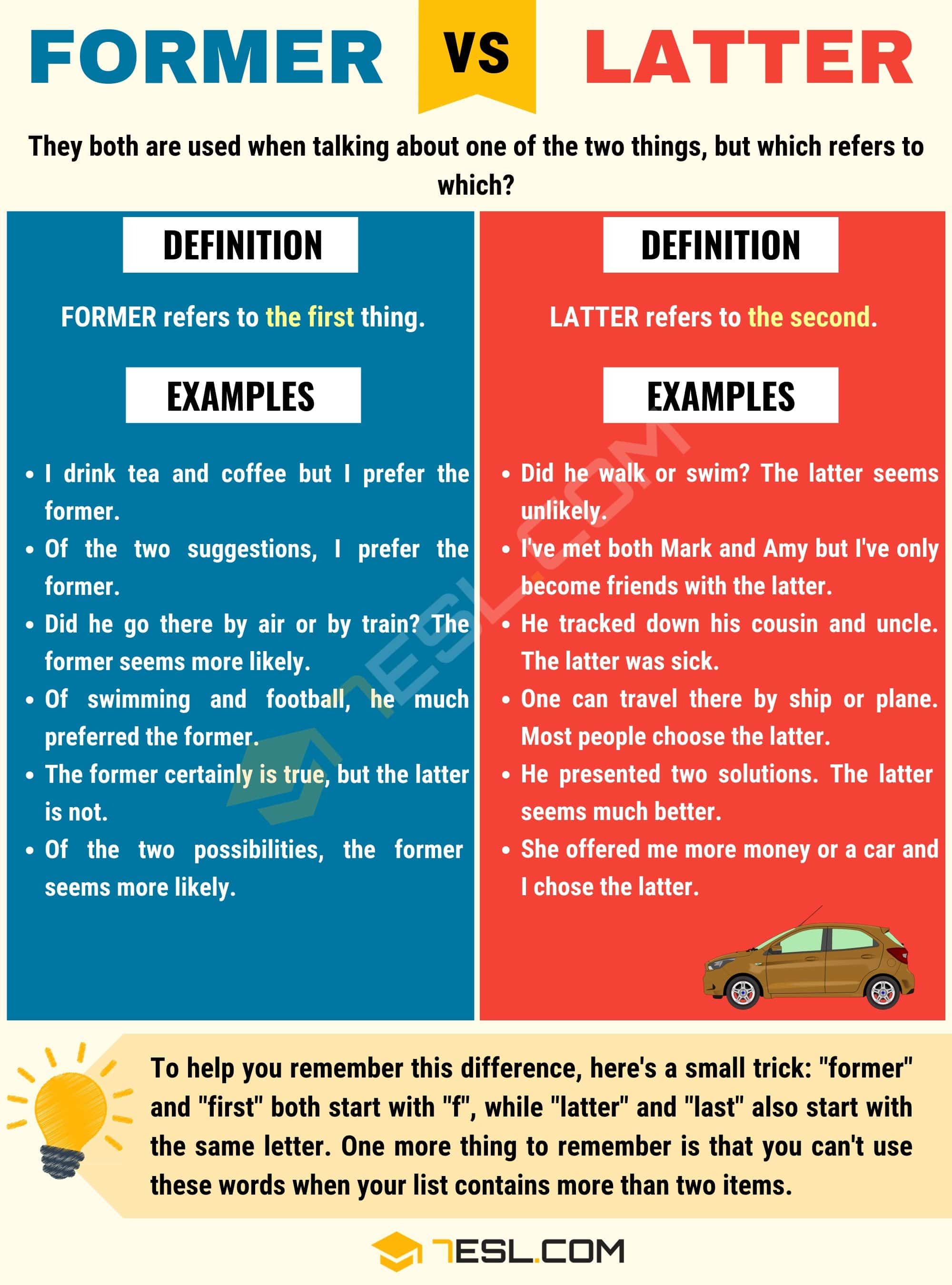