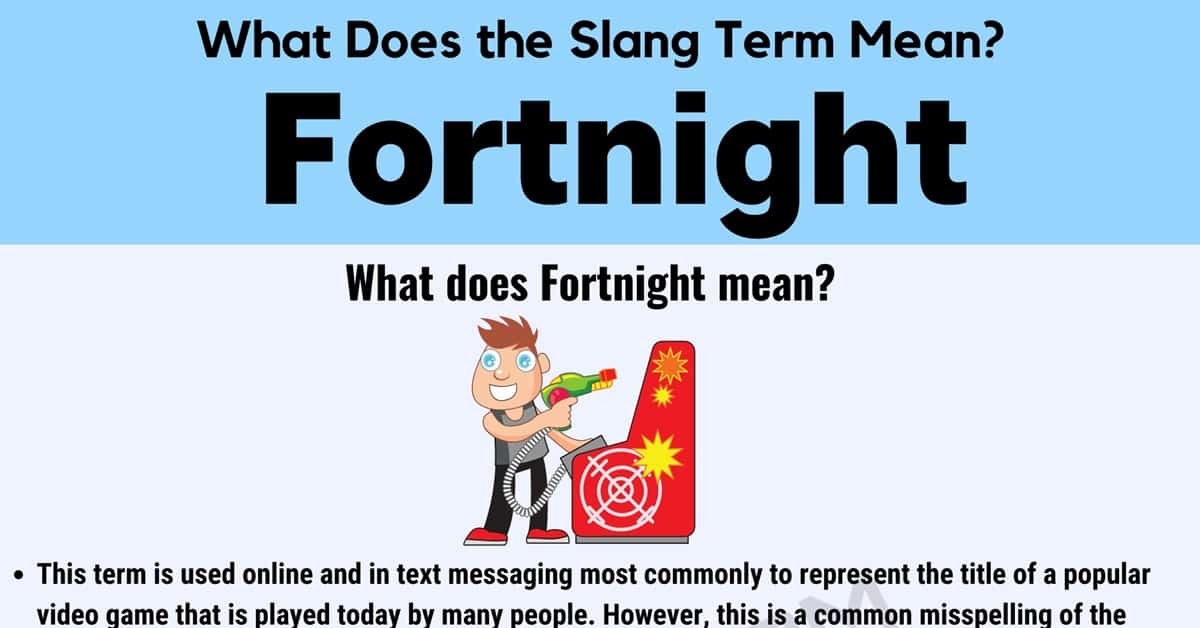 Most people are already familiar with the slang term “fortnight.” This is because of its popularity. However, if you are not a gamer, then this will be a term you are not familiar with. Here you will find the meaning of this term, the details of its origin, and some other meanings if there are any.

You will also find some conversation examples here featuring the proper usage of this term to help you better understand its definition. Finally, you will discover some synonyms that you can use if it is possible to do so without changing the meaning of the original term.

What Does Fortnight Mean?

This term is used online and in text messaging most commonly to represent the title of a popular video game that is played today by many people. However, this is a common misspelling of the game whose title is actually spelled “Fortnite.”

This game was released on July 21, 2017, on all platforms including PS4, Nintendo Switch, Android, Xbox One, iOS, all Windows operating systems, and Mac systems as well. It is a game that is played online with a bunch of other players It is a shooter survival game that was produced by the gaming company Epic games.

The proper spelling of the term, which is the misspelling of the game, is also used to describe 14 days or a two-week time period. Other than this definition, there are no other definitions available for this term.

An online conversation between two gamers on a forum.

Since this term is used most commonly to refer to the official title of a video game, there are not any synonyms that can be used in it place that will not change the meaning of the original term. You can use the proper spelling of the game, however. 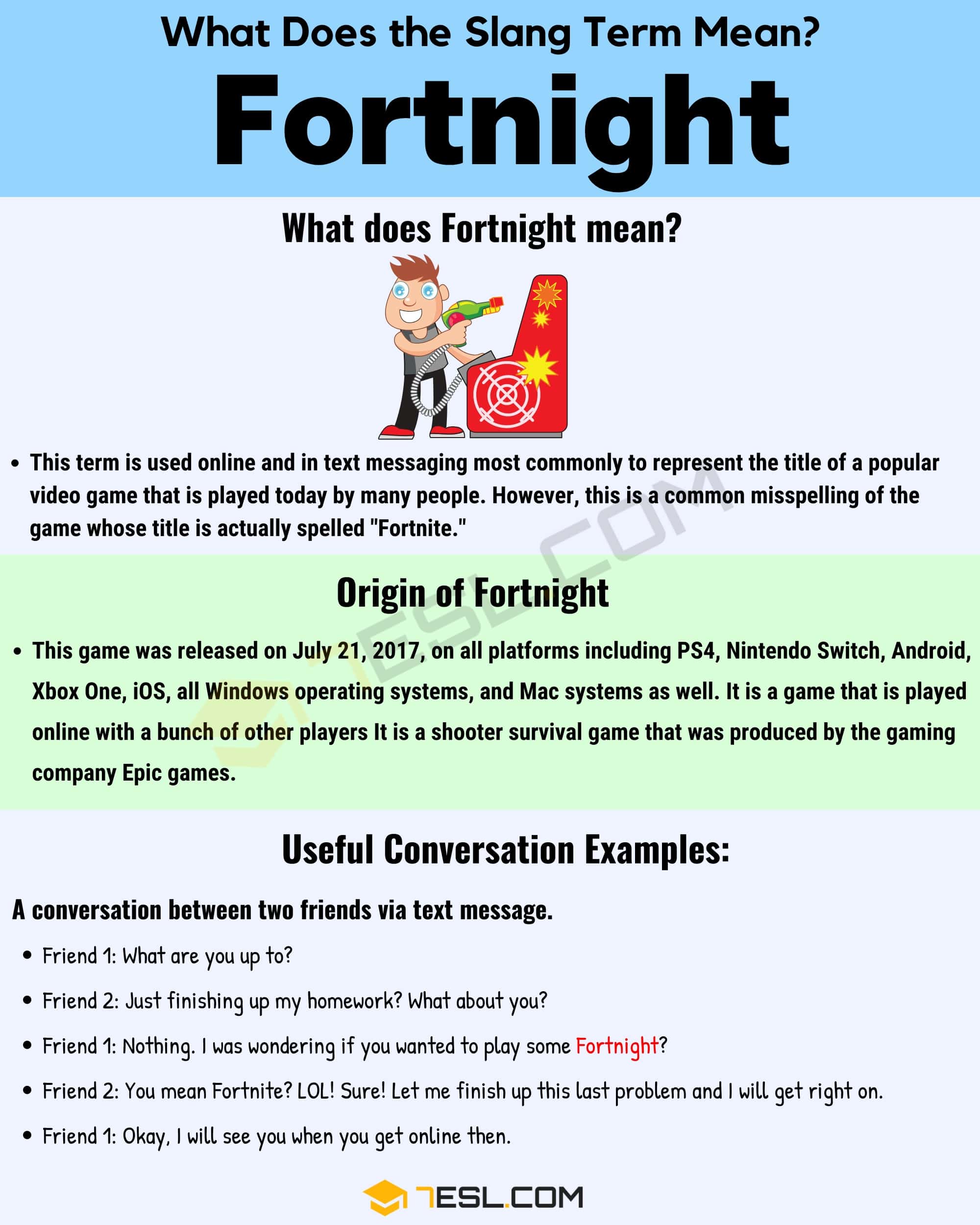 who the fuk use fortnight instead of fortnite.delete this.Fortnight means 14 days u are confusing ppl and this is misleading