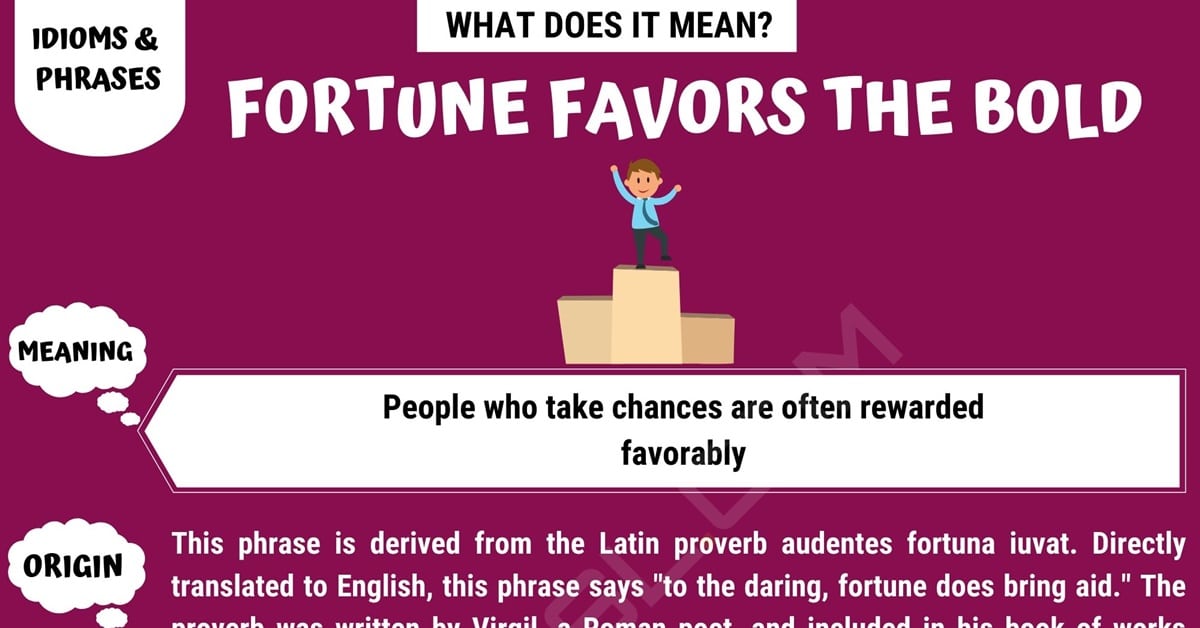 “Fortune favors the bold” is an idiomatic expression that is used frequently in conversation and writing. Here you will find the meaning of this phrase and a bit of information on the phrase’s origin. You will also find examples illustrating how to properly use this phrase in everyday conversations/statements and find some other ways to say the phrase that convey the same meaning.

This phrase is derived from the Latin proverb audentes fortuna iuvat. Directly translated to English, this phrase says “to the daring, fortune does bring aid.” The proverb was written by Virgil, a Roman poet, and included in his book of works titled the Aeneid. He had begun writing this book in 30 BC and it was still incomplete when he died in 19 BC.

A statement made by a celebrity in a recent entertainment magazine interview.

A statement made by the valedictorian during his graduation speech.

A conversation between a father and a son.

Other Ways to Say “Fortune Favors The Bold”

There are several other ways to say the idiom “fortune favors the bold.” Other things you could say that convey the same message include: 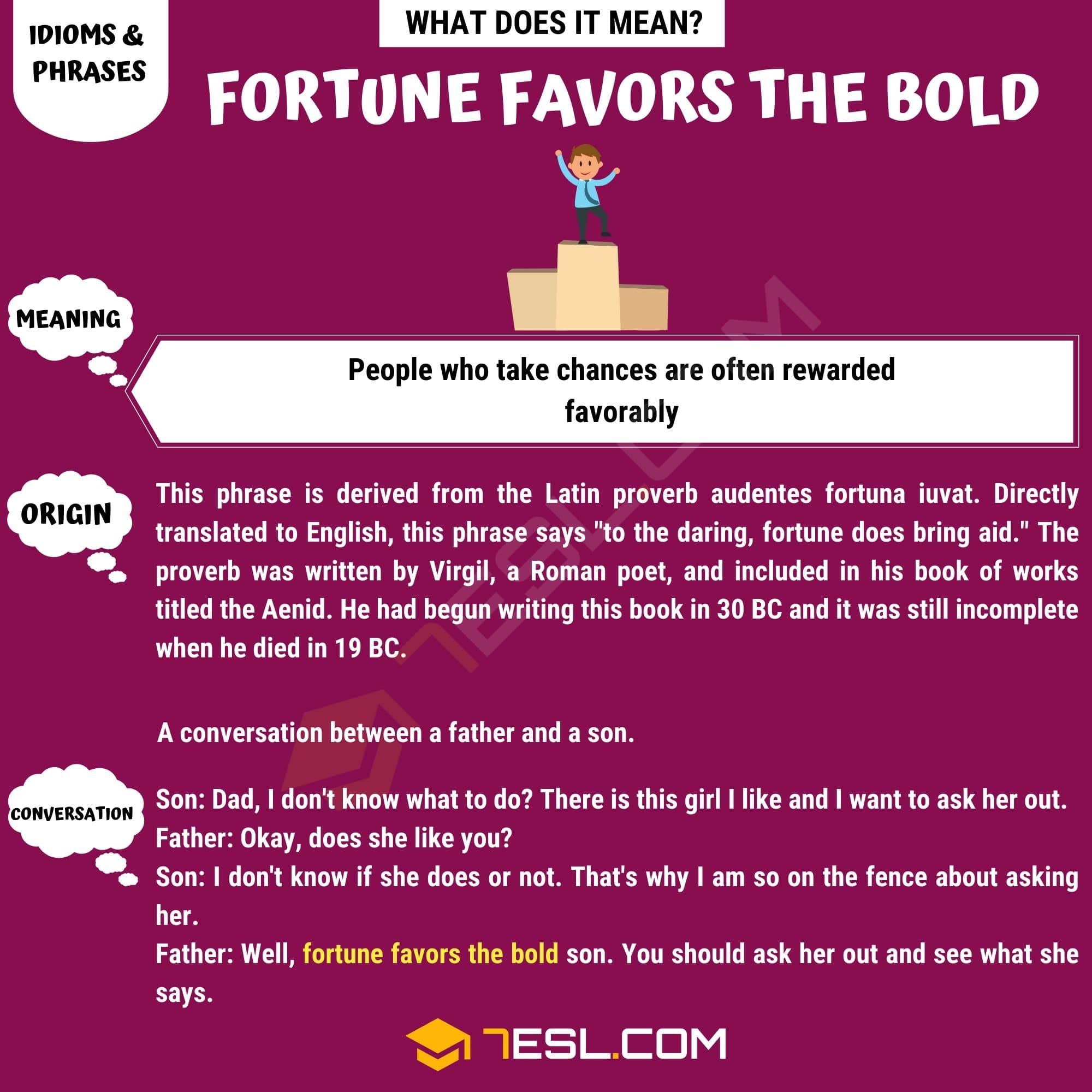