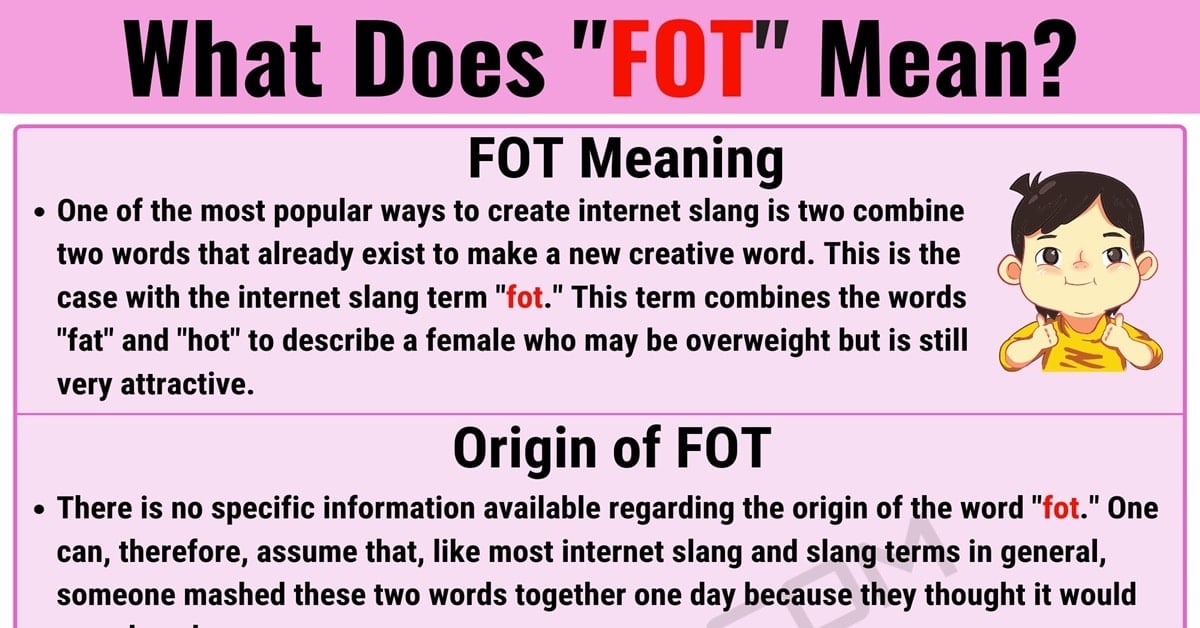 The term “fot” is a popular internet slang term that is used in online communication. The article below will showcase this term and provide you with its meaning, origin and any other meanings of the term if there are any available.

It will also provide you example conversations so you can see how to properly use this internet slang in conversation and give you some suggestions on alternative things you can say instead to communicate the same meaning.

What Does Fot Mean?

One of the most popular ways to create internet slang is two combine two words that already exist to make a new creative word. This is the case with the internet slang term “fot.” This term combines the words “fat” and “hot” to describe a female who may be overweight but is still very attractive.

There is no specific information available regarding the origin of the word “fot.” One can, therefore, assume that, like most internet slang and slang terms in general, someone mashed these two words together one day because they thought it would sound cool.

Others most likely thought so too and then the use of the term caught on until it began to be widely accepted and used by the mainstream. This is generally the case regarding most internet slang and even slang that existed before the internet.

There are no other meanings for the slang term “fot.” However, this term has also been used many times as an acronym to represent various other phrases and organizations. Some of these acronyms represented by “FOT” are Fountain of Tears, Friends of Tom, Foreskins on Toast, and Fallout Tactics.

An online exchange between two people commenting on a Facebook status:

Some things you could say in place of “fot” to convey the same meaning include: 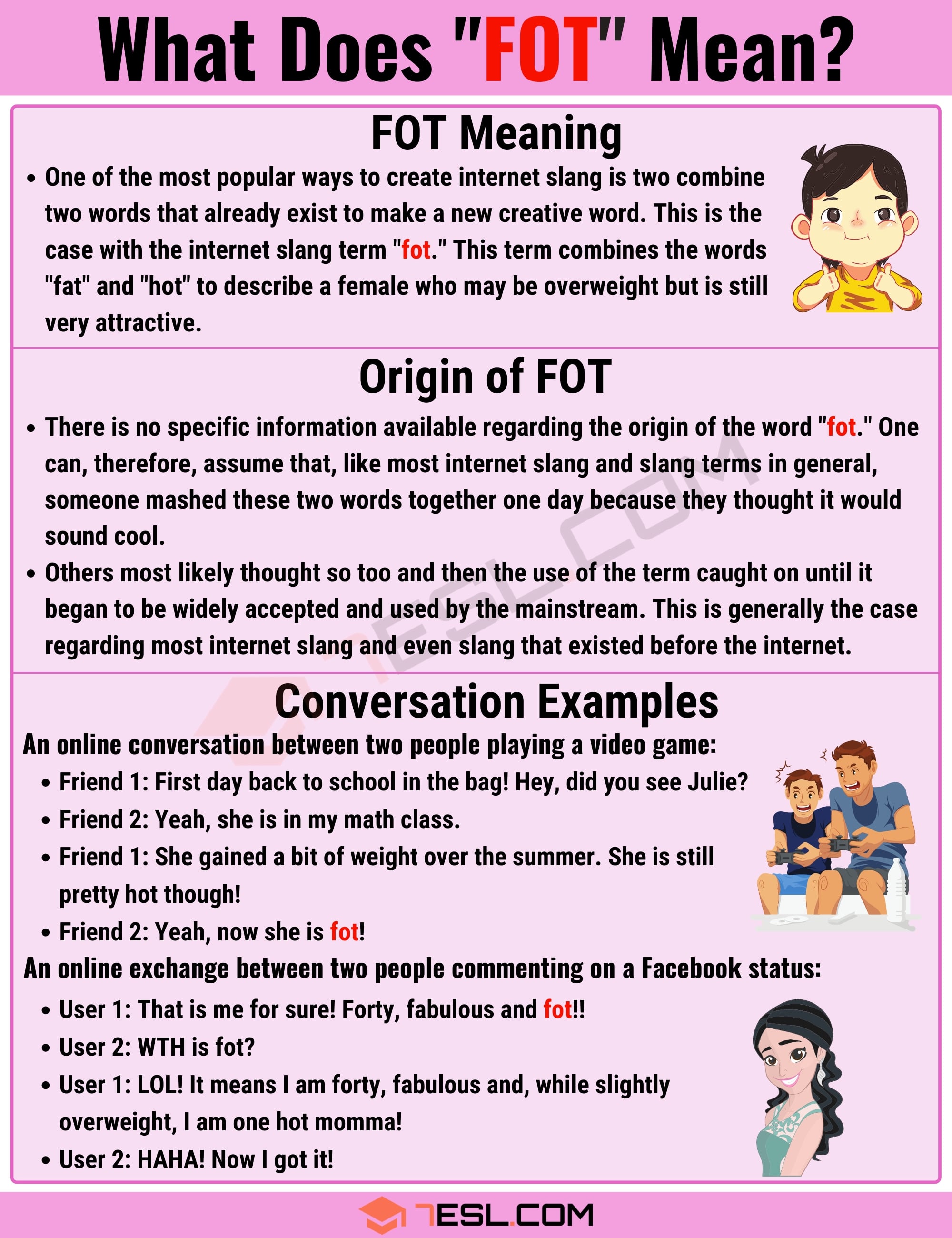