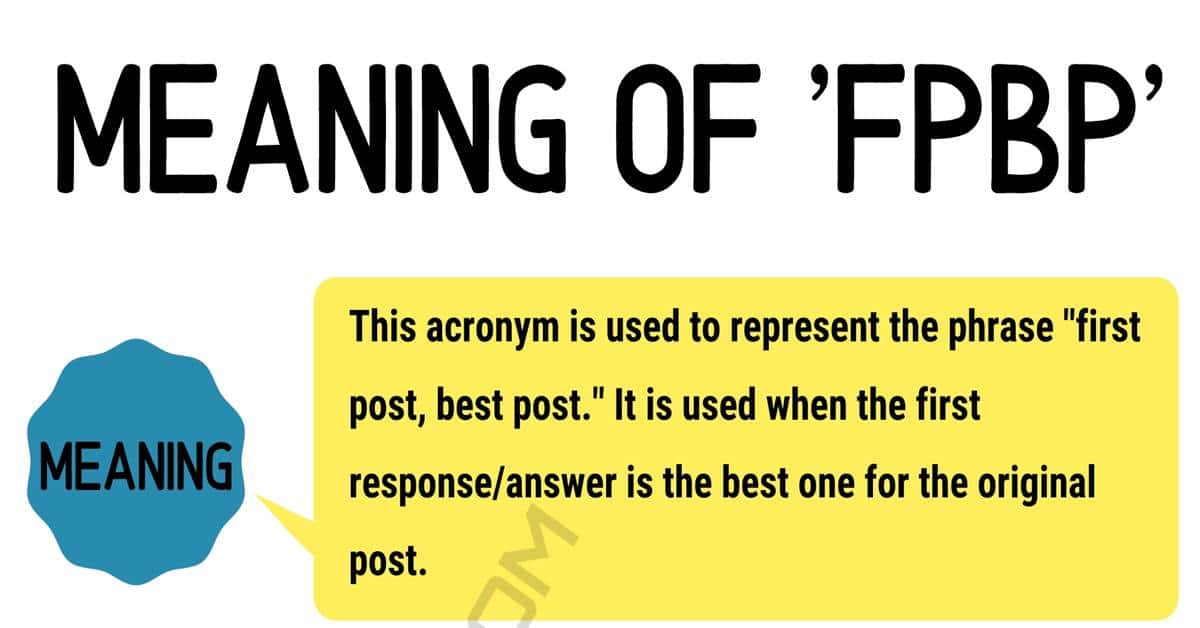 The acronym “FPBP” may be seen frequently on the internet, especially on forum sites and social media where people are making posts in response to an original inquiry, If you have seen this acronym used before during your perusal of the internet and were wondering what it meant, then you have come to the right place. Here you will not only find the meaning of this phrase, but you will also find the information about its origin and some other alternative meanings. You will then see the acronym used correctly in the context of a conversation to further enhance your understanding of the term. Lastly, you will see some synonymous phrases that you could use in place of the phrase that this acronym officially represents.

This acronym is used to represent the phrase “first post, best post.” It is used when the first response/answer is the best one for the original post.

The exact origin of this acronym is uncertain. However, it is believed it was first used on the popular social media site 4chan and it has been used since at least 2016.

The acronym is also used to represent some official businesses and project names. The other names that this acronym can represent are “Family Planning Benefit Program”, “Fudacja Porozumienie Bez Przemocy”, “Food for Progress for Bangladesh Project”, and “Framed Pseudo-Bayesian Priority”.

There are a couple of ways that you could restate what this acronym means and still maintain its definition. Some of the other ways you could say this phrase include: 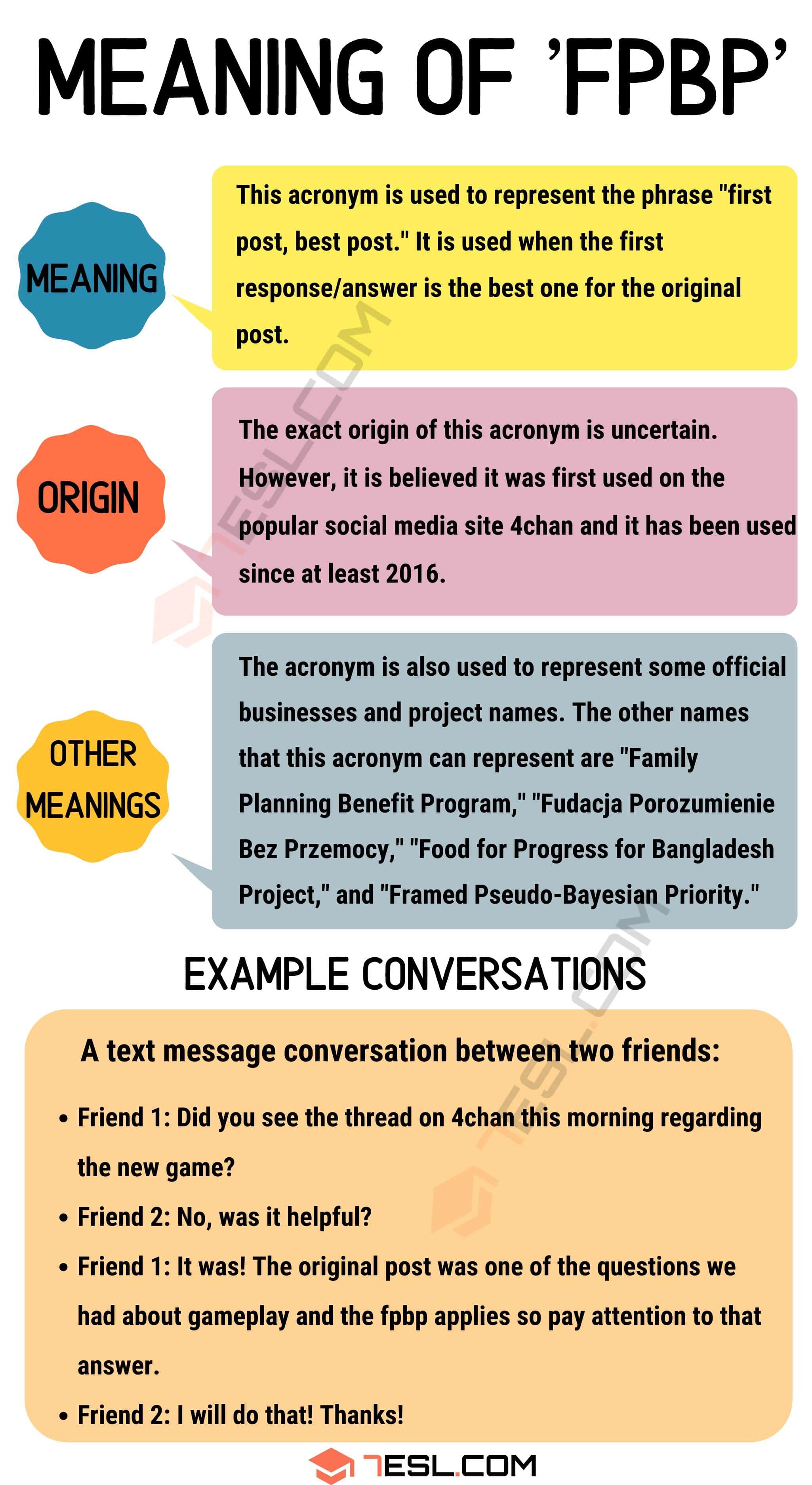