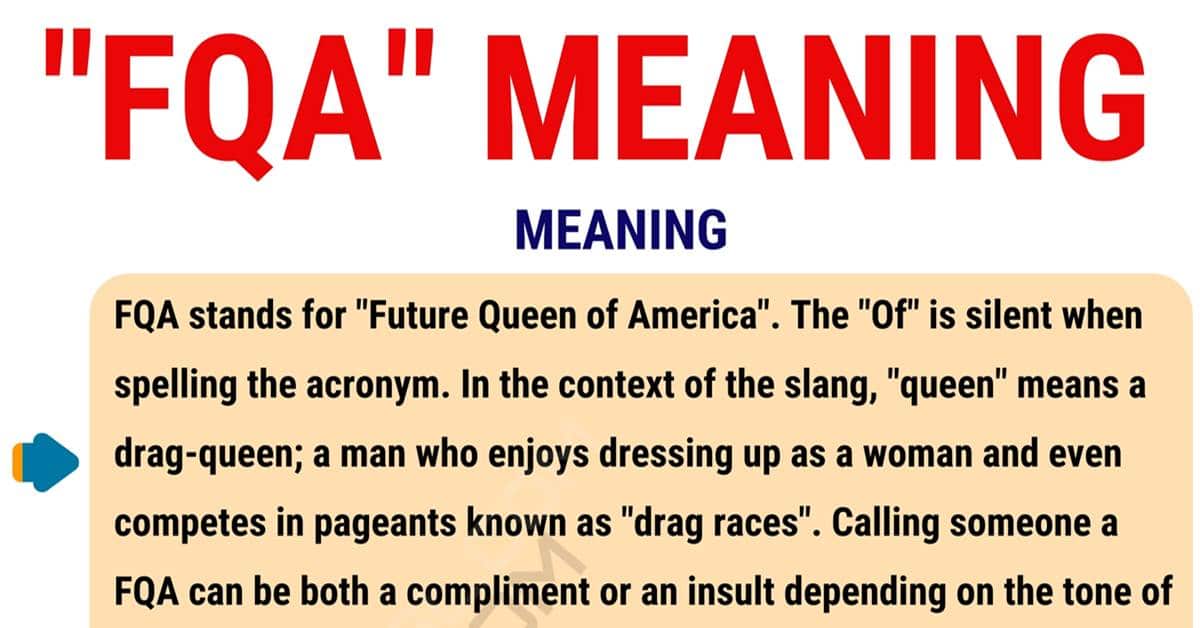 FQA is an acronym popular with the LGBTQ community. In this article, you will learn how to use the acronym FQA with definition, origin and example conversations in English.

What Does FQA Mean?

FQA stands for “Future Queen of America”. The “Of” is silent when spelling the acronym. In the context of the slang, “queen” means a drag-queen; a man who enjoys dressing up as a woman and even competes in pageants known as “drag races”. Calling someone a FQA can be both a compliment or an insult depending on the tone of the conversation.

FQA originated in the early 2000s, finding use on message boards and forums dedicated to the LGBTQ community and lifestyle. Referring to someone as an FQA on these websites meant that the person had a future career in drag competitions, or that they would make great drag queens if they apply themselves. With social media’s rise, FQA saw more prominent use online especially in regards to popular T.V shows about drag competitions. Around this time, that is the 2010s, FQA began to see use as an insult directed as someone who was perceived to be gay or enjoyed wearing women’s clothing.

There are no other meanings for FQA recorded.

“Today my son came up to me with my lipstick all smeared on his face. He said he wanted to be like mommy. FQA in the works, LOL! #FQA #ParentLife.”

Because the “Of” is silent in the acronym, it’s not particularity uncommon to see “FQOA” or “FQoA”. Like all acronyms, FQA can be spelled with both lowercase or capital letters. 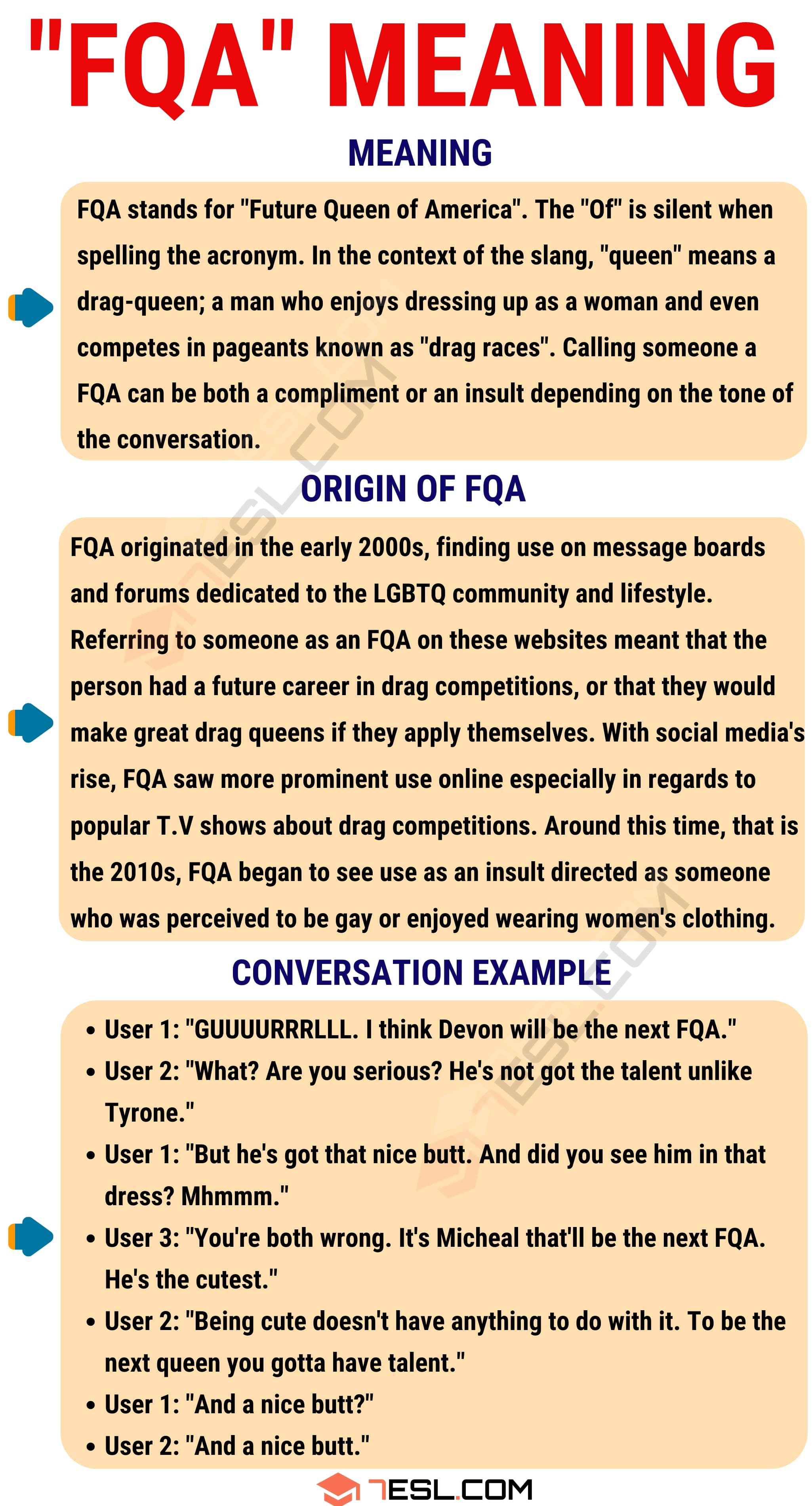