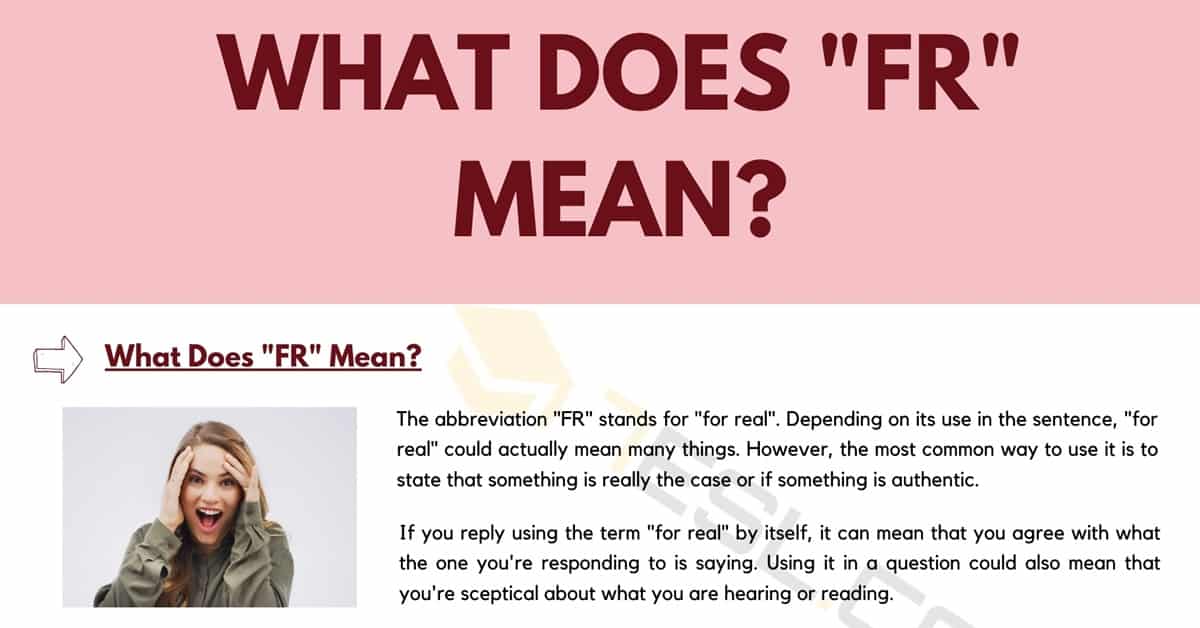 What is the meaning of the acronym FR? Languages slowly evolve over time. Even now, countless words or terms are popping out left and right. This is further fueled by social media platforms’ rise.

However, most of the terms that the new generation uses nowadays are usually abbreviations. This way, you can no longer easily guess the meaning of the word by thoroughly analyzing how it’s contextually used in a sentence.

In this article, we will be discussing such abbreviations, precisely the term “FR”. Hence, you should read further if you want to know what this term means and how you can use it correctly in a sentence. We’ve also listed some of its other possible meanings in case they’re the ones you need.

What Does “FR” Mean?

The abbreviation “FR” stands for “for real“. Depending on its use in the sentence, “for real” could actually mean many things. However, the most common way to use it is to state that something is really the case or if something is authentic.

If you reply using the term “for real” by itself, it can mean that you agree with what the one you’re responding to is saying. Using it in a question could also mean that you’re sceptical about what you are hearing or reading.

Origin of The Term

Some people claim that “for real” was initially used by rappers or those who live in New Mexico. Etymologists, however, would simply disagree with those claims. This phrase might sound like it was just created recently, but it can actually be traced back to books from the early 20th century.

Many American newspapers such as the Tampa Tribune had already started using “for real” even way back in the 1920s. Nowadays, you might have also come across the term “for realsies” maybe more than once. Besides the unnecessary letters, it simply means the same as “for real”, and it was already used way back in the 50s.

It was not until the 80s when the term “for real” gained widespread attention. Along with the rise of social media platforms where people started abbreviating words, “for real” finally reached its current form, “FR”.

In chemistry, “Fr” is the symbol for the chemical element Francium. This is a scarce and too radioactive element which could naturally occur. It was named as such because its discoverer, Marguerite Perey, lived in France. As a side note, “FR” is also the country code designated for France.

Who Uses this Term?

The term “for real” is mostly used by adults and teenagers, but many kids who are active online can also be seen using it as well.

When to Use this Term?

As stated earlier, there are various uses for this term. You can use it to tell others that you are actually going to do something and that you are not lying. You can also use it to express your surprise or disbelief after hearing or reading some statement. You could even use it alongside a compliment to convey your sincerity.

Other Words to Use Instead of “FR.”

If using “FR” makes you uncomfortable, you can simply use the word “really” as it can mean the same thing in most cases. 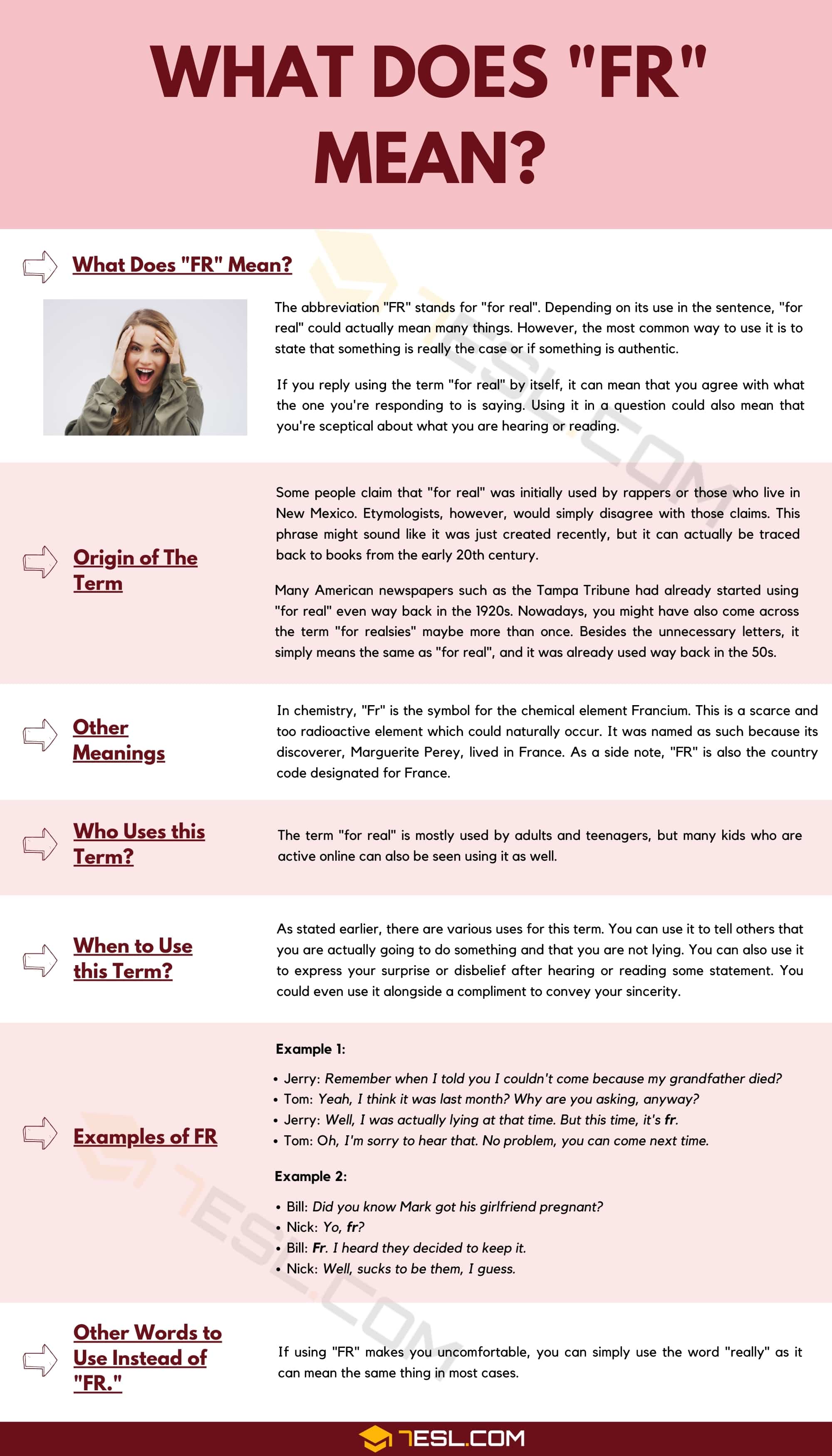 I am a kid and mostly and actively online and my friends mostly use the term “fr” and this website really helped!