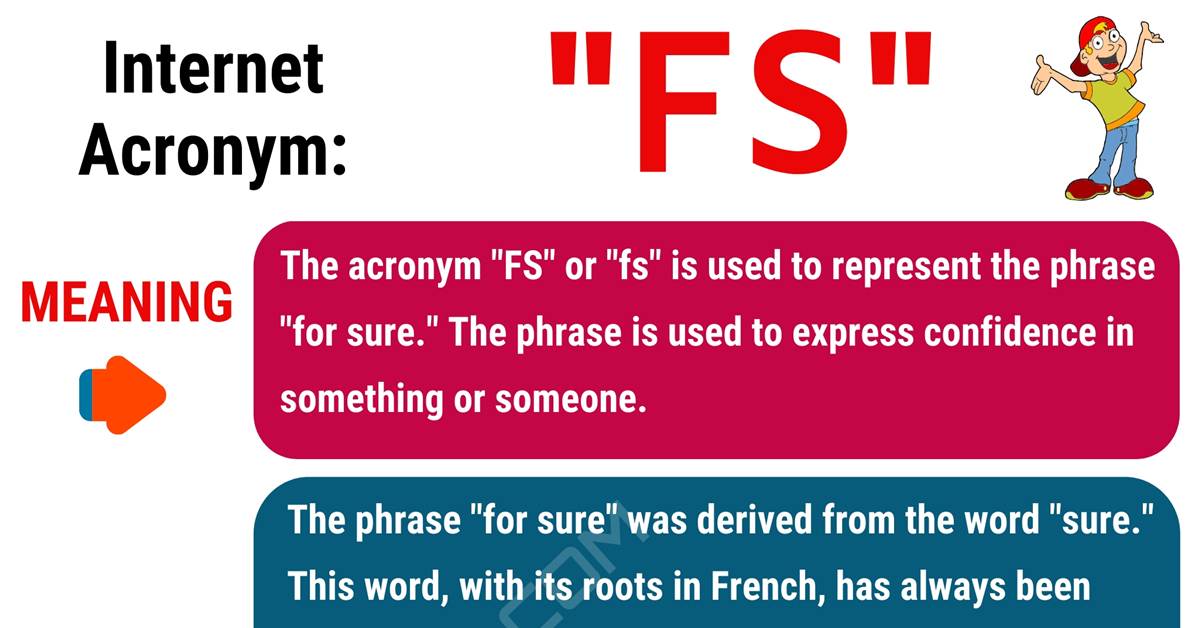 The acronym “FS” is one of the more well-known acronyms used in online conversation and text messaging today. If you have encountered this phrase and have spent some time trying to figure out what it means so you can respond, then look no further. Here you will not only find the meaning of this acronym, but you will also discover information about its origin if it is available and discover other possible meanings of the acronym as well. Lastly, you can have a look at the example conversations provided for further understanding of how to use the acronym in context and look at some suggestions provided of alternate words or phrases to use in its place.

What Does FS Mean?

The acronym “FS” is used to represent the phrase “for sure.” The phrase is used to express confidence in something or someone.

The phrase “for sure” was derived from the word “sure.” This word, with its roots in French, has always been defined to mean that someone was certain. “Sure” became a well-known and used word sometime between 1300 and 1350. It is unknown when the phrase “for sure” began to be used. Some tend to believe it was when so-called valley girls in California began to develop their own language. However, some believe that it has been used for far longer than that.

There are numerous other meanings for the acronym “FS” that are used as a form of internet abbreviation. There are far too many to mention them all here. However, some of the more popular phrases that this acronym is said to represent include “for sale” used on car forums, “full service” used in online ads of a sexual nature, “friends” used for slang in texting, “f$%k sake” used in texting and internet discussions, and “full send.”

Other Ways to Say “FS”

There are several words you can use to replace the acronym “FS” when you are messaging online or cellphone. Some of the words or phrases you could use alternately include: for certain, definitely, without a doubt, etc. 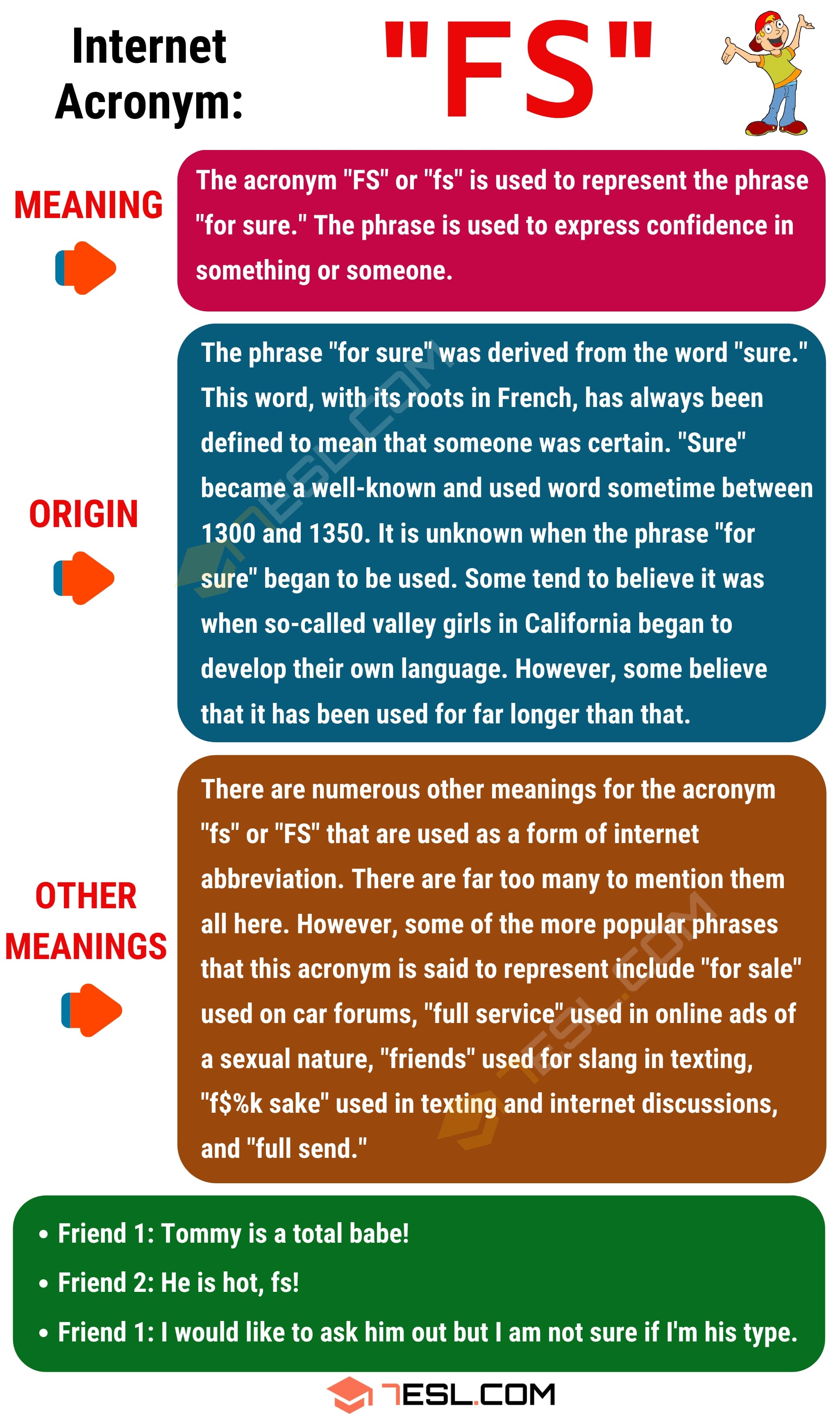 What does fss mean if someone says that to you.