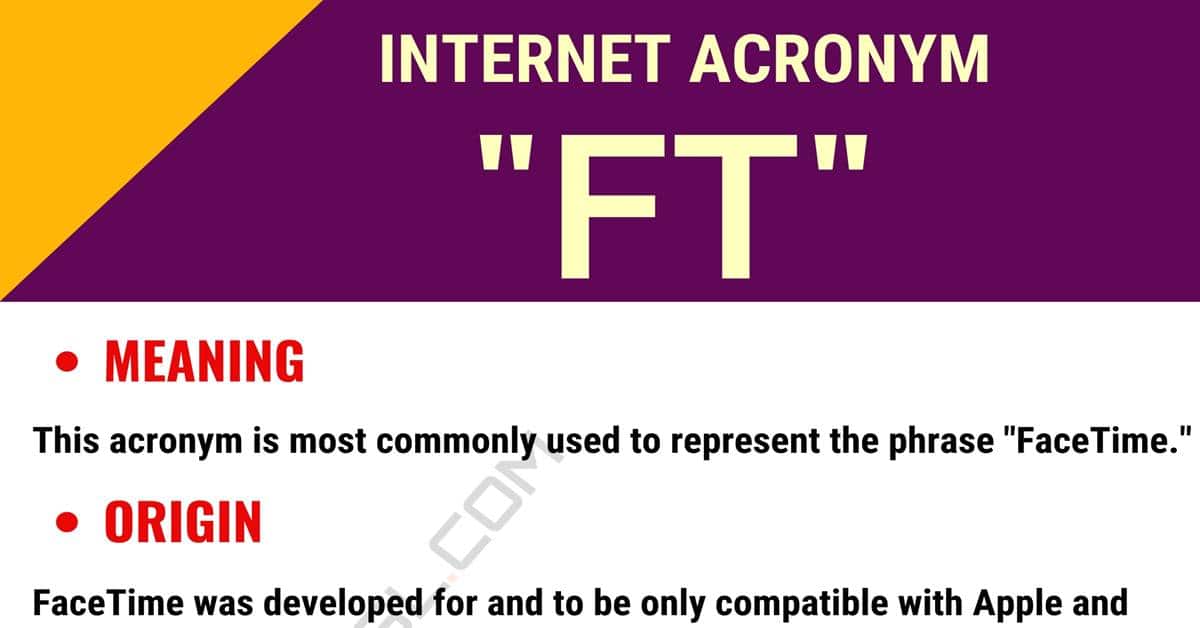 If you are the owner of Apple products, then the acronym “FT” is probably one you are familiar with. However, if you prefer to use the Android operating system, then you might not be as familiar with this acronym. Here you will find out the meaning of this acronym, the origin of this term, and some other meanings for the acronym if there are any to be found. You will also see some example conversations using this acronym properly to help you better understand its meaning. Finally, you will see some synonyms for this acronym and the phrase it represents if it is possible for other words to replace it without changing its meaning.

What Does “FT” Mean?

This acronym is most commonly used to represent the phrase “FaceTime.”

FaceTime was developed for and to be only compatible with Apple and Mac products. The application was announced in 2010 and officially released to the public in 2011. Although the app comes free with Apple and Mac products today, the first app required purchase because it was released after the newest devices had already been manufactured for purchase. The app is a form of video technology that allows users to make calls and see one another in real-time via such video while they talk.

Since this acronym most popularly represents the name or official title of something, there are no synonyms available that you could use without changing the meaning of the phrase it represents. 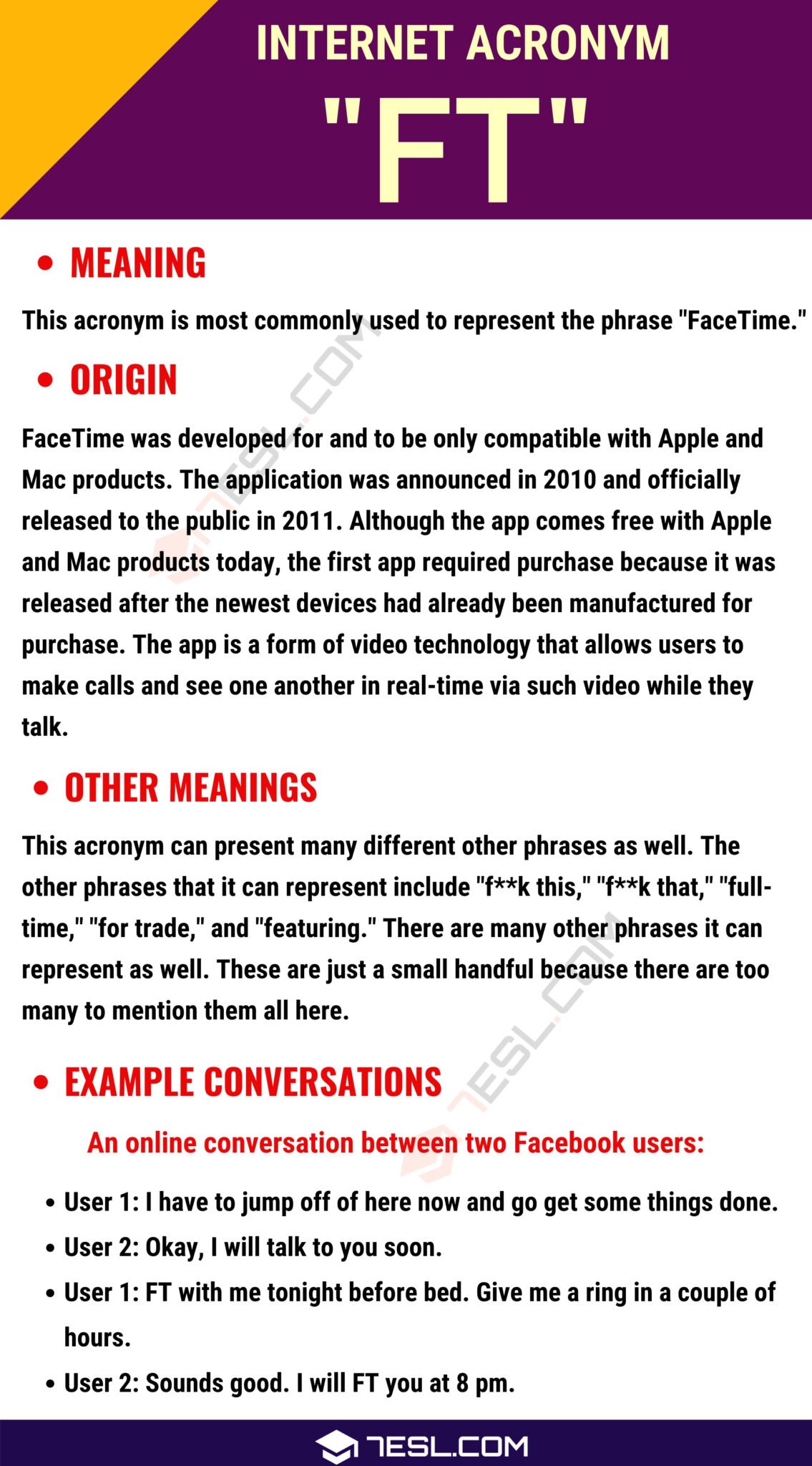