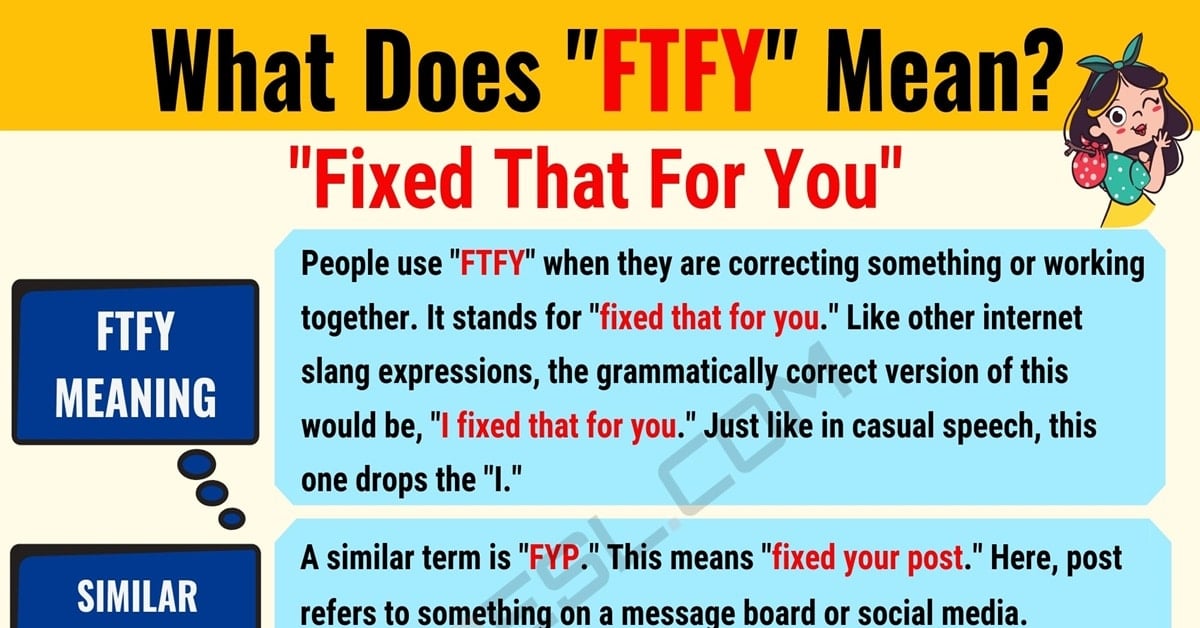 What does FTFY mean? In this article, you will learn the definition and usage of this internet slang word with ESL picture and useful text conversations in English.

What Does FTFY Mean?

FTFY stands for “fixed that for you.”

People use this texting abbreviation when they are correcting something or working together. It stands for “fixed that for you.” Like other internet slang expressions, the grammatically correct version of this would be, “I fixed that for you.” Just like in casual speech, this one drops the “I.”

A similar term is “FYP.” This means “fixed your post.” Here, post refers to something on a message board or social media.

This expression can also be used to troll other users for posting something. It can show a sort of sarcastic disapproval of the content of their post.

Although “FTFY” can be found in many platforms online, it is commonly used on Reddit where users engage in long threads of comments and discussions.

Co-worker 2 read over co-worker 1’s work and fixed the mistakes in it.

Here’s an example of trolling. Social media user 2 is showing that he disagrees with social media user 1’s post that Batman is better than Superman. This is a form of opinion so fixing it implies that something was wrong in the first place. 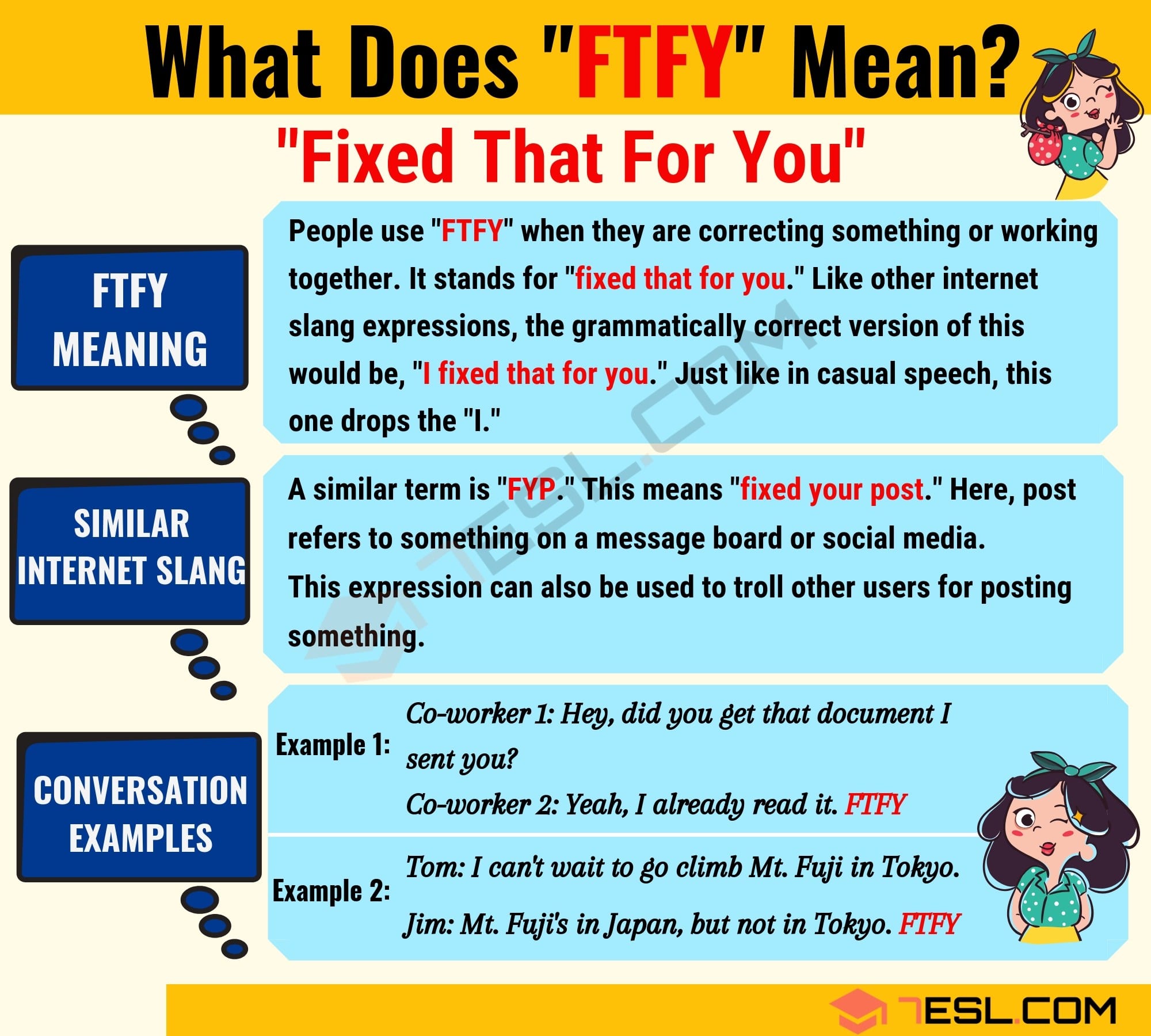